Traditional speech processing has focussed on the audio signal produced by a talker and has been successful in developing a variety of audio-speech applications.  In this project, the visual component of the speech signal (the face and in particular lip movement) will be examined in addition to the audio speech component. 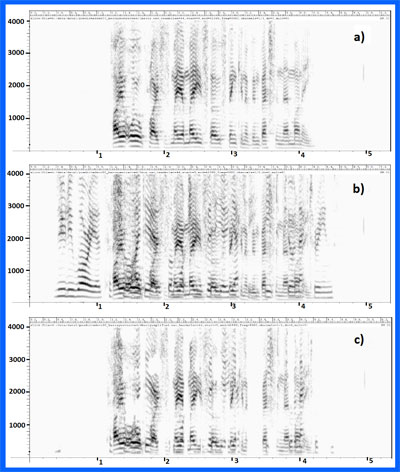 While less information is present in visual speech features than in audio speech features, they do have the distinct advantage that they are not contaminated by acoustic noise. The project began by analysing the relationship between audio and visual speech features with the aim of extracting noise-free audio information from a combination of noise-contaminated audio features and visual features. These visually-derived noise-free features were then be applied to speech processing applications such as speech enhancement and speaker separation.