Centre for African Art and Archaeology

Promoting the arts and archaeology of Africa

Enquiries about the Centre and its programmes may be made to its Director, Professor Anne Haour, or its Secretary, Dr Abigail Moffett.

In October 2009, the University of East Anglia established a Centre for African Art and Archaeology to reflect the strong convergence of research and teaching interests related to Africa and to promote the arts and archaeology of the continent.

Currently, ten members of  the Sainsbury Research Unit (SRU) and Art History and World Art Studies and belong to the Centre, with primary research interests in the visual and material culture of Africa. African arts also play a major role in the collections of the Sainsbury Centre for Visual Arts (SCVA), which share the School's home in the Norman Foster-designed Sainsbury Centre building. The newly developed Centre for African Art and Archaeology will coordinate this assemblage of interests, bringing together the activities of staff and students to foster the development of research and teaching on the arts, archaeology, and cultural heritage of the African continent.

Below, you can find a brief profile of the researchers involved in the Centre. You will also find details of past visiting speakers.

We are currently finalising our schedule of speakers for 2021-2022, and talks will involve a mix of online (Zoom) and in-person events. Please check again soon for the latest news! 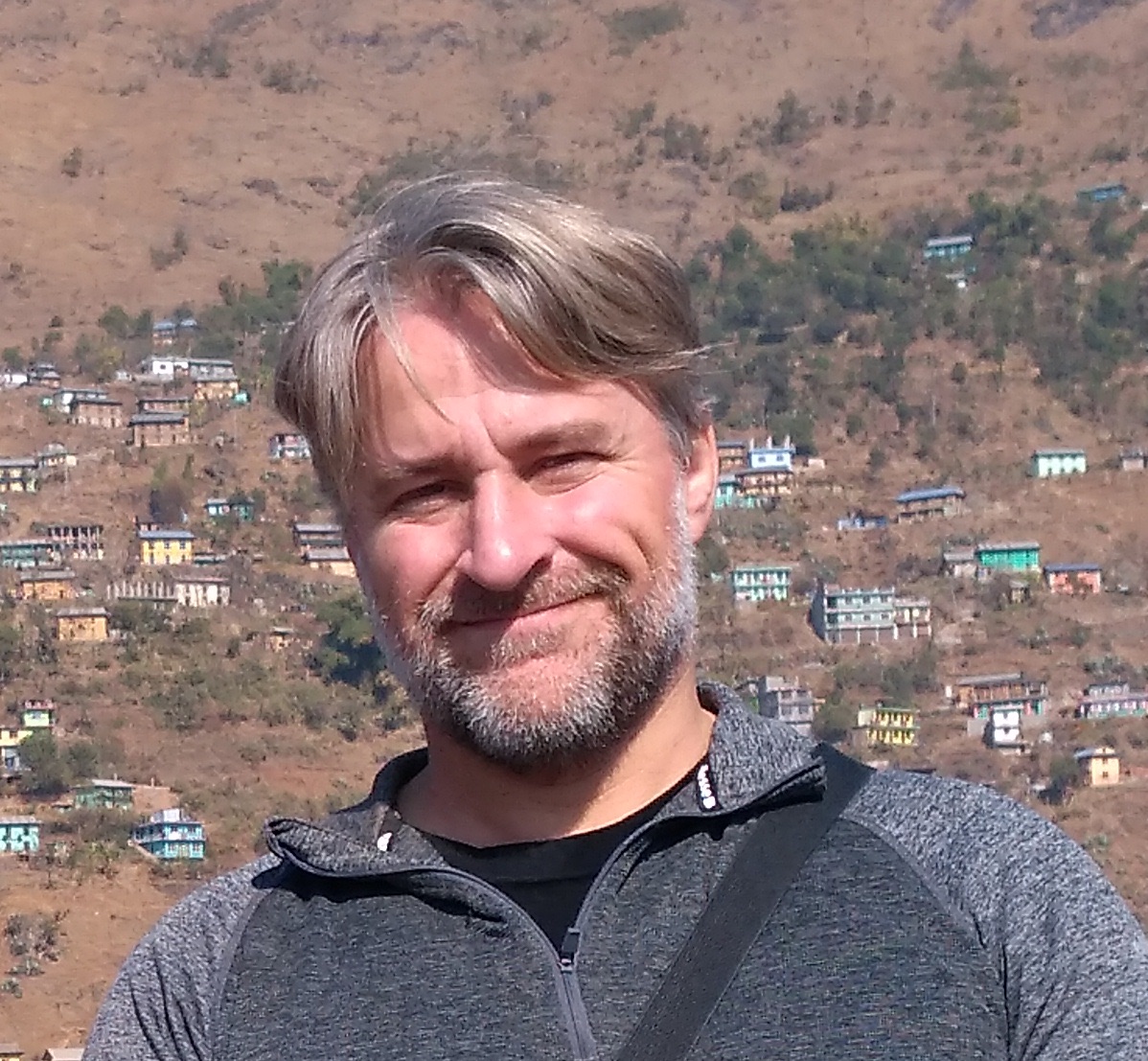 ate change. He combines consultancy work on climate change and human development with research into how human societies responded and adapted to past rapid and severe changes in climate, with a focus on the Middle Holocene period. This research focuses on how the reorganisation of the global climate between about 6400 and 5000 years ago may have influenced cultural trajectories in the northern hemisphere subtropics and contributed to the emergence of the world's earliest civilisations. Nick’s research and publications explore how our understanding of past human-environment interactions can inform contemporary responses to climate change, through adaptation ‘on the ground’ and by the challenging norms, values, worldviews and ideologies that both drive emissions-intensive activities and vulnerability to climate change. Nick co-directs the Western Sahara Project with Joanne Clarke, and conducted field-based research into the archaeology and past environments of Western Sahara between 2002 and 2009. Prior to that he conducted geoarchaeological work in the Fezzan region of Libya. Nick has a PhD in climatology from UEA's Climatic Research Unit, which examined the links between climate change, land use and drought in the African Sahel. Much of Nick’s consultancy work is focused on Africa, and recent collaborative research has addressed the implications of climate change for tangible and intangible African heritage.

Dr Jo Clarke is Senior Lecturer in the Department of Art History and World Art Studies at the University of East Anglia. 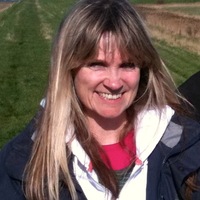 She is an archaeologist with extensive fieldwork experience in Western Sahara, Cyprus, Lebanon, and Gaza. She researches the archaeology of marginal environments. Her current research focuses on mobile communities and early agriculturalists in arid and marginal environments and particularly where it pertains to their responses and adaptations to climatic change. She is a contributing author to the heritage section of the Africa chapter for the upcoming IPCC Sixth Assessment Report (AR6).

Dr Simon Dell is an art historian of the visual culture of the early twentieth century, with a special interest in photography; 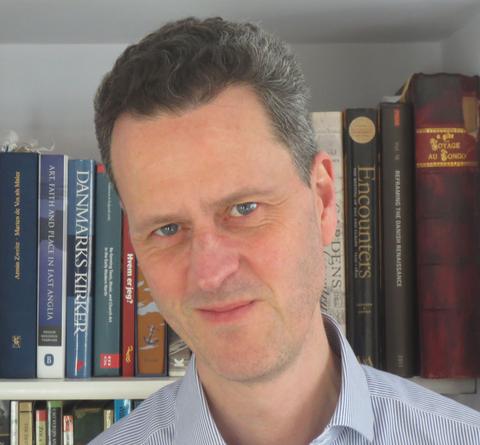 he has written a number of works addressing the relations between freedom, oppression and representation.  His most recent book considers photography and subjectivity in the colonial context: 'The Portrait and the Colonial Imaginary: Photography between France and Africa, 1900-1939' (Leuven University Press, 2020).  He is currently completing a book about Communism.

Professor Anne Haour FBA FSA, an archaeologist who focuses on the archaeology of Africa, has conducted excavations in Niger and in 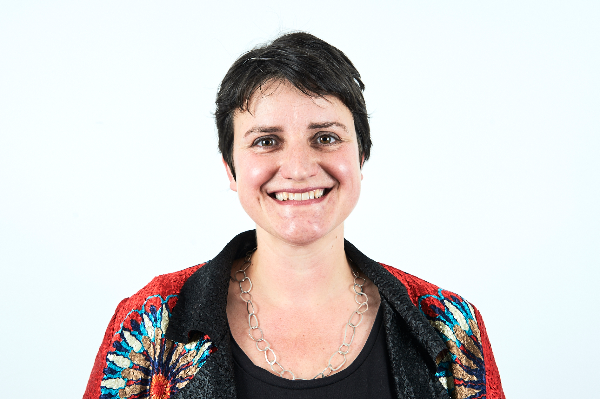 Bénin exploring the creation and maintenance of boundaries, the interrelation of archaeological and historical data in descriptions of 'empires', and the materialisation of contacts through artefacts. She recently developed these questions in a research project tracking the routes by which cowrie shells came to West Africa from the western Indian Ocean. This involved excavation in the Maldives and the study of pottery of Indian, Chinese and Middle Eastern origin; the book presenting the results should  be out later this year. She has also researched topics relating to present-day Africa, such as religion and identity among Hausa communities,  the impact of coastal erosion and climate change on heritage and livelihoods, or depictions of the continent in schools and the media. 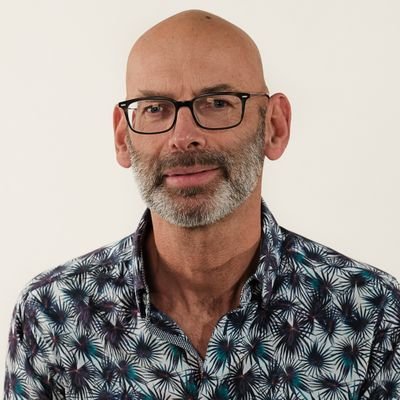 Dr Ferdinand de Jong is Senior Lecturer in Anthropology at the University of East Anglia, where he teaches African art, Anthropology, Material Culture, Cultural Heritage and Museum Studies. He conducted fieldwork in Senegal, which resulted in Masquerades of Modernity: Power and Secrecy in Casamance, Senegal. When one of these masquerades was recognised as UNESCO Masterpiece of Intangible Heritage, De Jong shifted his interest to cultural heritage. With Michael Rowlands, he co-edited Reclaiming Heritage: Alternative Imaginaries of Memory in West Africa. His current work is on the decolonization of colonial heritage in Senegal. His monograph on this subject is forthcoming with The International African Library and Cambridge University Press. 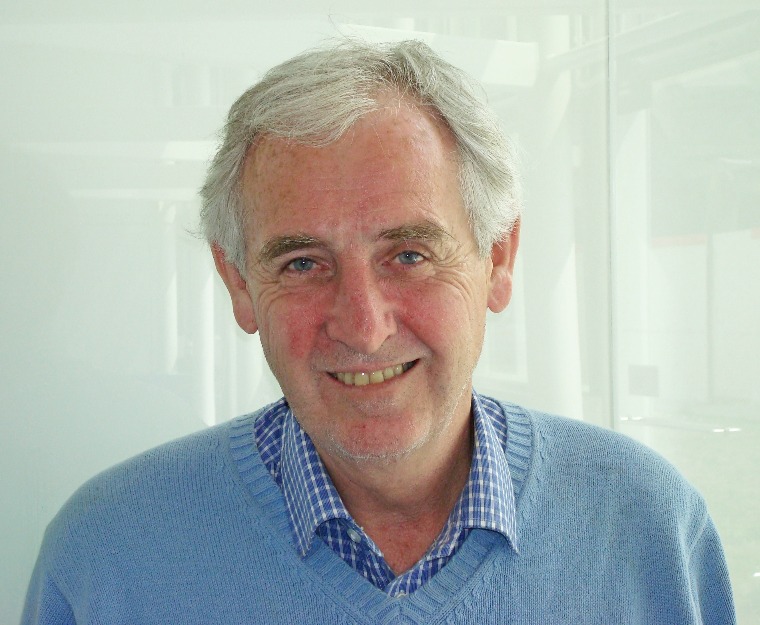 of the Museum of Mankind. He was President of the British Institute in Eastern Africa from 2005-2011.  His research has focused on Congo, South Sudan, Kenya and the islands of the western Indian Ocean (especially Madagascar) taking a broadly anthropological approach to art, material culture and archaeology. Recent  books have discussed questions of memory and art (2003), the process of miniaturisation (2007), experiences of the sea (2011) and the relationship between art and death in sub-Saharan Africa (2019).   He is currently working on a comparative study of coastal cultures including chapters on the Atlantic and the Indian Ocean coasts of Africa. 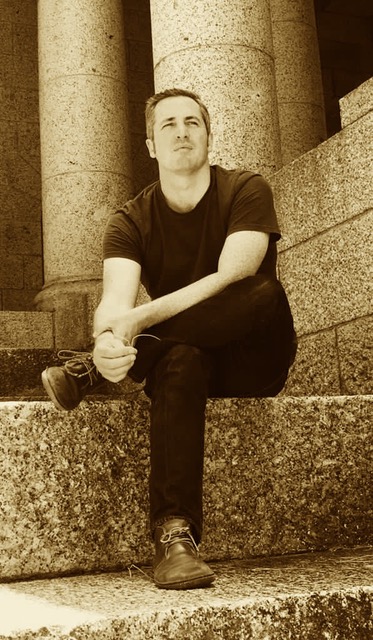 Dr Chris Wingfield has previously worked at the Museum of Archaeology & Anthropology in Cambridge, the Pitt Rivers Museum in Oxford and Birmingham Museum and Art Gallery. His current research, 'Re-collecting the Missionary Road', focuses on the material culture of the southern African interior during the nineteenth century. Chris is also a co-Investigator on a major AHRC grant Museum Affordances, led by Paul Basu at SOAS. This is focused on the collections made by Northcote Thomas, first government anthropologist in Nigeria, and their significance and potential today.

Dr William Carruthers is a historian of archaeology, heritage, and decolonisation in their global contexts. Focusing on Egypt, Sudan, and India, his research traces the ways in which archaeological practice 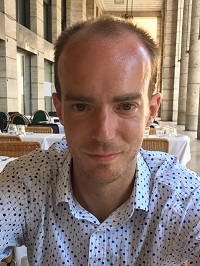 and the development of heritage as a global phenomenon dovetailed with post-war moves to independence, at the same time as dealing with the consequences of this process today. Trained in archaeology (BA and MA, UCL) and the history and philosophy of science (PhD, Cambridge), he is currently a Leverhulme Early Career Fellow in UEA's Department of Art History and World Art Studies, working on a project called 'Making Global Heritage: Afro-Asianism and the Archaeological Survey of India'.

Dr Bea Leal is an art historian with research 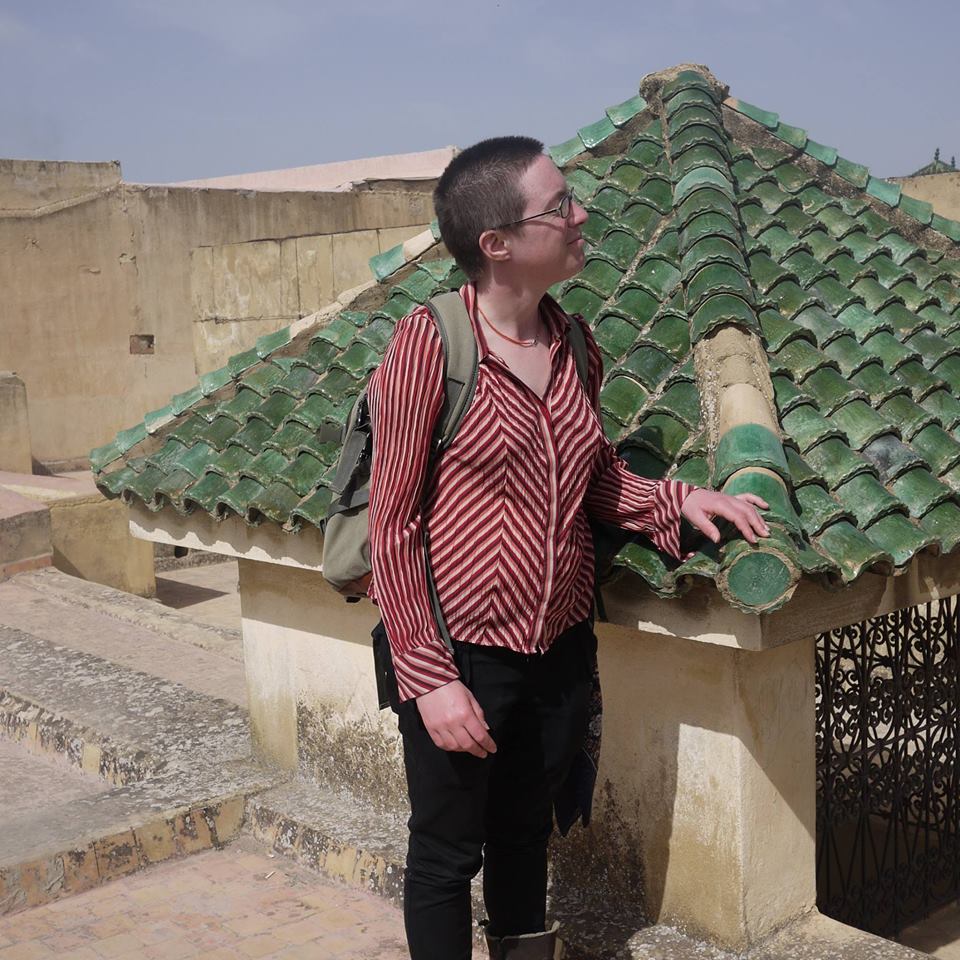 interests in the late antique and early Islamic Mediterranean and North Africa, particularly focusing on architectural and other non-figural motifs, and uses and perceptions of materials.  She is currently finishing work on a postdoctoral research project, based in the Faculty of Classics at the University of Oxford, about medieval Islamic mosaics in the Great Mosque of Damascus, and their counterparts in the Levant, Arabia, and Egypt.  She is also part of an archaeological and art historical project investigating the early medieval church of Sant'Ambrogio in Montecorvino Rovella in southern Italy. 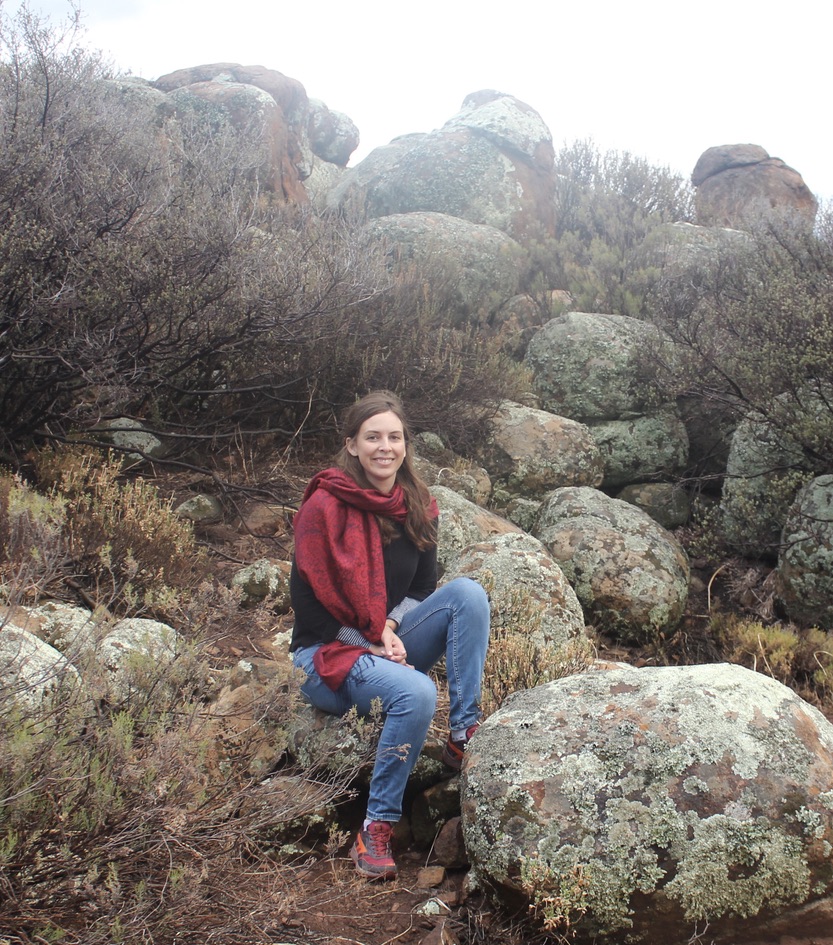 Dr Abigail Moffett received her doctorate in archaeology from the University of Cape Town and has undertaken extensive archaeological fieldwork and archival work in southern Africa. Her doctoral research used the examination of a copper craft production locale in northern South Africa to explore themes of power, political economy, craft and gender in precolonial communities in the region. In her recent work she has become particularly interested in exploring the biographical value of traded objects and the nature and impact of frontiers and entanglements across the African continent. She is currently pursuing this through a British Academy Newton International Fellowship project entitled ‘Commodity circulation, consumption patterns and early global trade networks: a study of the cowrie shell in African archaeological contexts’.

Here is an introduction to some of our fantastic Africanist PhD students, part of our postgraduate researcher community.

Claire McGee is a postgraduate researcher with an interdisciplinary interest in global material and visual cultures.  Her research concentrates

on the documented experience of the Marock subculture, on social media, during the Covid-19 pandemic, and the visual archive which has been produced during this time.  In the Marock subculture, originating from Botswana, members style themselves with a distinctive heavy metal aesthetic drawing on cowboy imagery, with some parallels elsewhere on the continent. Her thesis demonstrates how the members of the Marock subculture use costuming, and performance to empower themselves, creating meaningful identities, and a strong sense of community; and how their adopted Wild West aesthetics recognise their familial background in cattle-herding, playing an important role in the self-fashioning of the subculture. This research aims to develop the study of visual and material culture in Botswana, at the same time challenging some long-standing images of Africa. More widely, her research touches on themes such as subcultural identities, costuming and performance; death and commemoration; as well as social media.

Bolaji Owoseni is working towards her PhD and is also a Lecturer in Archaeology at Kwara State University, Nigeria.

Bolaji joined the Sainsbury Research Unit after a Master’s degree in Archaeology at the University of Ibadan. For her doctoral research, she focuses on the case of Ilorin, a historically-significant city in north-central Nigeria. Her research investigates the development of the city prior to the 19th century, as seen through its archaeological material culture. To this end, she carried out excavation and survey at the abandoned settlement of Okesuna. Her major focus is on understanding what information pottery studies can provide on the past people of Ilorin, in relation to regional social, and political interactions. Her other areas of interest include ethnoarchaeology, community engagement, and Cultural Heritage studies.

and Catholic missions in the mid-Twentieth century in Kwango, Democratic Republic of Congo (DRC). She is particularly interested in Congolese colonial and post-colonial art (with special attention to sculpture), Catholic archives, and missionary exhibitions. She holds Masters degrees from the Sainsbury Research Unit and from the University of Padua. Her professional experience includes working in the curatorial team of the Diocesan Museum of Vicenza, from 2017 to 2019.

Novelette-Aldoni Stewart is conducting research on leather technologies in the 19th century Kalahari, with specific reference to the peoples who inhabited the region, their technological and manufacturing know-how, the socio-political and cultural dynamics within the regions at that time, and objects collected along the missionary road. This research is a Collaborative Doctoral Partnership between t

he University of East Anglia (UEA) and the British Museum: Endangered Material Knowledge Programme, with funding by the Arts and Humanities Research Council. This ties in more broadly into her interest in the research and the conservation of non-European material culture. Prior to her doctoral research, she received her MSc in Conservation from University College London's Institute of Archaeology. Her degrees earned in the United States include a MA in Arts Administration from New York University, and a master’s degree in Law and Diplomacy from the Fletcher School of Law and Diplomacy. Her professional experience spans 25 years in the UK as well as in various foreign countries, working in different capacities – cultural researcher, curator, object conservator and collections care expert -- for a range of museums, cultural organisations, stakeholders, and source communities.

We convene conferences and organise regular speaker events. Our recently-completed series is as follows, and we'll be doing something similar in the next academic year. 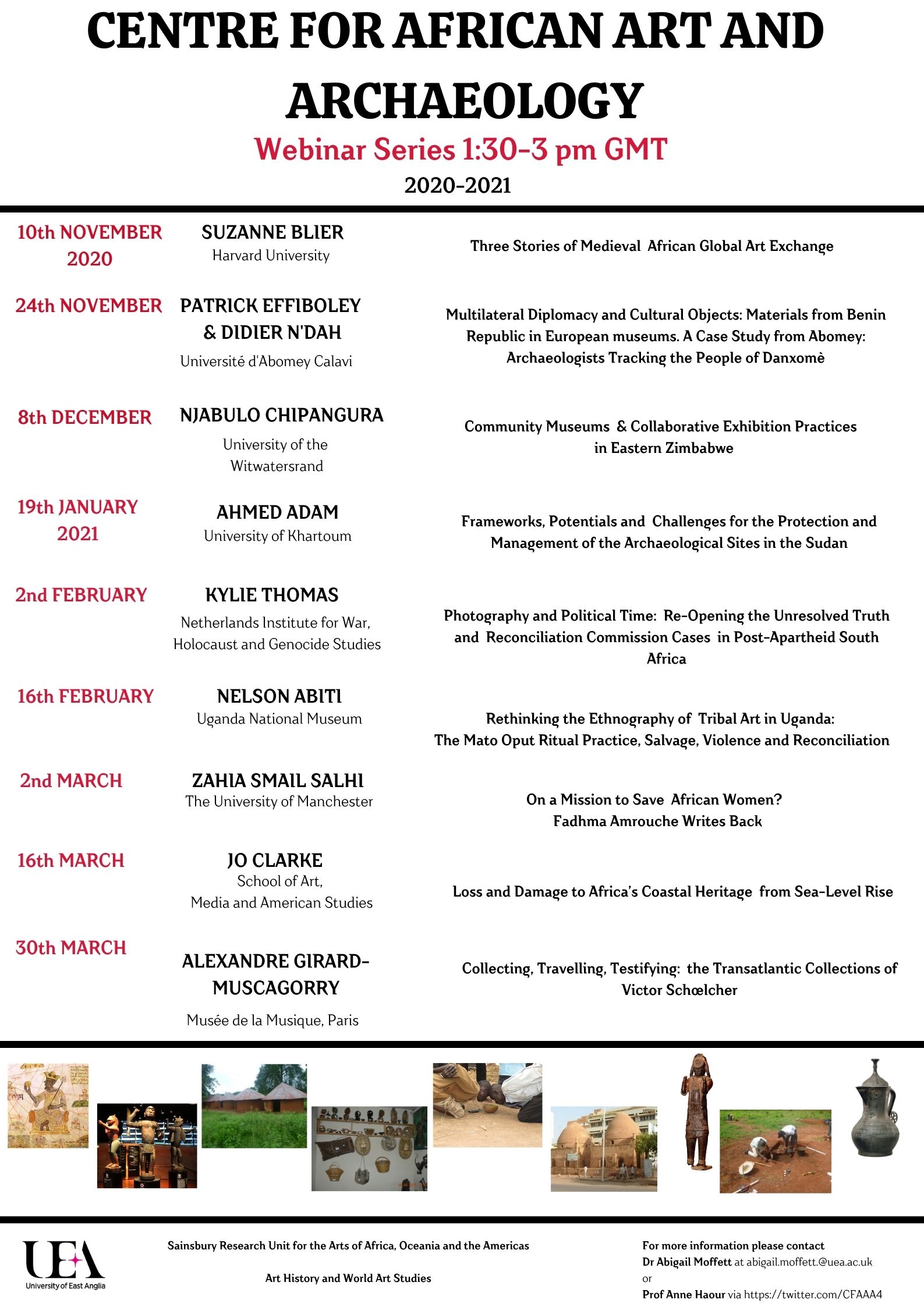