**Please note this article mentions suicidal thoughts in some detail. If this is a trigger for you, please be aware.** 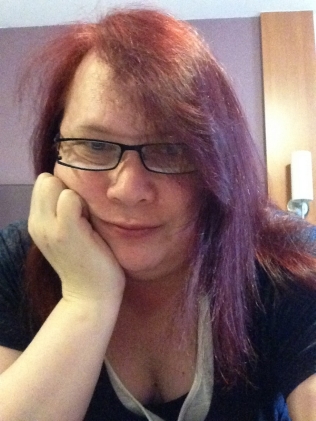 If you were to randomly select twenty people, line them up in a row and stand back several paces to have a good look at them, there are several things about this group you could not answer.

One of those things is who is left-handed, and who is right-handed.

We understand now, in the 21st century, that not everyone’s brain is wired the same. Some people’s brains are wired to use their left hand, and others their right. Today, society (by enlarge) accepts this and left-handed people are no longer forced to use their right hand. (Sadly, there are still places in the world where this is not the case.)

There was a time, however, when even “developed societies” forced left-handers to use their right hand. In fact, for centuries corporal punished was employed throughout the world to force left-handed people to conform to what society considered to be correct.

Being punished for using the ‘wrong hand’ came at a significant cost to those that were left-handed, and the process of being forced to use your non-dominate-hand had a significant detrimental impact on their lives. Many of the persecuted developed stutters and other life-long issues as a result.

As a side note, it is interesting, and no accident, that ‘right’ not only means your right hand, but also ‘correct’. And this is true in many, many languages, not just English.

Look again at this group of twenty hypothetical people, and I bet you also cannot identify their gender.

Sure, you could remove their trousers or look up their skirt and make a guess at their sex, but gender, just like hand dominance, resides in the brain.
Have we learned nothing from centuries of persecuting left-handed people? How long will it take society to understand that you cannot change how a person’s brain is wired without considerable negative consequence? And it doesn’t matter if it is in relation to hand dominance, gender identity, sexual orientation or a myriad of other things that makes you different from me.

The gay & lesbian community have been asking heterosexuals for years; if sexual orientation is a choice, when did you choose to be straight? The answer of course is they didn’t, because your sexuality isn’t a choice. It’s how your brain is wired.

Nor is it a phase you’re going through and will one day grow out of. There is no decision-making age for sexuality, or gender identity, or hand dominance for that matter. It is just is how you are, how your brain is wired, how you were born.

I’ve been reading in the news recently where they are trying to block minors from having access to hormone inhibiting medicine. This medicine delays puberty and gives the trans youth time to work things out and settle on a course for their life.

People who have never, ever doubted their gender and have never looked in the mirror at a strangers face, cannot begin to grasp the concept that this is the only thing some of us think about. That, as a trans person, in everything we do, we question our gender. I write more on this in an upcoming article, so I shall resist the urge to explore it more here.

But I will say this…

Just because my brain works differently from a CIS person’s, it doesn’t make my experience any less valid.

Just because trans people are outnumbered by CIS people, it doesn’t make our collective truth any less true.

There we are again, that word: Right.

I knew to the very core of my soul.

Now, I appreciate not every trans person has the same level of clarity that I had at age seven. Like everything, being trans comes in a range of varying degrees. This is why we have counselling, to help us work it out. This is why the medical process of transitioning includes a time period of living in the opposite gender before making irreversible medical alterations to the body. This is why these puberty delaying medicines are so, so very important.

If trying to change a person’s dominate hand caused them significant distress for the rest of their life, can you imagine the impact of forcing someone to live in the wrong gender?

Probably not. So let me tell you about my experience.

From as far back as I can remember, around the age of six or seven, there was not a single day where I didn’t fantasise about committing suicide. And by fantasise about suicide, I mean every single night I lay in bed dreaming up different ways to kill myself. From guns (of which I owned several as I grew up in the States), to overdoses, to carbon monoxide poisoning. In my head I designed hundreds of machines that would bleed me dry or blow my head off.

I’d drift off to sleep praying to God to remove the abomination between my legs, and then curse him in the morning when I awoke to find it still there. When I was very young, I learned that Satan’s proper name was Lucifer. I remember thinking that if God wasn’t going to cure me, maybe Lucifer would. And, this being years and years before the internet, I turned to the only source of contact information I had, the phone book. I was looking for a Church of Lucifer. However, because I was so young, and didn’t actually know how Lucifer was spelled, I found a listing for a Lutheran Church, and thought that seemed about right. Of course, I wasn’t nearly brave enough to actually speak to the gentleman who answered the phone, I sometimes wonder what would have happened if I did. But this indicates just how young I was when my soul was crying out for help.

Whenever my brain was idle, I’d ask myself, ‘what should I do?’ And every single time, my brain would scream back, ‘KILL YOURSELF.’

In my teens I wrote love poems and stories to ‘suicide’, whom I likened to a lover that kept me company at night and comforted me as I tried to go to sleep. I have a few of those to this day, and they would chill your bones if you read them. I’ll just say that suicide was very beautiful. She had long, jet black hair, wore sexy, silky dresses and high heels, and her bright red lipstick was dripping with poison.

These thoughts and this desire lasted until the day I started hormone replacement therapy, then it stopped as if someone had turned off a switch. For the first time in my life, when I had idle time and I asked myself what I should do with it, I no longer wanted to die.

There are a lot of things we still don’t understand about the brain. But one thing I can say with absolutely certainty, you can’t rewire it. It doesn’t matter if it is something like hand-dominance, sexual orientation or gender identity. Sure, people can fake it. Pressure or punish them enough, and they’ll get you to believe anything you want. But you won’t actually change who they are.

In the case of transsexuals, we can, however, very successfully change the body to match the brain. And this brings a level of relief to our invisible trauma that is nearly beyond words.