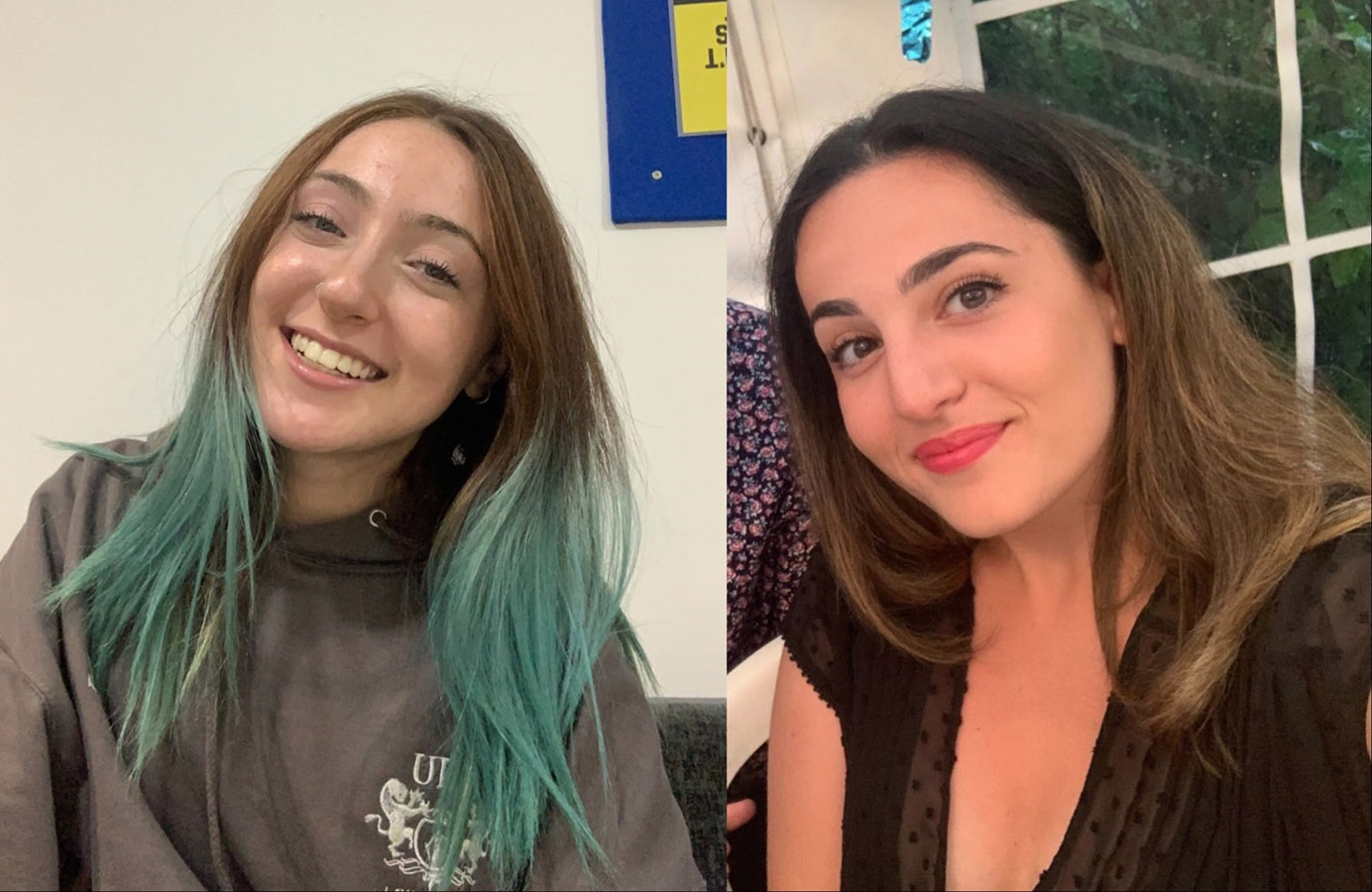 This Thursday (27 January) marks 77 years since the liberation of the Nazi concentration and death camp Auschwitz- Birkenau. This date has been immortalised as Holocaust Memorial Day, remembering the Jewish men, women and children who suffered under Nazi persecution, six million of whom were killed.

On this day, schools, communities and faith groups around the UK come together to commemorate the victims of the Holocaust, which also included the LGBTQ+ community, Jehovah’s Witnesses, the Roma community, those with disabilities, political prisoners, civilians in occupied countries, and so many more.

This week, we sat down with two members of UEA’s Jewish Society (JSOC), Samantha Lewkowicz (first-year representative) and Jasmine San (Social Sec) to remind us why it's important to remember the Holocaust, discuss their personal connections to the atrocity and explain why lighting candles helps humanise the victims and ensure their memories aren’t lost.

Why did you join JSOC?

JS: I joined JSOC in my first year at University as I went to a Jewish school and come from a Jewish family, so it represented a home away from home. It brings a sense of community as it’s a group of people who have had similar upbringings and went to similar schools, but also because we can relate to one another. As an Israeli Jew, I often feel that people are judging me, however, I never feel judged in JSOC. It’s a safe, understanding environment.

SL: Similarly, I joined JSOC because it’s an environment where you find people who have the same beliefs, rituals, or old family traditions. It brings a sense of familiarity, especially when you can talk about family dishes you ate growing up, or reminisce about songs you learnt during primary school.

But the thing I’m most grateful for in JSOC, is knowing that I have a support system when it comes to antisemitism. Every person there has suffered some form of antisemitic abuse, so we can relate to one another and offer guidance on how to deal with it. It's a community of people who understand how it feels to face prejudice, so it’s nice to know that I have that network of support.

Why is it so important that we remember the Holocaust?

SL: Because antisemitism wasn’t a new phenomenon, it did not start in 1939, nor did it end in 1945. It started slowly, with name calling, stereotypes and segregation. The Holocaust is a reminder of how small acts of prejudice can evolve into something much bigger, much more threatening. Therefore, we must not be bystanders and let small acts of hatred be ignored.

When I think of the Holocaust, I also think of the people who hid Jews and helped them avoid persecution. They risked their own life to help, and that reminds me that we must not be neutral in acts of injustice. We're the last generation who can meet Holocaust survivors and listen to their testimonies. Therefore, we have a responsibility to remember them and educate people on the dangers of discrimination, for it can start in the smallest of acts.

JS: Firstly, because it wasn’t that long ago. There are still living people who can remember it and experienced it, which shows that even in modern times atrocities like that can happen and entire nations can turn against you. If I didn’t know that the Holocaust happened and someone told me, I wouldn’t believe them. It's shocking.

It's important that we learn from the past and be aware of what discrimination can do. And the fact that there have been genocides since, like the Rwandan genocide, shows that we haven’t learnt our lesson. This was not a one-off atrocity, so it’s so important that we keep passing knowledge down to future generations to educate them.

What does the Holocaust mean to you?

SL: I think of my grandpa who was a Holocaust survivor, and born in Piotrków, Poland, in 1926. He died when I was young but at his funeral, which is known as a Shiva, his friends told stories of my grandpa’s courage and kindness, even in the worst situation imaginable. When walking three miles from an ammunition factory which he was forced to work in, my grandpa carried a friend who could no longer walk. Had my grandpa not helped him, he would have been shot.

Another time, my grandpa saved his portion of food for a friend who was dying of typhoid. Without that food, his friend would have inevitably died. As his granddaughter, I feel immense pride knowing that he was a hero even in those dire circumstances. However, the Holocaust also reminds me of all the family that I could have had. My family lost a great number of people, people I could have connected with, spent holidays together, all gone.

JS: It makes me proud to think that we’re still here and still strong, despite going through so much in the past. The Holocaust was just one example of religious persecution towards the Jews, a lot of Jewish families are from all over because Jews have historically been rejected from their countries. Yet, we’re still strong and still growing. The strength and courage people showed during the Holocaust is also remarkable. I’ve heard stories of people retaining their faith and ensuring they still prayed despite being incarcerated in concentration camps - that’s really inspiring.

How are you marking Holocaust Memorial Day?

JS: We have booked a room for people to come and watch an online testimony from two Holocaust survivors and scholars will be there to also give a talk. The week after we will also be hosting an exhibition in the Hive on pre-war Jewish life. There’s also a tree planting ceremony which will be taking place across England; 80 trees will be planted to mark 80 places in the UK that welcomed Jewish refugees, Norwich being one of them. That's taking place in Chapelfield and a few members from JSOC will be attending. For further information on these events, you can contact JSOC.

SL: There is also another Holocaust Memorial Day for Jews, called Yom HaShoah which falls on Wednesday 27 April this year. My family and I mark this day by receiving a candle from the Yellow Candle organisation which gives us the age of a Holocaust victim, where they lived, when they were born and the age they were when they died.

We will then make up a story about them, we think of their life before the Holocaust, what kind of things they would have liked, what hobbies they would have had. We do this to personify the victims of the Holocaust, and remember them as what they were, people. Instead of being another number or statistic, we aim to humanise them.