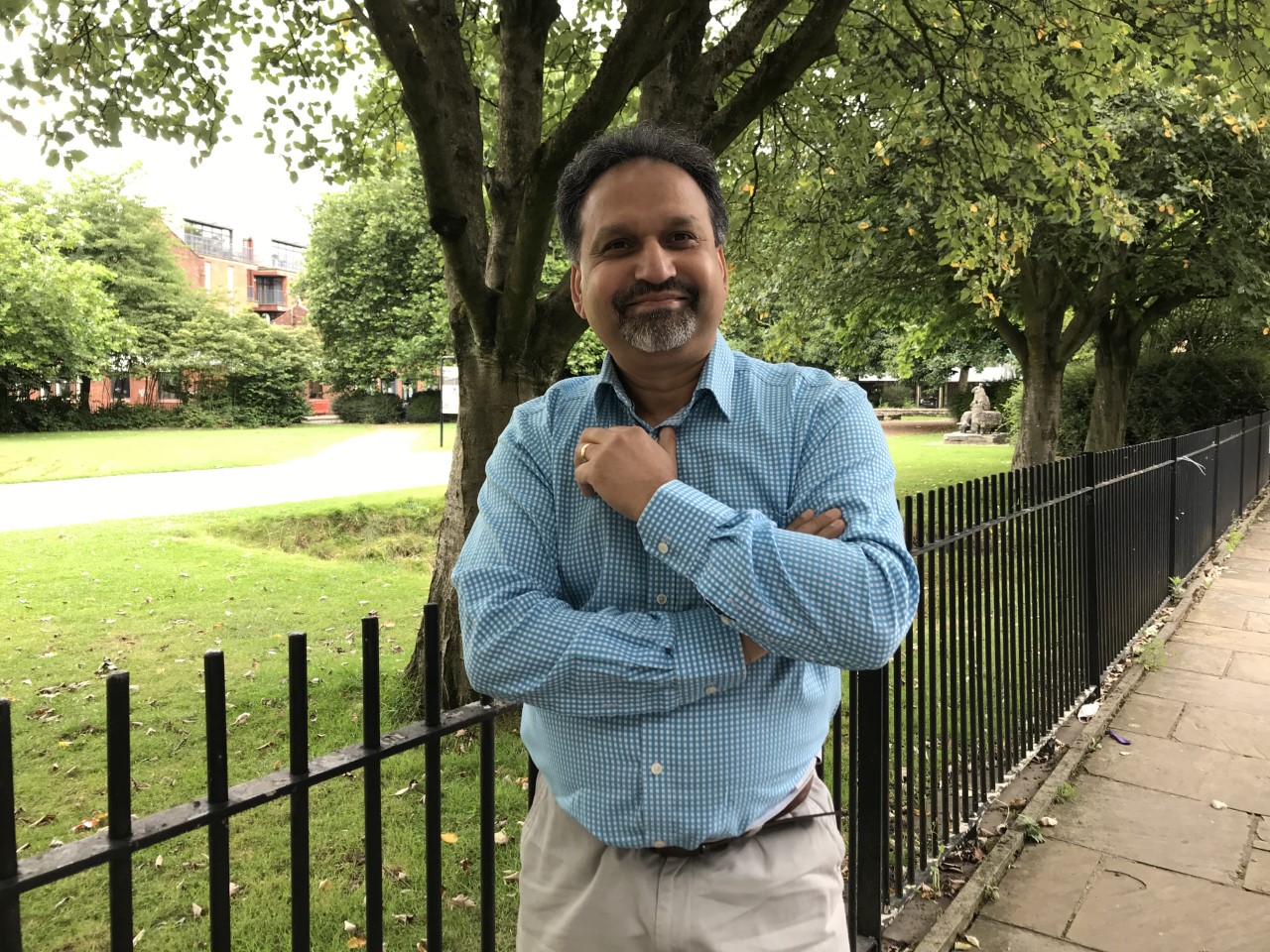 For most aspiring journalists, the prospect of being taught by a veteran of the BBC would be an opportunity too good to miss. And for UEA journalism students, this prospect is now a reality, with Barnie Choudhury, award-winning journalist, editor-at-large for the UK’s number one south Asian newspaper, Eastern Eye, and communications consultant. He worked at the BBC for 24 years and recently became the School of PPL’s newest Lecturer in Broadcast and Multimedia Journalism.

Barnie, who specialises in reporting on diverse communities, and has won several industry awards for his work, has interviewed heads of states, prime ministers and presidents. However, he is most passionate about his work with courageous campaigners for the Forced Marriage Act 2007. Having reported the first so-called honour killing in the UK, Barnie was able to use his journalism to campaign for changes in the law.

With such a vast and exciting career, we couldn’t wait to sit down with Barnie to discuss how he broke into the business and his wife, and UEA’s commitment diversity, were key reasons for him coming here. And since he has returned to full-time teaching, we made sure to ask for tips for budding journalists who also strive for this success.

My wife would say my best interview was with the courageous campaigners for the Forced Marriage Act 2007, and I would have to agree.

What made you want to become a journalist?

Three reasons. First, as a working-class immigrant, we would watch ‘Nai Zindagi Nai Jeevan’, a BBC programme for newly arrived south Asians. It was 1969, and it was presented by Mahendra Kaul and Saleem Shahid. The BBC programme had people who looked like me. That gave me confidence to know I could do what they did, and I followed in their footsteps.

Second, in 1975 my father stopped my talking while he listened to news of martial law in India. He put his hand over my mouth while I’m sure I was trying to say something important. It was the wonderful Mark Tully reporting on a crackly line from Delhi for the BBC. At that moment, I made a pledge to myself to do what Tully-saab (a respectful south Asian way of saying “Tully-Sir”) did.

Third, in 1979, my mother was in hospital when I was 14. I wandered around the corridors and found hospital radio. Forever curious, I asked what the men, yes sadly, mainly white men did, and I asked if I could join. Not until I was 16, said the man. I remembered that conversation, and when I was 16, I joined as a volunteer. Long story short, thanks to the kindness of strangers, I became an award-winning broadcaster and journalist.

What was it like working as a BBC journalist for 24 years?

I look back with great fondness; too many memories to share. I was working class and I was awfully lucky. I got into a polytechnic through clearing – I spent all my time broadcasting, with the words of my sixth form teacher ringing in my head. “You’ll never make it. You’re brown, you can’t write, and you really should forget this pipedream of broadcasting. The BBC will never take you.” I applied, and I got in as a trainee.

I think the BBC is fantastic. For 44p per day, where else can we get public service news, drama, arts, children’s TV and sport? That doesn’t mean I’m not critical of what it does. Indeed, I write about its areas of weakness as editor-at-large for Eastern Eye newspaper and did so in my submission to the House of Lords. But the BBC allowed me to change policy and campaign for new laws. I also met some wonderful friends and talented colleagues. It’s a privilege to work for the BBC, and I know how lucky I am and have been.

What made you want to work at UEA? And how have you found it so far?

Honestly, my wife. She knew that I no longer wanted to be in senior leadership at board level, and that I really wanted to return to journalism and teaching. Incidentally, I have nothing but admiration for UEA’s leadership teams. What really attracted me was that UEA said it wanted diversity, and this means a lot to me. The interview was rigorous, but the panel was so friendly, and I remember laughing a lot. So, it just felt right, and when UEA offered me the job, it was a no-brainer. And I haven’t regretted it.

I have wonderful, supportive and pragmatic colleagues who get that I still want to practise, still want to change laws, I still want to hold power to account, and I still want to inspire the next generation of journalists to be the voice for those who don’t have one. I’ve been in academia since 1999, and I’m just so glad to be working with students once again who are going to be stars, with great UEA colleagues who’ve done it, do it and have got several t-shirts. We’re a small team, but I know we punch above our collective weight. It’s humbling working with them.

Who is the most interesting person you’ve interviewed? Do you have any unique stories?

I’ve been lucky enough to interview heads of state, presidents and prime ministers. Margaret Thatcher, David Cameron – and yes, Boris Johnson. My wife would say my best interview was with the courageous campaigners for the Forced Marriage Act 2007, and I would have to agree. In 1999, I reported the first so-called honour killing in the UK, a brother strangled his pregnant 19-year-old sister while their mother sat on her legs.

Her crime was to have an affair with her childhood sweetheart, while being the wife of someone she had been forced to marry. I knew these things happened in our communities, and once the case was over, I went to a meeting of women who wanted to change the law. I was able to use my journalism to campaign for that. It took until 2007, and my former boss, Baroness Patricia Scotland, Commonwealth secretary-general, was the Home Office minister at the time. She reminded me in 2016 about an interview I did with her, and how passionate I was about making this happen.

What advice would you give to aspiring journalists studying at UEA?

Whenever possible, I always try to say to anyone who comes to see me: “The answer’s yes, now what’s the question”. That’s because I’ve been incredibly lucky, thanks to the kindness of strangers. So, my message to any of our wonderful future journalists, entrepreneurs and leaders is this: never, ever, give up, hang onto why you want to do what you want to do. Let that motivate and guide you.

When someone says you can’t do this or you can’t do that or you will never achieve your dreams, dare to defy them. Never give anyone permission to make you feel bad or allow them to get inside your head. Be resilient. Ask for help. Dare to dream. Give yourself permission to fail. Failure is nature’s way of saying, try again until you don’t fail. Goodness knows, I’ve failed so often, and I know I will in the future. And finally, always be kind to others and to yourself. Karma has a way of putting things right.