I’ve always had a love/hate relationship with TV 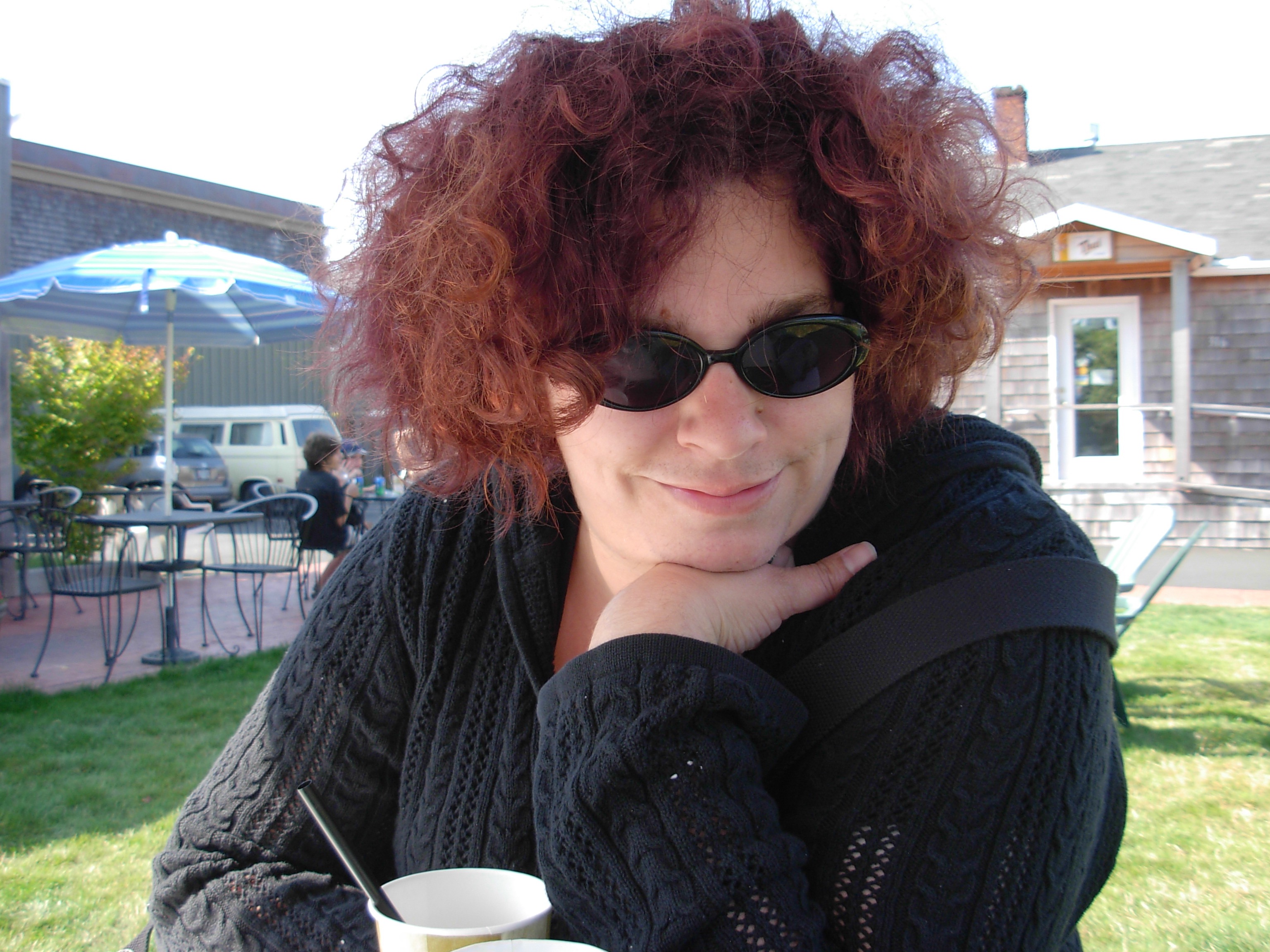 Erin Giannini is a TV writer. She has served as an editor and contributor at PopMatters and has published and presented work on television series such as Supernatural, Dollhouse, iZombie, and Angel. She is the author of Joss Whedon Versus the Corporation: Big Business Critiqued in the Films and Television Programs.

She completed a PhD in Communication and Media Studies at UEA in 2010 and will have her next book (Supernatural: A History of Television’s Unearthly Road Trip) published on 30 November in the USA.

As for specializing in analyzing TV? My brain tends to be a junk drawer of trivia, theme songs, commercials, and plot lines, so it seemed a good way to put that to work in a more productive direction.

Why did you decide to do your Film PhD at UEA?

It was actually because of Buffy the Vampire Slayer. When I had to eat lunch at my desk at work, I’d entertain myself by reading analyses of the show, from academic to general interest. UEA hosted one of the earliest conferences devoted to the series, and it occurred to me that this is something one could do professionally, as opposed to just annoying friends with weird TV talk over drinks, so UEA went to the top of the list of potential graduate schools.

Where did you study/work before coming to UEA and how did you develop your academic specialism in TV writing?

I got a degree in English literature with a theatre minor at Loyola University Chicago. I loved living in Chicago, so I stayed on after graduation, working various editorial jobs until I landed a permanent position as a medical copy editor for the Journal of the American Medical Association. I was able to take some graduate-level classes at University of Chicago and really loved it, so I decided to go back to school full-time. As for specializing in analyzing TV? My brain tends to be a junk drawer of trivia, theme songs, commercials, and plot lines, so it seemed a good way to put that to work in a more productive direction.

And what have you been up to since graduating?

I moved back to the states and am an independent scholar, focused on writing for both journals and edited collections. I published my first book in 2017 with McFarland and loved being able to stretch my writing legs in a longer format, so I kept going. My book on the series Supernatural is coming out November 30 from Rowman and Littlefield, and next year, one on The Good Place for Wayne State University’s TV Milestones series.

How did you get to the point of being a publish author?

I have to give much of the post-UEA credit to two sources: 1) a peer review that, while a rejection, took the time to provide a thoughtful critique that was vital in taking my work to the next level, and 2) the Southwest Popular/American Culture Association (SWPACA) conference. Not only was it the source of great discussions with fellow scholars (one of which led to my first-ever publication), but also publishers who were amenable to off-the-cuff pitches.

Even the things I thought were bad ended up teaching me something.

Writing about TV – I’m sure it sounds like heaven to a lot of our readers. What do you most enjoy about your job?

I love the moment of getting the idea, watching something new—or old—and seeing it in a new way that’s informed both by the analytical tools I gained at UEA and the work of others: screenwriters, crew, media scholars.

Before analysing TV had you always had a love of television?

I grew up in the 1980s, so I’ve always had a kind of love/hate relationship with TV. Plus, my parents thought much of TV was the equivalent of junk food, so there was a lot of watching PBS (a lot of which I loved) and sneaking around watching game shows and sitcoms. Yet even the things I thought were bad (poorly written, boring, trite) ended up teaching me something; whether it was about production intricacies or the social climate in which they debuted. I’m pretty sure I’m part of the last (US) generation that remembers having only three channels, but now there’s so much material from so many sources it’s overwhelming.

What was your favourite memory of studying or living in Norwich?

I think it’s more a collection of moments: long talks in the grad bar, unexpected kindnesses from near-strangers, wandering around the city center and soaking in the mix of new and very very old that’s not as common in the States. I will say that there was a coffee shop called Amity Point just north of Unthank run by a lovely couple and was the source of both awesome sandwiches and excellent conversation with both fellow students and locals.

What advice would you give to a student looking to write about media?

I’m making a broad generalization here, but I would say try to figure out what inspires your analytic sensibility. Is it watching things you love (but can see the flaws in) or hate (but can see why they exist)? Those two elements seem to be big drivers (in my experience). I tend toward the former; I tend not to hate-watch, as it doesn’t really inspire me.

Your new book Supernatural comes out soon. How did the idea for the book come about?

I have a mental list of TV series I want to write about, and Supernatural, which is (at this point), the long-running genre series in US television history, gave me a lot material to work with. It actually started as a conversation with a Rowman and Littlefield editor at the SWPACA conference, as a possible candidate for the “Cultural History” series, but he was hesitant because the show hadn’t ended yet. He finally agreed to let me submit a proposal, and a week later the end of the series was announced; that was an amazing and unexpected bit of timing. The goal, which I hope I met, was to straddle the line between general interest and academic, to make it accessible to a larger pool of readers.

I have a number of articles coming out in the near future on both film and television. I’m also collaborating with other scholars on larger projects. I’m co-editing an edited collection on Good Omens with Mandy Holmes Taylor, and my friend and colleague Kristopher Woofter and I are launching a series of our own with Bloomsbury called B-TV: Television Under the Critical Radar and are excited to see where it goes.