Throughout December we're celebrating the achievements of UEA Alumni in this extraordinary and challenging year.

This week we share the stories of five more graduates: an 'unsung' hero supporting thousands of vulnerable people in Pakistan, a nurse turned author who returned to the NHS in 2020,  a community star, a groundbreaking bone cancer researcher, and a poet who didn't let a pandemic get in the way of his performances. 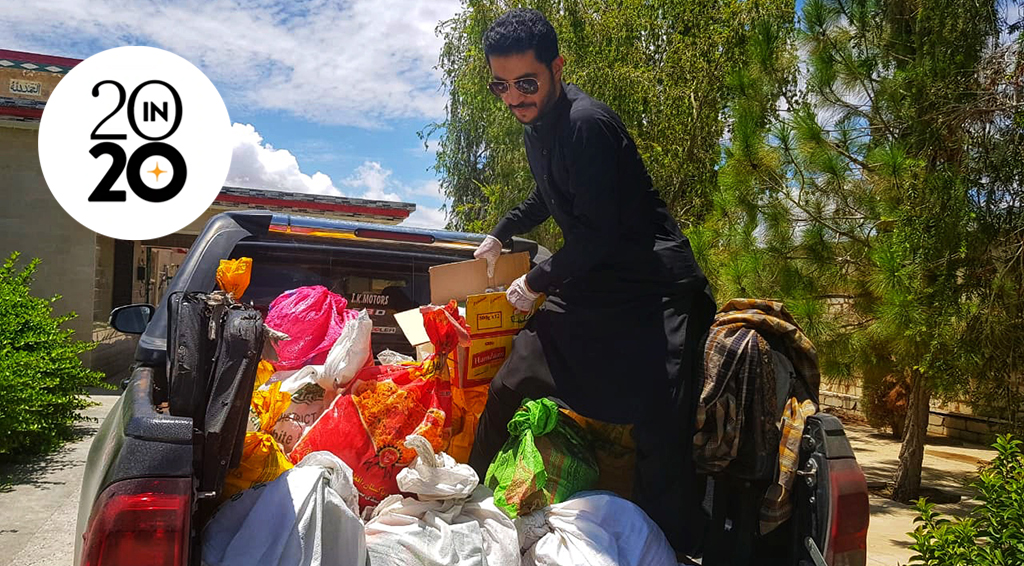 ‘Looking back, we feel overwhelmed – our entire team. We have managed to help more than 15,000 people. We did not think in our wildest dreams that we could achieve something this big.’

When COVID-19 struck, UEA Development graduate Sikander Bizenjo immediately leapt into action and set up a charity to support his local community in Pakistan. With the help of friends and fellow UEA graduate Benari Mengal, the Balochistan Youth Action Committee has helped deliver vital supplies to thousands of vulnerable people.

From essential food and medicine to books for children who don’t have ready access to the internet, it’s been an extraordinary achievement – made even more impressive considering that his region, Balochistan, is the largest and least populated in Pakistan.

‘The logistical challenges have been the prominent ones,’ says Sikander. ‘The infrastructure is not good and the people in the mountains are those who are most marginalised. So we have had to rely a lot on community and volunteer support.’

His efforts have been recognised by the World Economic Forum. Bill Gates recently included Sikander in a blog he wrote about the Seven unsung heroes of the pandemic.

‘I did not have a normal COVID year,’ says Sikander. ‘I did not have free time to explore new hobbies. The time I got free from my professional job, due to lockdown, we started delivering food to the most marginalised people’.

Find out more about Sikander and Benari’s work.

‘I was still working as a nurse, and had a two-year-old daughter at home,’ she said. ‘So I came up from London for two days each week and stayed in Norwich overnight.’

Well, 2020 may well trump it. The nurse and beloved, best-selling author has been as busy as ever.

This year she has finished writing and released a new book, her fourth, The Courage to Care, and taken on a new role at UEA, as Professor of Medical and Health Humanities. And when the pandemic struck in mid-March she joined many former medical professionals, and returned to the frontline to support the NHS in its response. She worked through the first peak as a lead compassionate care nurse.

‘Watching the situation unravel and escalate compelled me to go back out there and get stuck in,’ she wrote at the time. ‘I hope I will be a help and not a hindrance. I am rusty and this is not something I planned for or expected, but I will do whatever is needed, wherever I am needed.'

Not content with supporting one worthy cause this year, graduate Anne Morley has spent 2020 lending her support to four separate endeavours, from encouraging local business to embrace sustainable practice and delivering much-needed goods to asylum seekers.

It’s through local group SPARKS – ‘Saving the Planet through Awareness and Recycling in Knaresborough’, her local town – that Anne’s been spreading the word on how to live more sustainably. 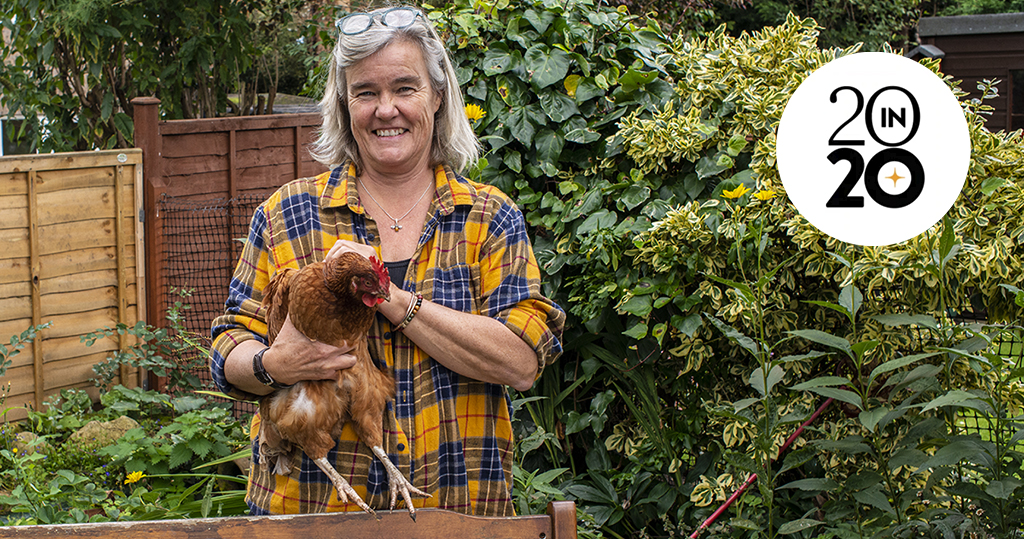 ‘I’ve been trying to reduce plastic in the local town,’ she says. ‘I’m a hearts and minds person. People have reached the point where they take action by themselves, but we can help by visiting all the businesses in town and asking them what they were up to and what they were planning on doing. A lot of the businesses now use paper bags not plastic bags and a lot have a tap instead of plastic bottles.’

Anne has also been helping out at a local food bank, taking food that’s in date but been discarded by supermarkets to those who really need it. ‘This area, Harrogate, is considered to be quite posh, but it’s not the only story,’ she says.

And she’s been supporting asylum seekers too, working with one of her students (an asylum seeker himself) to deliver clothes to those who have recently arrived in the UK.

‘In March, many asylum seekers were moved to hotels rather than detention centres,’ she says. ‘This meant that they weren’t getting their £35 weekly allowance. They were living in these nice hotels but standing in the only clothes they had.’ Many people were spending lockdown clearing out lofts and taking things to local charity shops, so Anne crowd-sourced clothes, shoes and other essentials and drove them herself to a charity based in Leeds.

And, finally, there are the animals and insects in Anne’s life. She’s part of a group of women beekeepers in the town and has two hives with 50,000 bees – and she also started lockdown with new companions, rescue chickens that were destined to be slaughtered.

‘It’s about starting small,’ she says. ‘We can all do something.’ 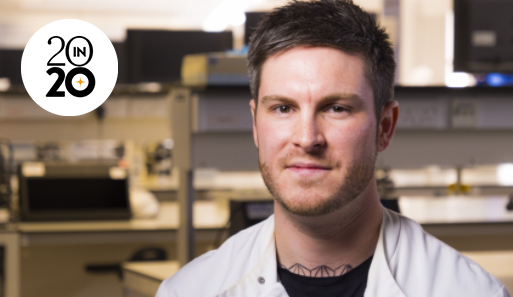 Dr Darrell Green has been inspired to study childhood bone cancer, ever since his best friend died from the disease as a teenager. So when he published a paper that identified a set of key molecular mechanisms that drive the spread of bone cancer to the lungs, it was a proud moment.

‘We had submitted our highly important research paper to The Journal before lockdown and while we were told in March that national lockdown would last for three months, there was no start date for the complex task of reopening research labs,’ said Dr Green.

‘Every day that we are not in the lab is another day longer before we can make better patient treatments. But then we got the exciting news midway through lockdown that our paper had been accepted and was being published. That took the sting out of lockdown a little bit!’ said Dr Green.

The spread of cancer, known as ‘metastasis’, is the leading cause of cancer related death. But studying metastasis, in order to develop targeted treatments, is difficult because of a lack of surgical intervention at later disease stages. Dr Green’s team developed new technology to isolate and study circulating tumour cells taken from patient blood samples. These cells are critical for studying how the cancer spreads to other parts of the body but are challenging to trace as they only occur once in every billion normal blood cells.

Since its publication, the paper has received worldwide attention and the discovery is said to be the most important in the field for more than 40 years.

‘We were a big team, with 21 of us from all over the UK, who worked extremely hard for three years. It’s my proudest work to date and I was extremely happy that the paper was finally out.’

Dr Green, who has a BSc in Biological Sciences and a PhD in Molecular Biology from UEA, is now a lecturer and group leader in Norwich Medical School at the University.

‘Managing to get our work recognised despite the pandemic, plus highlighting the fact that there still exists a severely left behind childhood cancer in terms of treatment progress is a huge achievement. I really hope that the paper forms the basis for new studies that ultimately lead to better cancer treatments.’

Dr Green studied Biological Sciences, graduating in 2009, and returned to complete a doctorate in cell biology in 2013

The pandemic has had a huge impact on the performing arts, with both small, independent venues and national theatres and concert halls closing indefinitely. It threw many of those who make a living live on stage into a period of harsh uncertainty as shows were cancelled and future careers hung in the balance.

Not wanting to rest on his laurels, poet Luke Wright turned on his webcam and started recording online shows, streamed live on Twitter every night. Soon he’d completed seven performances in seven nights straight - and he didn’t stop until he made it to 100.

‘It all happened very quickly,’ says Luke. ‘It was very depressing watching cancellations coming in. I enjoy going out and performing in different places and I needed to do something, to take control. 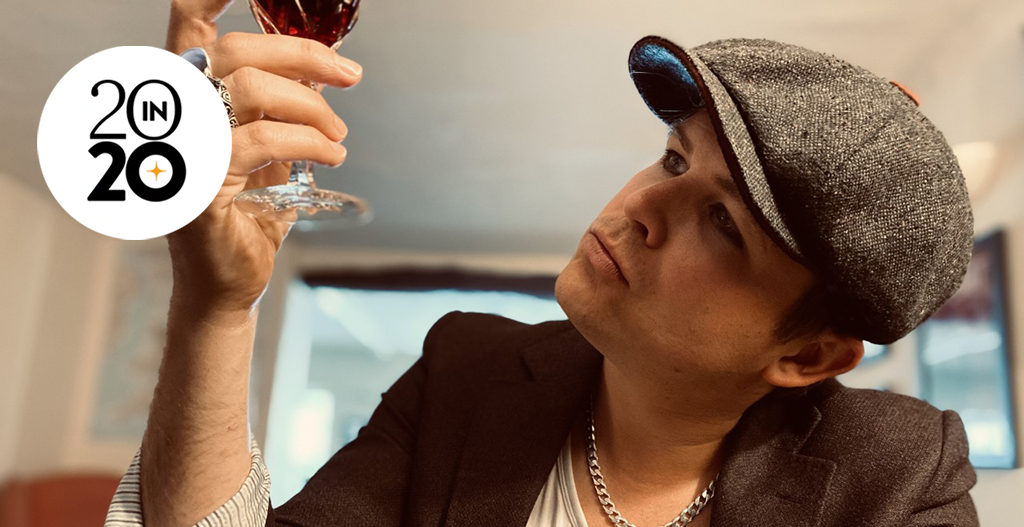 ‘So I plundered my back catalogue and gave online a go. Originally, I said I’ll do it every night until it was over. I didn’t quite realise how long it would go on for...’

Some people watched every night. ‘They seemed comforted by it,’ he says. ‘They liked to know I was there. People in the public realm become anchors in some way.’

‘You can’t do gags,’ he says. 'If you sat around a dinner table and launched into stand up people would think it was quite odd. It had to become a walk through my id, letting the first thoughts that came into my head run wild.

‘People liked the intimacy,’ he adds. ‘I think it was the closest to me that people have seen.’