Throughout December we're celebrating the achievements of UEA Alumni in this extraordinary and challenging year. This week we share 2020 stories from five more graduates: a breakthrough TV star, an entrepreneur giving people a renewed sense of confidence, a nurse and popular poet, a key member of the UEA Women's Alumni Network group, and a young filmmaker making waves during lockdown. 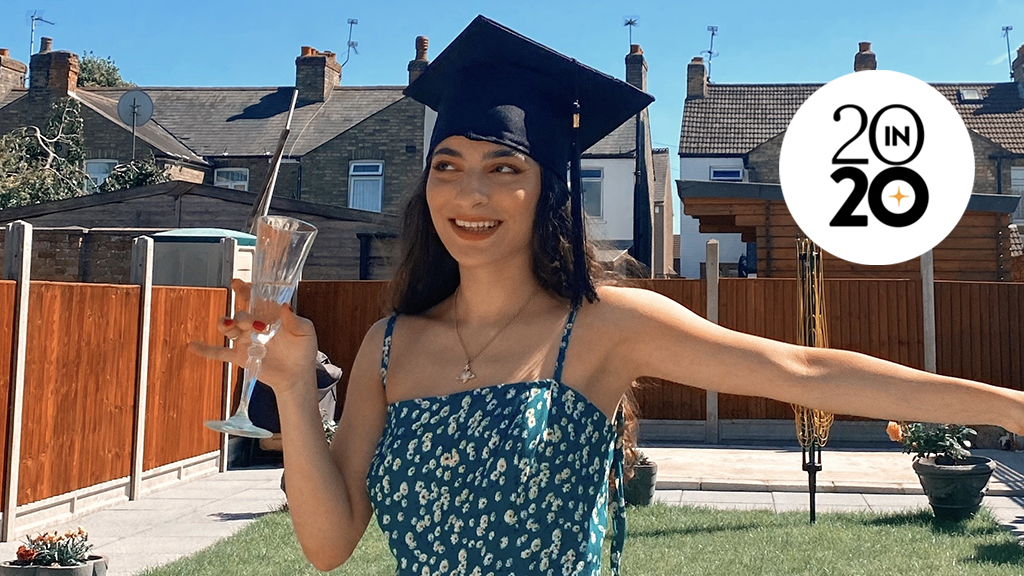 Buket Komur graduated this summer. A third-year Film Studies and English Literature student, popular vlogger and budding actress, she was looking forward to a final term at UEA, seeing herself in a soon-to-be released TV drama and breaking into a new career with a steady stream of live auditions.

But a global pandemic changed all that. She left Norwich months early and completed her studies at home in London. She missed friends and in-person events and says she found it hard to find the motivation knowing that her graduation ceremony, as for all of this year’s graduates, had been postponed.

Honour, the ITV drama she had starred in – playing the real-life so-called ‘honour killing’ victim Banaz Mahmod – was postponed. The live auditions - cancelled, or moved online.

But despite it all, Buket achieved a first class degree. Honour, much delayed, was released in September, to critical acclaim. And she’s navigating her way into an acting career, with a role in Tin Luck, which has been nominated for Best UK Short at Raindance Film Festival.

‘I was hoping to hit certain milestones in 2020. It seemed like it wouldn’t happen and then it all just happened at the same time!

‘And with Honour I’m pleased as I think a lot of people have come out and said they weren’t aware of honour-based violence. It feels important that we’ve managed to educate people about a real-life issue.’

Joel Akwenuke’s mission was to create a digital clinic for men at all stages of hair loss.

A graduate of Norwich Medical School, Joel now works as an A&E doctor in south London. But he’s also been running a new business in his spare time. NewFade is a specialist hair service which started out offering non-surgical hair replacement solutions for men with Afro-textured hair. They’ve since seen a surge in demand from all ethnic backgrounds.

‘What we’re doing is solving people’s problems and people’s self-esteem issues,’ says Joel, who started the business in 2019. ‘We often find they have a renewed sense of confidence.’

The venture is inspired by Joel’s own experience with hair loss, which he experienced during his early 20s. After looking for a medical solution, and then at transplants – which can cost thousands of pounds – Joel came up with the idea of using more traditional means of hair replacement.

‘We’ve taken things that are traditionally stigmatised, like hair units or toupees, and we’ve made them modern and stylish,’ he says.

The UEA Enterprise Centre supported him in setting up his business – he was awarded £7,500 from the UEA Enterprise Fund in November last year, and his business has been building rapidly since. It’s picked up coverage in Forbes and ‘Google for Startups’ and this year was featured on the BBC. And following a challenging year, Joel’s got his sights set on bigger things.

‘The pandemic has affected our supply chain, but it gave us the bright idea of creating our own supply chain back in Africa,’ he says. ‘We’re now working on a big project to create a supply chain back home in Nigeria, so we know that when people purchase from us, they’re actually investing back into Africa.

‘I feel very, really proud, but I also think there’s so much more that can be done. I feel really hungry and inspired to do more.’

There aren’t many who can say they are both a frontline NHS worker and celebrated performer – but Piers Harrison-Reid is a man with a foot firmly in both camps.

Piers graduated with a BSc in Adult Nursing in 2015 and currently works as a bank nurse in the Emergency Department at the Norfolk and Norwich Hospital (NNUH).He’s witnessed the extra strain placed on the NHS this year by the COVID-19 pandemic, as well as being part of the collective effort of its workforce.

‘It’s been up and down, and over the course of the different peaks, it has been stressful,’ said Piers. ‘Things change every day so you have to be on your toes and ready for anything – but the people attracted to medical professions tend to be able to think on their feet so they’ve taken it in their stride. I think collectively people on the frontline are tired and worn down, but I know it’s also brought everyone closer together because we’ve all been through a lot.’

Outside of his nursing work, Piers is an acclaimed poet – and it was a specific group of healthcare workers who inspired a collaborative project with UEA in July this year.

‘I wanted to write something to say thank you to healthcare students, who really hold up the NHS and have had to learn a huge amount very quickly. There’s a lot more expected of them than when I started and they do such vital work; it felt like they weren’t getting enough recognition.’ 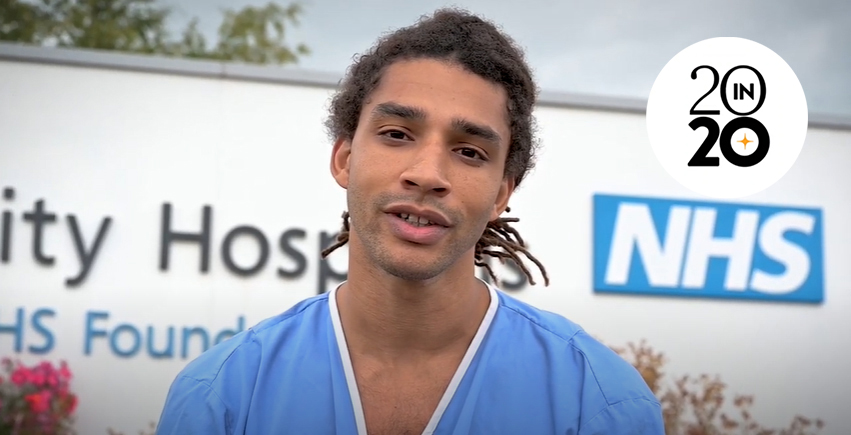 Piers’ reading of his poem ‘To All Healthcare Students’ was turned into a short film by UEA, and was shot in a variety of different locations, including outside the NNUH.

Piers is also a prominent speaker on race-related issues, with his work included on BBC, CNN and Radical Art Review in the last year. In total, his pieces having received more than 1.5 million views online across a variety of different platforms.

‘It’s been a bit of a surreal experience to see the effect of your words on social media, but it’s also something that has given me the opportunity to speak on a number of panels about race, including with the Chief Nursing Officer of England and MPs who have done some incredible things in areas I feel really passionate about. It’s been an honour to be involved with something like that.’

Kathy King knows first-hand the experience of navigating a tumultuous job market, of jumping from one industry to another. Having spent her entire career in retail, she's now working in an arts university setting as the Enterprise Retail Space Manager at the University of the Arts London’s not just a shop. 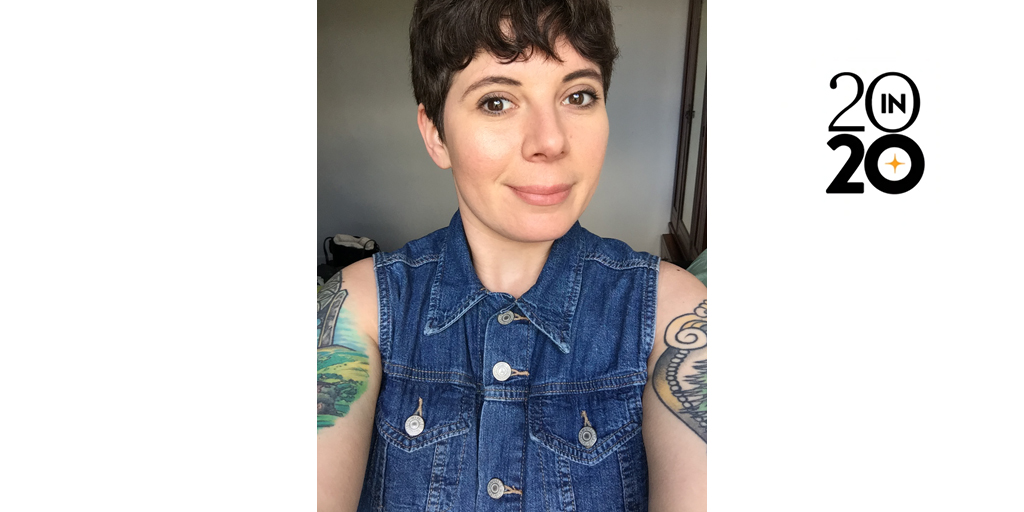 ‘It has definitely been an adjustment,’ she says. ‘This is a contract role, so my plans for the future include researching this new career path and continuing to explore my options in this increasingly strange economy.

‘I encourage anyone in the same boat to get in touch with us,’ she adds. ‘That's what the WAN is for!’

The WAN is the UEA Women’s Alumni Network, a support and contact group for graduates. It’s there to provide a space for women to ‘help each other achieve their professional aspirations and personal wellbeing.’ Only recently established, Kathy says that this year has been a challenge, but ‘we've really stuck together. This has really become a year for celebrating even the small wins and maintaining this network as best we can.’

Clearly 2020 has been a year when many people have needed that extra support. ‘Finding a safe forum for career guidance and self-development is hard enough on its own,’ says Kathy. ‘And we realised that when you're a graduate fresh from university, it can be even harder. We developed the UEA WAN so graduates can get support when they need it, from women who have been through some of those same experiences themselves.’

‘Don't be afraid to ask for help or support,’ adds Kathy. ‘It's more important than ever to prioritise yourself and your mental health, even when that feels like a mammoth task.’ 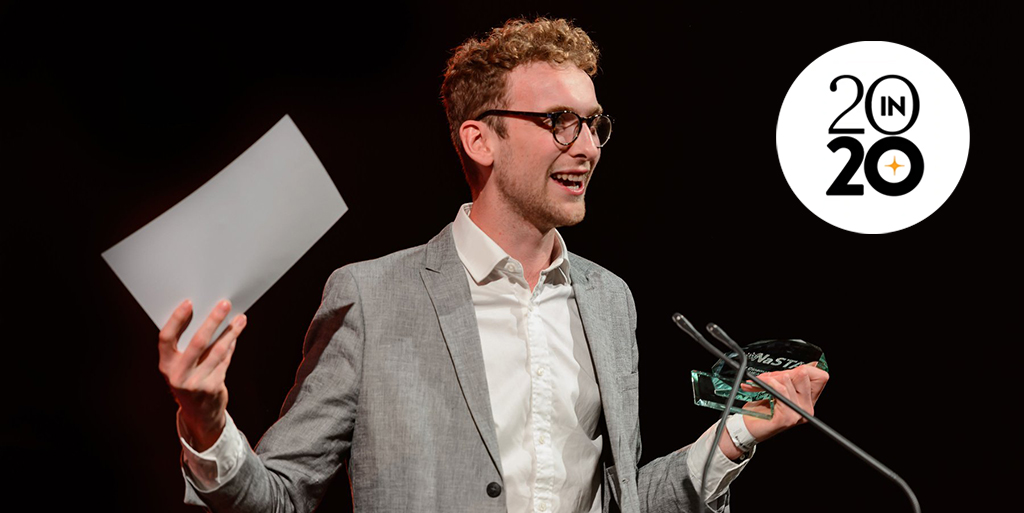 ‘The first few months after graduation were a bit scary,’ admits Will Shears, 2019 graduate and documentary filmmaker. ‘I was picking up the odd freelance role and trying to find my feet in the industry.’ Then the pandemic hit, ‘and things have just turned around completely,’ he says.

Creative limitation is the theory that restrictions can drive creativity. It’s something that might appear familiar to Will after managing to turn a complex, obstructive situation into one of opportunity.

‘From a filmmaking perspective there have been real challenges,’ he says. ‘It’s been a case of adjusting. So when the lockdown came along and I could no longer make films in the traditional sense, I had to look at new ways of doing things.’

That approach resulted in a new film. What does a world without tourism looks like? features guides in some of the world’s most popular destinations walking around empty, visitor-free streets.

‘Making that documentary has been massive for me,’ says Will. ‘It’s opened a lot of doors. As soon as you can prove you’re adept at making good films from home you become much more attractive.’

Following its release, Will’s had meetings with executive producers and is now working with Vice, two things he says he never expected happening at the beginning on the year. This summer he was due to travel to Gran Canarias to start filming a documentary about a young sailor with cerebral palsy sailing across the Atlantic. Instead they’ve kitted the crew out with cameras and will edit the footage when it comes back.

‘I have a fascination with people doing amazing things,’ Will says on the subject of his films. And whatever the situation, you can be sure he’ll adjust and find a way to keep the camera rolling.