In the past few weeks we've shared the stories of UEA graduates and their achievements in this extraordinary and challenging year. In the final instalment we share the story of the Biological Sciences graduate leading the Oxford vaccine, of a proud social worker advocating for her profession, of three scientists uncovering the hidden plastic in the not-so-harmless tea bag, of an award-winning filmmaker who created a personal portrait  of lockdown, and a school teacher who's supported young people throughout the year. 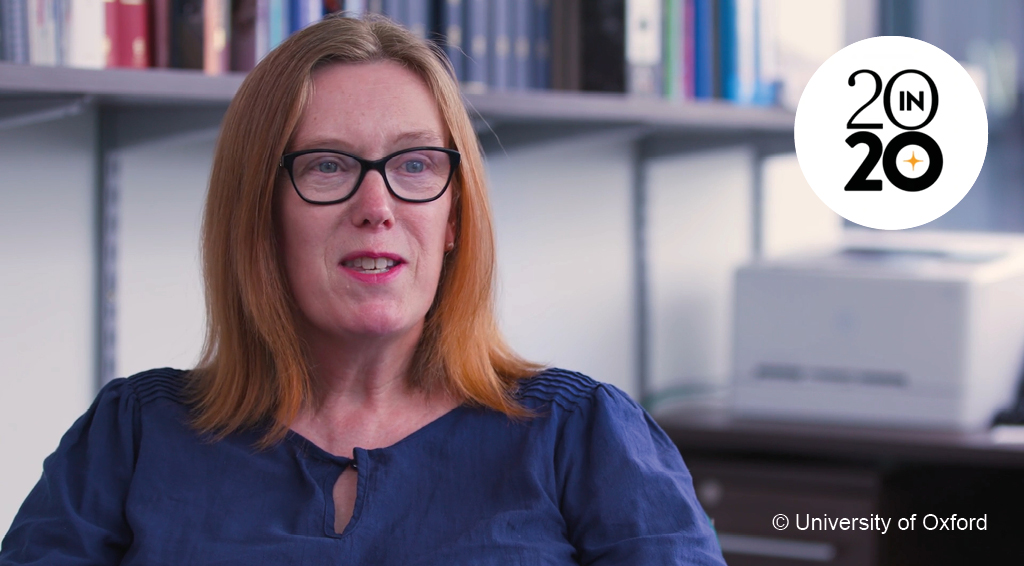 Professor Sarah Gilbert is the vaccinologist in charge of the development of the University of Oxford’s COVID-19 vaccine – the  ‘Oxford vaccine’.

She hit the headlines in the early days of the pandemic for the speed of her team’s response. They started looking into a vaccine after hearing news of a new virus in Wuhan in early January. By April, just a couple of weeks into the first UK-wide lockdown, they’d delivered a vaccine ready for clinical trials. Just last week researchers in The Lancet found that the Oxford vaccine is safe, effective, and gives good protection, paving the way for it to be rolled out to the wider public.

Sarah studied Biological Sciences at UEA in the 1980s. ‘UEA was great,’ she told BBC’s The Life Scientific early this year. ‘I chose a course that was deliberately very broad. It was a big department with lots of aspects of biology and research going on. That was a really good course that I really enjoyed.’

Though you may not have encountered Sarah in the lab, if you were studying at UEA at the time you may have heard her playing her saxophone down in the woods around the Broad. A friend told the BBC she played there so as not to disturb those in her student halls.

To say that Sarah’s work will have an impact on our lives is an understatement. A COVID vaccine is the best path out of repeated lockdowns and coronavirus restrictions, and the Oxford vaccine will be one of few used right across the world. 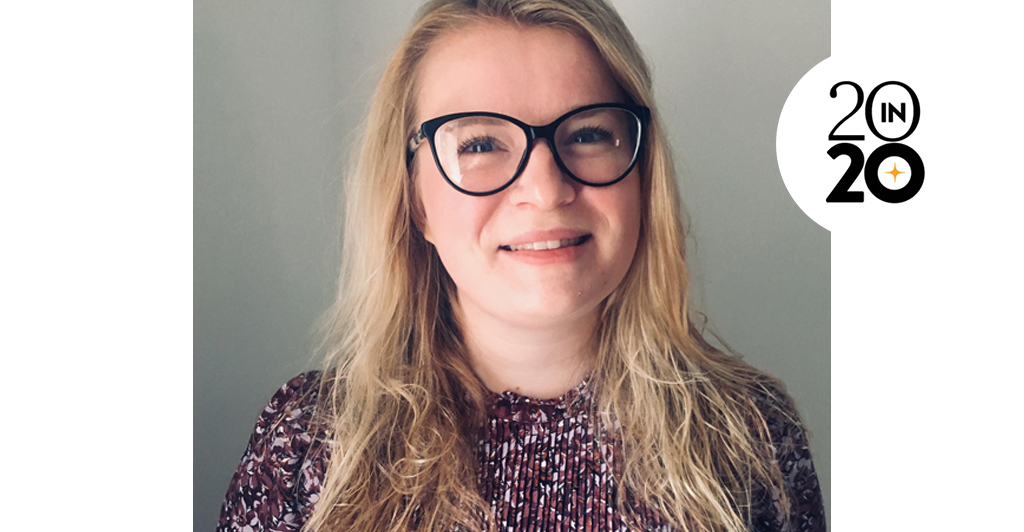 ‘I think we’re overlooked. We’re under pressure and too often the subject of negative press. But who really knows what we actually do? The impact of our profession is massive and I’m on a one-woman mission to spread the message of joy and to tell people that Social Work is a wonderful profession.’

Sasha Gilbert is a social worker. She lives in Norfolk and graduated from UEA in 2016. She works with people over the age of 18 with physical and mental health conditions, many of whom have dementia. Her job is to ‘help someone to live as well, safely and independently as possible.’

Since COVID struck her role has been a ‘different world.’

‘All of our clients are vulnerable,’ she says. ‘After many visits some people don’t know who you are. Imagine trying to explain complicated new guidelines and that they have to stay inside and isolate.’

One part of Social Work that is often overlooked is their role in freeing up beds in hospitals. Social Workers will work with hospital staff and patients to ensure that patients can be discharged safely.

‘It’s been ten times more challenging, a balancing act of freeing up beds and managing discharges safely,’ she says. ‘Social Workers have had to deal with the ripple effect of COVID. We deal with discharges from hospitals, the reality of care homes lockdowns, the isolation, the breakdown of people’s daily routines.’

‘We’ve continued to look after people, of course we have. It’s been so hard, but we’ve done it.

'Hats off to the nurses we were clapping for, they’re incredible,' she says. 'But I’m really proud of what Social Workers do and I wish it was talked about as positively as nursing. We’re incredible too!’

Sasha says that she came to social care almost by accident. She was flicking through the UEA prospectus and thought ‘yes – that’s for me.’ She says it’s the best decision she ever made.

‘Here I am seven years later,’ she says. ‘I love the people I meet and it's an honour to be able to help people lead the best life they can.’

The cup of tea. A soother of nerves. A hug in a mug. What harm could it possibly do? Well, as Violeta Novakovic, Samantha Viljoen and Georgina Yallop discovered, there’s more to the tame old tea bag than meets the eye.

The three scientists all completed their Masters in Chemistry at UEA this summer. Soon after, the research project they’d been working on with Dr Andrew Mayes featured on BBC’s ‘War on Plastic with Hugh and Anita – The Fight Goes On’.

Violeta, Samantha and Georgina’s research project focussed on microplastics – and specifically those found in tea bags. They were inspired by a paper produced by a Canadian research team stating tea bags produce billions of microplastics each time one is used. ‘As a nation of tea drinkers this of course sparked our interest!’ they said. 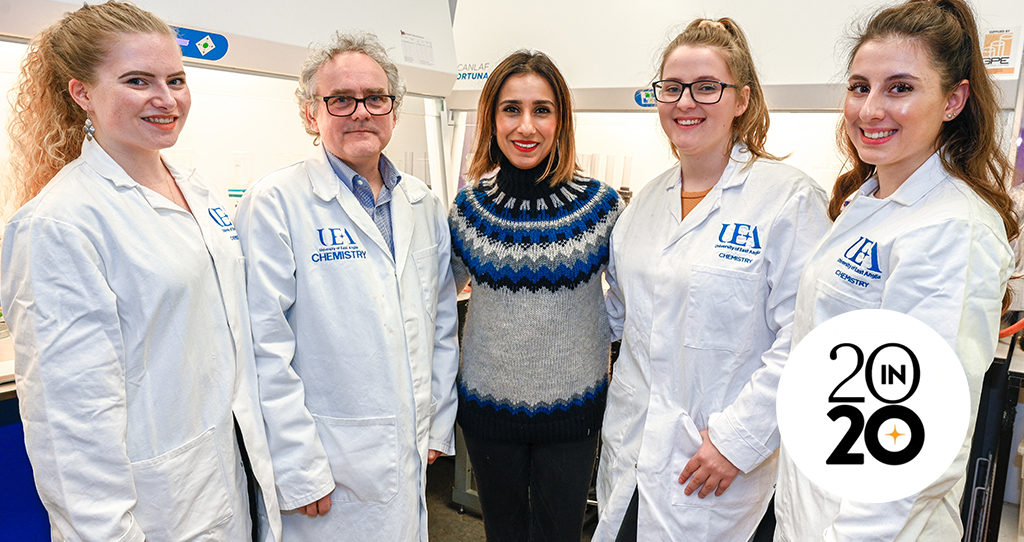 The UK consumes around 100 million cups of tea each day. If microplastics – so-called ‘secret plastics’ – were found in abundance it could have major implications on the wider environment, and even people’s health.

‘The contamination of the terrestrial, freshwater, and marine biosphere by microplastics is now widely recognised as one of the world’s greatest pollution threats,’ they said. ‘Yet, the impact of microplastics in these environments remains largely unexplored. In recent years, an overwhelming amount of evidence has been produced indicating the negative impact of plastic, and subsequently microplastics, on marine organisms. As of yet the impact on consumers has not been investigated.’

So what did they discover?

Pukka tea bags come out on top – they are completely plastic free as the tea bags are stitched together, where all other brands use the process of heat sealing. The tea bag which leached the most particles was from Tetley, which contained 30% polypropylene.

It’s made the three scientists more aware of hidden plastic in products and reduced the amount of single-use plastic they buy. And their research will help encourage other consumers to do the same.

The multi-award-winning director of Bend it Like Beckham and 2019’s Blinded by the Lights is the second UEA graduate filmmaker to create something inimitable from the unique circumstances of 2020. But where Will Shears collated images from others spread around the globe, DEV School grad Gurinder Chadha turned the camera on her own family and her film rarely leaves the walls of her north London home.

Her film, a ten-minute short featured as part of the Netflix series Homemade, is a personal family portrait of life in lockdown. Starring and shot by Gurinder and her family, it features Easter egg hunts, DIY art projects, homemade haircuts (‘You look like a cloud!’ comments Gurinder’s daughter), minor disputes and family tragedy, as COVID takes its hold across the globe. It includes laughter, too – and lots of it. Moments of levity during a tumultuous time.

During lockdown Gurinder also reversed her type 2 diabetes diagnosis. She says that her kids feared that she had some of the attributes of those adversely affected by coronavirus. And so she decided to make a change – and has been encouraging others of South Asian heritage to do the same.

UK schools may now be open again, but 2020 has been a year of closures, virtual lessons and year groups in bubbles for pupils and teachers across the country.

Melissa Agnew, who graduated from UEA with a PGCE in Primary Education earlier this year, can attest that it’s a challenging time to begin a career in education, having started her first job as a teacher in Norwich in September.

“I have certainly found moments difficult,” said Melissa. “I still haven’t met most of the staff at my school due to our bubbles and there are new rules, which make it impossible to put in place some of the best practice I learnt on my PGCE.

“However, my class and I have adapted to find new ways of supporting each other and I’m so proud of how resilient the children in my class are. I feel we can all learn so much for how well the children returned to school and began their new learning journeys.” 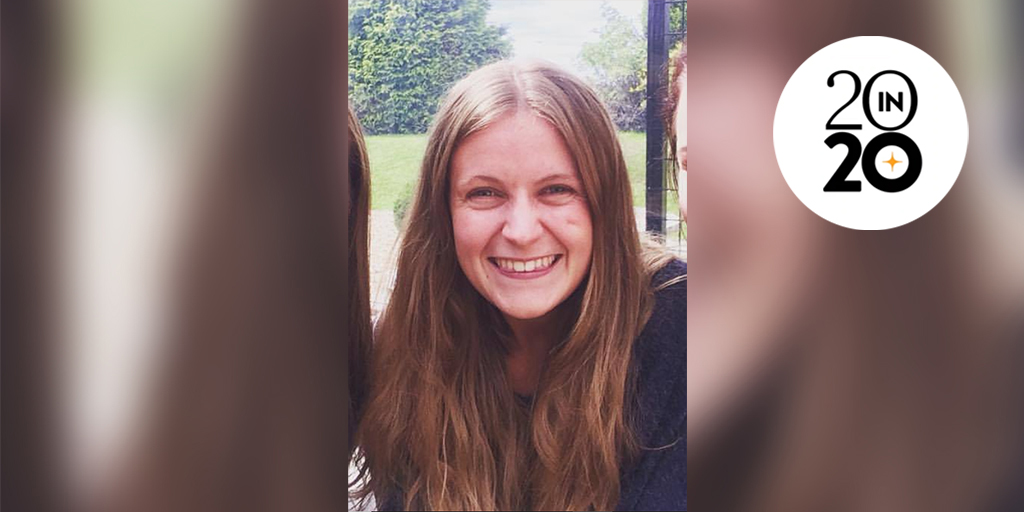 Melissa was one of a group of UEA PGCE students who teamed up with the University’s Outreach team and Norfolk County Council this summer and produced an online learning pack for Norfolk families, helping to keep them engaged and entertained during the holidays.

The resource was aimed at children aged 4-12 with activities ranging from tie dying using avocados to bending water with static and making bird feeders and parachutes out of household items.

All of the activities were designed and written by the students on the PGCE programme, with UEA and the County Council responsible for distributing them to schools.

“When an opportunity arose to support families during these uncertain, nerve-wracking times, I couldn’t wait to get involved,” said Melissa. “From my perspective, the purpose of the project centred on enabling families to provide fun, engaging and meaningful learning experiences for their children.”

“The activities were themed, from calm to active, from puzzles to talk, from creative to explore. All of these areas are vital for children to develop the skills they may need in the future, but also to enable them to navigate their current lives. This has become even more evident since schools closed, so I believe the project was essential this summer.”