Over the next few weeks we're celebrating the achievements of UEA Alumni in this extraordinary and challenging year. So many have gone above and beyond to support their communities during the pandemic through their roles as volunteers, community leaders, and key workers. So many more have accomplished individual triumphs, taken part in ground-breaking research, or helped keep us all entertained.

This week we share the stories of five graduates: a midwife and Vogue cover star, an acclaimed author, an ethically-driven business owner, a Nobel Prize-winning scientist and a researcher locked in Arctic ice. 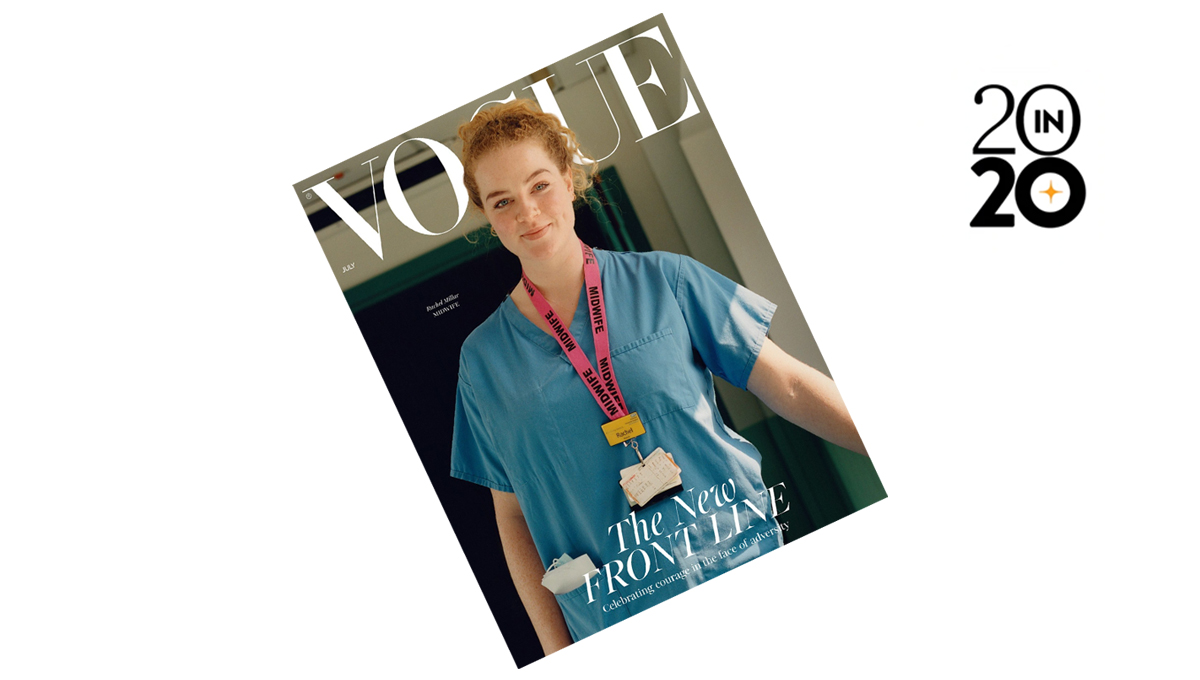 There are thousands of key workers among the UEA alumni community. From teachers, doctors, paramedics, nurses and carers to lab technicians and scientists working on a new vaccine or turning around coronavirus tests. This summer, one graduate key worker was recognised for the role she was playing in a uniquely special way: she was featured on the front cover of British Vogue.

Rachel Millar works as a midwife in East London. She left UEA in 2017 – and a year or so into her new role she became one of the first three non-celebrity cover stars of one of the UK’s most iconic fashion magazines.

‘I was shocked to be chosen for the front cover,’ says Rachel. ‘They took lots of portraits of all my colleagues who were working on that day, and a couple of weeks later my boss told me that I was going to be on the cover. I didn’t really believe her.’

The issue celebrates the millions of people who, at the height of the pandemic, helped provide essential services.

‘I feel really honoured, but this wasn’t just about me. I was chosen as someone to represent the NHS and the work the NHS has done during the pandemic. That’s been at the forefront of everyone’s minds, so to get recognition on such a huge scale is incredible.

‘I’ve always been proud of my colleagues at the NHS,’ adds Rachel. ‘Midwives have always got a lot of love back from the people we care for but the fact that we can be recognised on a wider scale is great. I feel so proud of my colleagues because they’ve gone above and beyond, and the care that they provided in such a difficult time is amazing.

‘Even outside of the NHS, the fact that all the key workers are getting this recognition is brilliant.’

See the cover.  Picture above courtesy of British Vogue

'You spend years writing and preparing for a moment,’ says Ayanna. ‘Over and over you think what it’s going to look like – you’ll be having a drink, celebrating with friends. But I didn’t even have any alcohol in the house. My book got bought and I had a cup of tea.’

The book is her debut novel, The Gatekeepers (those who tuned in for UEA Live will have heard Ayanna reading an extract – you can listen back here), and in July it was snapped up by three separate publishers at auction.

'I could never have expected that response,’ she says. ‘I could never expect the story would resonate as well as it did. I thought I’d written a weird book.’ 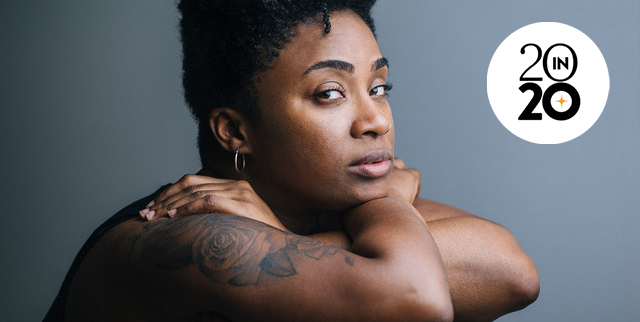 This year, Ayanna has also adapting to teaching online and working on her next book as part of her PhD – and the moment deals were flying in she was filming a segment in the CW50 celebration video alongside fellow graduates including Ian McEwan and Ayọ̀bámi Adébáyọ̀.

'Huge things have been happening while I was sitting in my house,’ she says. ‘Everything is very quiet and internal at the moment. What a surreal summer.’

The Gatekeepers will be published in 2022. Catch up with Ayanna’s talk as part of the Bocas Lit Fest night of UEA Live.

‘This has been the most challenging year in the 12 years since we started operating,’ says Tom Tapper, co-founder and creative director of Nice and Serious, an ethically-driven creative agency. ‘We started the year with our best-ever quarter and then subsequently had our worst-ever quarter. We saw a 50 per cent drop in revenue, a huge hit.’

It’s been a tough year for businesses and a particularly difficult one for parts of the third sector, which makes up half of the Nice and Serious client base. And so, to keep afloat, Tom and his team made a few changes and injected a new inventiveness into an already award-wining creative business.

‘We’ve dropped our fancy office space,’ he says, ‘and I think in a positive way this period has stripped away a lot of the grandeur associated with professional life.’

Despite the challenges, Tom says they didn’t compromise their values. ‘Now we’re really focussing on what we’re good at. We’re very vocal about who we are and we’ve really dialled up the fact we’re an ethical business. We’re being a bit more opinionated and pushing our clients to do the same.’ 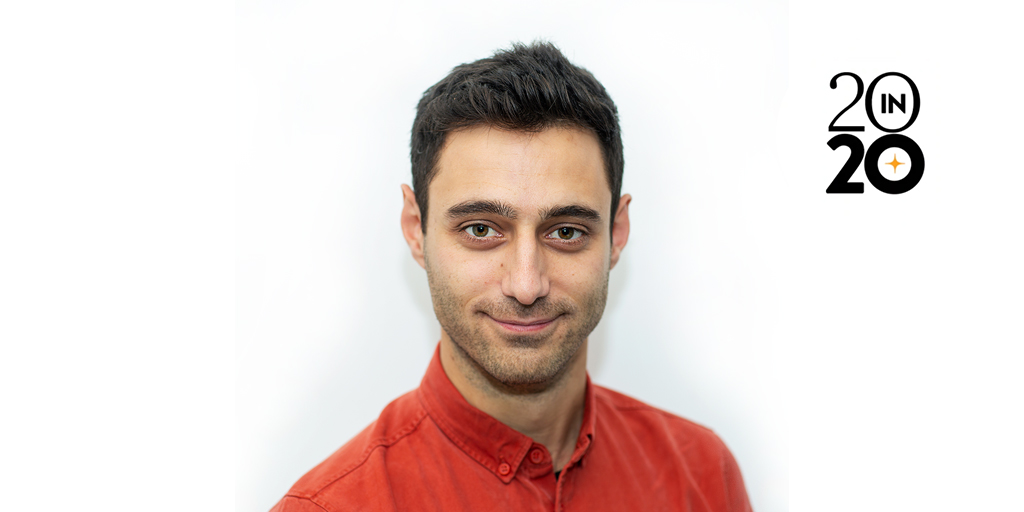 They use Moral Compass, a digital tool which enables the team to democratically vote on every brief they work on, based on whether it aligns with their purpose. Despite a loss in income, Nice and Serious still turned down work with clients whose ethical stance didn’t reflect theirs. And it’s paid off: all those furloughed are now back at work, and they’re on track for a very strong fourth quarter.

‘The pandemic has challenged preconceptions of what a business is,’ Tom says. ‘In the past it was the physical structure, but really it’s the people and the ideas that live within. Making sure you look after those people is so important. I’ve come out of it with a huge amount of faith in the team.’

Nice and Serious has launched a crowdsourced online museum ‘dedicated to archiving scenes of positivity, hope and resistance’. Visit the Museum of Optimism. 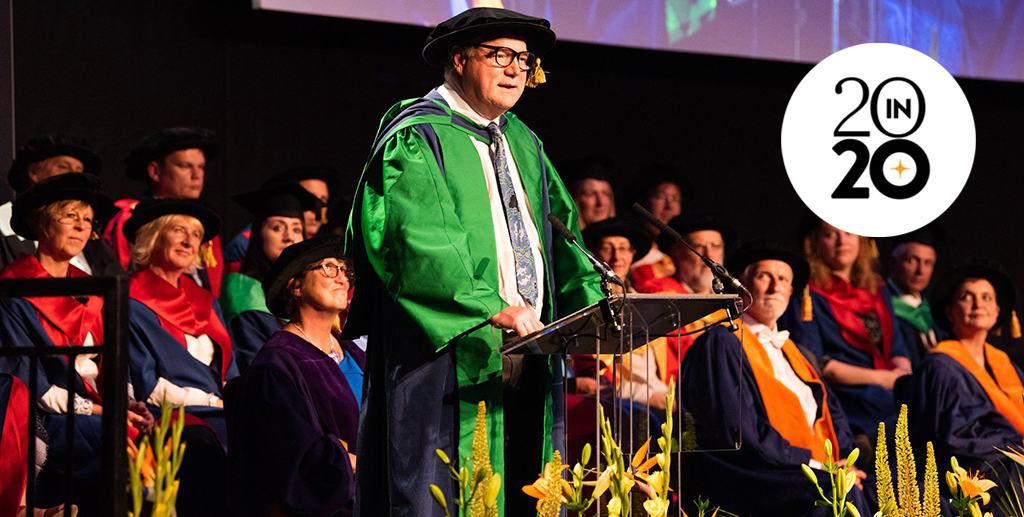 Dr Michael Houghton joined an exclusive club of UEA alumni earlier this year when he was awarded a Nobel Prize. Only two other graduates have received recognition from the Nobel committees – author Sir Kazuo Ishiguro and fellow biological science graduate, Sir Paul Nurse.

Dr Houghton was one of three scientists revealed in October as recipients of the Nobel Prize for Physiology or for their work into the discovery of the Hepatitis C virus, which has saved millions of lives worldwide. Following a seven-year pursuit alongside colleagues Harvey J Alter and Charles M Rice, he discovered Hepatitis C in 1989, at a time when scientists were growing increasingly concerned that tests for Hepatitis B were only accounting for a minority of hepatitis cases resulting from blood transfusion.

He’s spent the time since developing drugs and treatments which can cure 95% of people infected with Hepatitis C within a couple of months, with minimal side effects.

Last year, Dr Houghton received an Honorary Doctorate in Science from UEA as part of the University’s graduation celebrations, saying: “I am deeply honoured and pleased to receive this honorary degree since my BSc degree at UEA in 1972 set me on the path to a career in medical research. My degree at UEA was a great time in my life - excellent teaching and a wonderful overall experience that I treasure.”

‘Understanding the Arctic ecosystem right now is critical,’ says Environmental and Natural science graduate Dr Jessie Gardner. ‘The Arctic Ocean is experiencing dramatic environmental changes with loss of summer sea ice and increasing water temperatures. And we had a unique opportunity to follow the organisms that live in the central Arctic over an entire year.’

Dr Gardner is one of the 300 researchers from 20 countries to take part in the MOSAiC expedition. MOSAiC – which stands for the Multidisciplinary drifting Observatory for the Study of Arctic Climate – saw the icebreaker Polarstern set sail from Tromsø, Norway to spend a year drifting through the Arctic Ocean trapped in ice. Dr Gardner was on board to collect thousands of samples of water and ice in order to try and capture the rapidly changing ecosystem associated with the melt season. She witnessed magical under-ice algae forests, polar bears up-close, and extraordinary ice-white panoramas.

‘Sea ice isn’t just a vast expanse of white nothingness – it’s a diverse and beautiful landscape full of tall ice blocks, jagged ridges, leads, cracks and melt ponds which change before your eyes,’ says Dr Gardner. ‘The colours were insane – depending on the ice type and light environment you can see the purest whites to the deepest turquoise blues.

‘There were new cracks opening and closing throughout the floe, melt ponds and streams forming and draining which we would have to jump over or wade through on the way to collect the samples.’

Locked in ice, in a white-white world, it’s fair to say Dr Gardner and her fellow researchers experienced one of the more unique self-isolations of 2020. 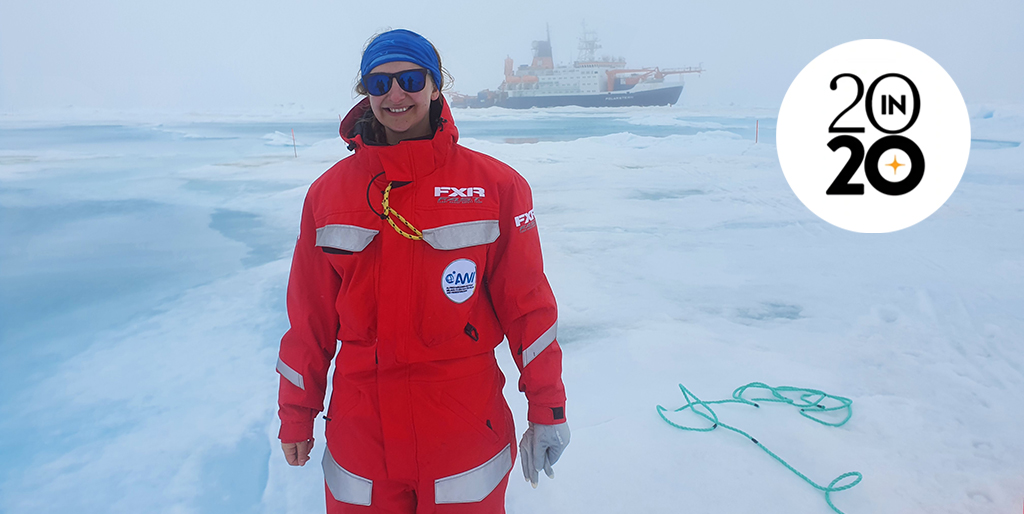 ‘We drilled some holes into the sea ice and lowered in an underwater camera, which revealed these beautiful strands of algae moving in the ocean currents and growing beneath the sea ice.’ Find out more about her trip.