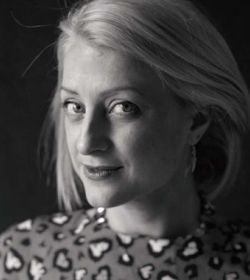 Christie Watson, nurse and author, on the similarities between nursing and writing, her time at UEA, and health humanities.

Christie Watson came to UEA to study Creative Writing in 2007. At the time she arrived she had just finished writing the first draft of what would become her Costa First Novel Award-winning debut novel Tiny Sunbirds, Far Away. Since then, she’s published one further work of fiction, Where Women are Kings, and a bestselling memoir, The Language of Kindness.

The intersection of healthcare and humanities is central to her work, and she’s an enthusiastic proponent of the cross-fertilisation of ideas from both disciplines.

Christie spoke to us about the transition between being a nurse and a full-time writer, her time at UEA, and health humanities, which involves the application of arts and humanities to inform and improve healthcare.

When did you start writing?

All nurses have to do what’s called reflective practice, which means they have to write reflective pieces about days that go well, and those that go badly. But it’s quite different to writing creatively. It’s more academic; the language is much drier. I only started creatively writing when my daughter was born. As soon as I’d started writing creatively, I couldn’t stop. I struggle now to have a day when I don’t write some form of creative writing.

How did you end up at UEA?

When I was on maternity leave my daughter slept all the time and I suddenly found myself with all this time off. I signed up to do a beginners writing course at the Mary Ward Centre next to Great Ormond Street hospital. It was one evening a week, and I did it mainly to get out of the house. The very first thing I wrote there was a short story, which I sent off to UEA. That short story won me the Malcolm Bradbury bursary and eventually became Tiny Sunbirds, Far Away.

It was the stuff of dreams, really. I know lots of writers now whose first book may have taken years and years to write, which then never gets published. I think I was very lucky.

And how did you find the course?

It was the busiest year of my life. I was still working as a nurse, and had a two-year-old daughter at home, so I came up from London for two days each week and stayed in Norwich overnight. But it was the best year of my life, too. Many of the people I met on that first day are still great friends and I really love coming back to the city. Last time I was back I saw a man taking a pig for a walk. The hipsters have arrived…

What was the transition like, between a career that’s full of interaction with people, and a career that can be incredibly lonely?

I’ve never found writing lonely. I wrote the first draft of my first novel in the four months before I started at UEA. I was still working, getting up at 5am, and churning out a couple of thousand words a day. I therefore didn’t really have much time where I was writing on my own.

Even now that I’m a full-time writer, I spend much of my day with other people, whether it’s at events, doing publicity or interviews, or writing for TV, which is extremely collaborative. For me it’s still a 9-5 thing and I haven’t had that luxury of disappearing into a cave to spend a year on my own. I suppose I’d quite like to experience it though!

How has nursing informed your writing?

Nursing and writing are about searching for meaning, about empathy, and walking around in other people’s shoes. They’re both about the big questions – life and death and laughter and love. When I won the Costa First Novel Award the media were in this frenzy about a nurse writing a book. They couldn’t understand the relationship between healthcare and writing – they thought they were wildly different professions. But these things come from the same place.

It’s interesting now looking back to all my creative work; Tiny Sunbirds… was all about midwifery and birth and the nature of culture, and Where Women are Kings is about psychosis. So I was exploring creatively to try and make some sort of sense of being a nurse, and in my nursing I was trying to make some sort of sense in being a writer.

You write about how your understanding of nursing changed over the 20 years you worked as a nurse. What do you mean by that?

A lot of people say that when you have your own children, the way you nurse children changes, but I think it was the way that society has changed that has influenced my thinking. The nature of the population of patients has changed beyond belief. Now patients aren’t coming in with just one particular issue, nor are they always coming in with something medical. People are a very complicated mixture of mental and physical and psychological and social and emotional health problems, all wrapped up in the issue that they present with. So I think all healthcare workers have to shift how they treat people, and that’s why I really think there is a need for narrative medicine now.

Will it be hard to persuade people that teaching medical students poetry or creative writing is worth their time?

I’m absolutely sure it will be a fight. Students have so much to learn, and so little time to learn it in, so making an argument for student doctors to learn poetry is a tough sell. But the research is clear: teaching narrative medicine to any healthcare student increases self-confidence, improves teamwork, decreases burnout, and increases the likelihood of empathy. And I truly believe I can sell it. I’ve been speaking to people at UEA about it, which is brilliant as UEA is known for it's pioneering attitude, especially when it comes to creative writing. This is a great way to work: it’s interdisciplinary, and it’s an opportunity for cross-fertilisation of knowledge between these great departments. So it is coming!

It’s in everyone’s interests to explore this as a way to understand and hopefully alleviate the types of suffering that we’re seeing in patients now.

Readers are increasingly interested in medical memoirs like yours, The Language of Kindness. Do you think there’s an appetite among the general population to better understand healthcare?

Absolutely. The fascination with medical memoir is very telling. I think everyone is searching for meaning in quite a divided, isolated and lonely world. And I think these books remind the reader that we have so much in common; we are all completely united in the face of frailty and vulnerability. Plus, we’re living in a world of fake news and people want truth.

Do you miss nursing?

I don’t really have time to miss nursing because I talk about it all the time! I still very much consider myself a nurse, but see myself as a nurse-writer now, as suppose to a nurse-clinician. I’m a patron of the Royal College of Nursing foundation and I talk to lots of different nurses in every setting you could possibly imagine. It’s a great privilege to talk to nurses all the time.

One of the great things about nurses is that they are completely unimpressed with my literary accolades. When I won the Costa prize I remember one of my colleagues saying ‘Oh, well done. But let me know when you get into Cosmopolitan magazine’. It was lovely, and very grounding.

I always think it’s very helpful to keep a journal. It doesn’t have to go anywhere or be seen by anyone. You’re working in situations that are very, very tough, and so to look after your own mental health is very important. Do that by whatever means you can, whether that's seeing friends and family, going to the cinema, or reading a book. Make sure you’re looking after your own mental health.

Christie Watson graduated from Creative Writing MA (prose) in 2009, and was awarded an honorary doctorate of UEA in 2018.