UEA research has been integral to the continued success of an historic agreement that’s helped protect the global ozone layer and the communities and eco-systems that depend on it.

The 1987 Montreal Protocol was a landmark agreement that began the process of reducing the global production of ozone-depleting substances (ODSs). It has led to the reduction in emissions of the majority of ODSs, preventing the catastrophic destruction of global ozone and avoiding major impacts on climate, human health and the world’s precious ecosystems.

It’s arguably the most successful environmental agreement ever made. Adopted by all countries around the world, UEA research has formed a vital part of the scientific evidence that has kept the agreement up-to-date and effective over the past 30 years. The research has specifically alerted countries to the presence, and increasing concentrations, of halogenated compounds in the atmosphere, provided evidence of unexpected emissions, and underpinned the Kigali Amendment of 2016, which is designed to avoid 0.5°C of global warming by 2100.

Stalling the depletion of the ozone

The Montreal Protocol has been highly successful in helping avoid further ozone depletion and protecting the global population and ecosystems from excessive UV radiation and climate change. Its success has depended largely on continued assessment of its effectiveness and on compliance from all countries party to it.

It is through a series of international scientific assessments that our research has helped shape and stimulate global policy and decision-making over the years. The 2014 Scientific Assessment Panel (SAP) cited 20 of our papers published since 2000, and the 2018 assessment cited 29 reports. In both assessments our data was also included in updates of global atmospheric halocarbon abundances.

‘UEA research on atmospheric halocarbons has formed a significant part of the science underpinning the Scientific Ozone Depletion Assessments. These Assessments are an integral part of the Montreal Protocol process and UEA’s contribution to the success of the agreement has been extremely valuable.’ – Co-chair of SAP and NASA’s Chief Scientist for Atmospheric Sciences.

There are three clear examples where our research can be linked to governance of the Montreal Protocol, on top of our influence on the Kigali Amendment. These include: being the first to show the emergence – and rapidly rising abundance – of several HFCs in the atmosphere; independently verifying heightened emissions of CFC-11 in China, which was inconsistent with the Protocol; and alerting countries to the presence of new ozone-depleting gases that were not controlled under the agreement.

UEA was one of the first to detect the emergence of so-called ‘ozone-friendly’ Hydrofluorocarbons (HFCs) in the atmosphere, correctly identifying them as strong greenhouse gases with the potential to cause serious, long-lasting damage to the environment. Informed of the threat of HFCs, the Kigali Amendment was made to the Montreal Protocol in 2016 with the collective aim to reduce the use of HFCs by 80% over 30 years. It was a major policy change designed to avoid 0.5°C of global warming by 2100.

‘UEA research underpinned the 2016 Kigali Amendment as it was the first to alert the world to the presence of Hydrofluorocarbons (HFCs) in the atmosphere. They have continued to track their growth in abundance, identify new HFCs in the atmosphere and determine their atmospheric budgets.’ -  Co-Chair of SAP

Today, UEA continues to monitor the world’s atmosphere, reinforcing the aims of the Montreal Protocol, making sure compliance is maintained, and ensuring the early detection of potential new threats on the horizon.

PhD and research opportunities at UEA 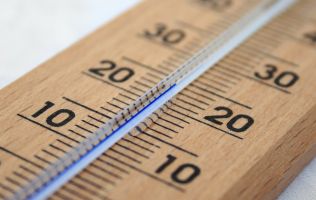 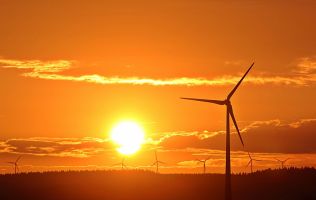