My name is John-Mark Philo and I am a Leverhulme Trust Early Career Fellow researching at UEA in the school of Literature, Drama and Creative Writing. 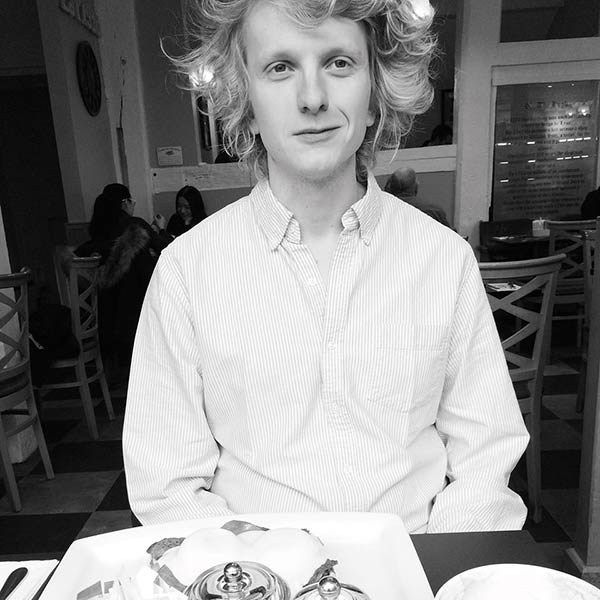 I’m interested in classical reception in English literature, that is, how Greek and Roman works were being translated, re-used, and more generally recycled by English and Scottish authors during the Renaissance.

As part of a Leverhulme Early Career Fellowship, I’m working on a research project entitled ‘Tacitus Before Tacitism: The Reception of Tacitus in the Sixteenth Century’. This project examines how the Roman historian Tacitus was being translated and put to work in the early modern period, from defences of female rule to dramatic adaptations of the principate. Right now I’m looking at how the English interest in Tacitus emerged from scholarly exchanges in northern Italy, exchanges which helped to encourage and shape English interpretations of the historian in the sixteenth century.

More generally, I like to explore how early-modern scholars shared ideas concerning classical authors across Europe through correspondence and travel, and how English and Scottish writers picked up new languages to engage in classical scholarship further afield (with a particular emphasis on Latin, French, and Italian).

The Leverhulme Early Career Fellowship places a firm emphasis on the undertaking and developing of new and publishable research. I thought this would be a fantastic opportunity to develop a detailed research project, uncovering material in relevant archives across Europe and America.

The Trust is keen that the award holder structure and plan her or his own research project – the Trust gives the award holder enough flexibility to develop their ideas and put them into practice over the course of three years.

The Leverhulme Trust also provides generous research expenses to enable this kind of research, so in that respect you can be ambitious about the scope and range of the project.

I was also keen to pursue this research through UEA, as this kind of study speaks directly to the interests of my colleagues in LDC. I knew from my experience teaching at UEA that it offers an extremely supportive environment for new research and new approaches to teaching and it’s a pleasure to be back here for the fellowship.

I’ve thoroughly enjoyed the opportunity to devote an extended period to some detailed research. This year I found a series of hitherto unknown manuscripts at the Biblioteca Ambrosiana, Milan. These manuscripts suggest that English interest in Tacitus emerged in no small part thanks to the English scholars who were visiting the libraries and universities of northern Italy.

I have also spent the last year examining the early Scottish engagements with Tacitus. Intriguingly, the Scottish historians of the sixteenth century were modelling their portraits of William Wallace and Robert Bruce on the protagonists of Tacitus’s histories, as well as the Homeric heroes, Achilles and Hector. It appears that there was something distinctly Roman about Scottish historiography in the early-modern period.

I’ve also taken this time to plan some Latin teaching for post-graduates at UEA. I think this will be a great opportunity for the students to access the Latin works central to their research at a deeper level.

UEA is a fantastic university to be a part of – the staff are just very supportive and the students are mustard-keen. It is a pleasure to be able to talk through these ideas and new avenues for research with colleagues who are engaged in their own projects and have experience with developing research of a similar length and scope.

“UEA is a fantastic university to be a part of – the staff are just very supportive and the students are mustard-keen.”

Norwich is an extremely friendly place to live. It has a relaxed, welcoming atmosphere and boasts an incredible variety of coffee shops. The Millennium Library at the Forum also includes a large collection of medieval and early-modern works (almost as many as there are churches in this city).

Norwich recently came top of a UK wide poll for job-satisfaction, in fact, and I’m sure the university played no small part in this. Honestly, I can think of fewer places I would rather be living.

On a practical level, it’s useful to talk through your research ideas with members of the faculty in advance – it’s good to have a clear idea of how your research might complement and contribute to the school as a whole.

Have a look at the guidance offered by the funding body – each funding body has a slightly different rubric. On a similar note, it makes sense to make sure your application is sensitive to both the expectations of the funding body and of UEA – how might your research fit in here especially?

It’s really helpful to talk to people who have themselves been through the application process and can offer you some advice on the application. If you have a mentor or friends who have experience with such things, ask them to have a quick glance at your proposal.

As part of a Leverhulme Early Career Fellowship, I’m working on a research project entitled ‘Tacitus Before Tacitism: The Reception of Tacitus in the Sixteenth Century’. This project examines how the Roman historian Tacitus was being translated and put to work in the early modern period, from defences of female rule to dramatic adaptations of the principate.