This year we launched the Judith Robinson Scholarship in Drama, thanks to an incredible gift left by alumna Judith Robinson in her will. We speak to Judith's sister Elizabeth to find out more about her life and legacy. 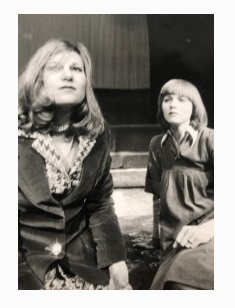 Throughout her life, our sister Judith (pictured right with friend Maggie) always wanted to help other people. When she sadly passed away at the end of last year, we had no idea that she had left a gift in her will to UEA, but we weren’t surprised that she still wanted to continue to make a difference even after she had gone.

Judith was the arty one of the family. She loved reading and acting and was always taking part in plays at school and, later, amateur dramatics groups. She made her debut performance at the age of four in a short cine film acted out on the driveway of writer H. E. Bates! After leaving school she went to Rose Bruford School of Speech and Drama, before starting her career in Kent as an English teacher.

Judith was someone who seized opportunities – from taking up gliding lessons to doing stints at the Edinburgh Fringe Festival. In 1974, she sought another adventure, and seized the opportunity to embark on an English and Linguistics degree at UEA.

UEA changed Judith’s life – not just academically, but through the wonderful lifelong friends she made and meeting her partner, Jim. But her time at UEA was also quite difficult. Judith struggled financially, and as a mature student there wasn’t much support available. The creation of the Judith Robinson Scholarship in Drama will support students who, like her, may struggle financially at university. It will give them the opportunity to fully focus on their studies rather than taking on a part time job and allow them the time and energy to put into all of the things that are so valuable outside of the course itself. 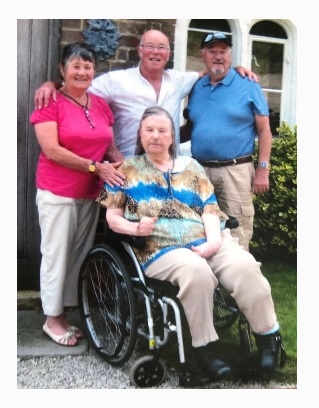 Judith spent her life trying to bring out the best in people - as a teacher, as a friend, as a resident at a care facility later in life keeping up the other residents’ spirits with Scrabble and chats. She would be thrilled to know that someone’s life will be made easier because of this scholarship, and it’s UEA’s first drama scholarship too - she always liked to do things a bit differently.

Judith’s gift has opened our minds about how in future we could help others, and we all can’t wait to hear about how the new scholar gets on when they arrive in September. We are so proud of the legacy she leaves behind.

(Judith with her brothers and sister pictured right)

A gift in your will could make a huge difference at UEA and beyond. If you would like to discuss your intentions in confidence, please contact the Development Office at giving@uea.ac.uk

To find out more about leaving a gift in your will to UEA visit our gifts in wills page.