This is the time to take action

Prof Eylem Atakav is Professor of Film, Gender and Public Engagement and Associate Dean for Internationalisation at UEA. Her film Growing up Married (2016) is an internationally acclaimed documentary about forced marriage and child brides living in Turkey. 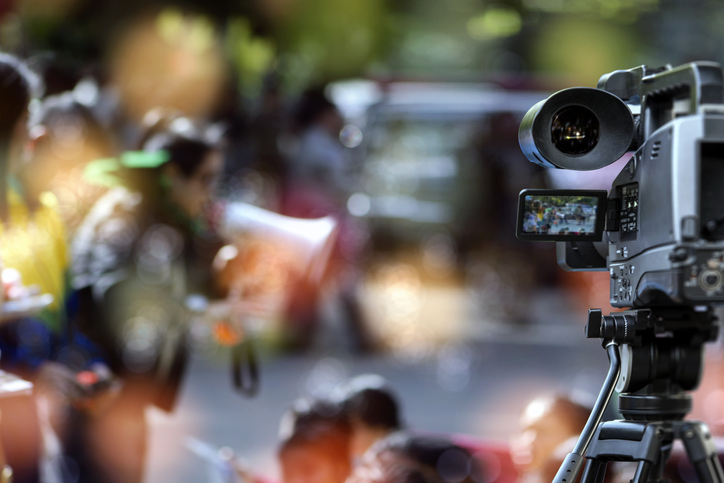 Ahead of an online lecture she's giving this Thursday (14 May) on visibility, voice and film, she writes about the power of a name, the need for the Humanities to help respond to this great global crisis, and how 'academics are the agents of positive change.'

In Turkey people’s names and surnames still have a sharp and immediate political resonance. This historically stems from a desire to reflect changing realities – usually during turbulent times, and demonstrates how the personal encapsulates the political. My name, Atıl Eylem, is an extremely politically resonant name which literally means ‘go for action’. It has an overt link with the leftist political activism that both my parents were involved with in the 1970s.

The story behind my name does not only refer to the name of one of the left wing journals (Atılım) which had to be published clandestinely, but also assigns me the role and pride of carrying in my name the keywords of the left wing activists who fought, and at times were either killed or went through serious physical and mental torture, for their ideas. This extraordinary responsibility attached to my identity has become pivotal in the research that I do as an academic.

I first publicly reflected on the meaning of my name in my monograph Women and Turkish Cinema: Gender Politics, Cultural Identity and Representation (2012), which examined the intrinsic relationship between feminism and cinema in the 1980s. Since then this ‘gift’ helped me to take action and produce, where and when possible, research and teaching that had impact. Taking research and teaching outside academia to contribute to social and cultural change has been the core of what I see as the role of an academic.

I made my first documentary, Growing Up Married, together with my students. In that project we wanted to make visible the experiences of marginalised individuals as they recollected their memories of being child brides, and being forced into marriage. (You can hear more about the project in this online London Lecture.)

Life changed with COVID-19. Priorities, plans, the present and the future shifted with great speed and suddenly work seemed trivial. I was sitting and staring at my computer and not being able to concentrate on formulating ideas on anything as an academic while trying to comprehend what was going on.

Then I contracted the virus but was lucky enough to have mild symptoms. Indeed, it was only a matter of time that we would catch it given my partner’s job as a medic in the London Ambulance Service, working selflessly in the midst of rapidly changing rules and regulations. After a period of feeling numb, perhaps an outcome of the kind of shock we have been going through collectively, it took me just over a month to start feeling, and feeling normal again.

At the same time I’ve been observing the figures of domestic abuse (including forced marriage and honour based abuse). They’ve been increasing rapidly every single day in the UK, in Turkey, and across the globe. And there was a moment when I realised I had to take action. But how can Film Studies possibly solve one of the many problems emerging from a pandemic?

I’ve been spending the last week and a half reflecting on this question. I’ve spoken to people I know from domestic abuse charities, parliamentarians and the police and brought together a team of brilliant scholars and filmmakers. And we’ve decided that it is time to take action, and to respond to the crisis from the perspective of the discipline of Humanities.

In light of the alarming figures of domestic abuse we will produce visible evidence on the shifts of the experiences of frontline keyworkers in the domestic abuse sector with a new research documentary. In an attempt to capture history in the present, we will aim to shed light on the work that frontline domestic abuse workers offer during this period of crisis. This isn’t only exhilarating from an academic point of view, but also feels like a meaningful action to take – to prioritise the images and voices of those who are selflessly supporting individuals in need.

Just as my name reminds me, it is time to take action. Because as Humanities academics we are agents of positive change. Taking part in collaborative work that binds people, states, and nations closer together is crucial. All those in academia—from faculty to administrators, from staff to students—are rapidly becoming aware of how their innovative engagements with shared social and global responsibilities can facilitate change. And there is incredible value in taking action.