Academics at UEA delved into the rich history of a UNESCO World Heritage Site and helped bring it back to life for the benefit of the local population and beyond.

The project to uncover the mysteries of Butrint, Albania, has been underway since 1995. The site, occupied from around c.600BC to 1500AD when it was abandoned, is an Adriatic port rich in archaeology. Primary investigator of the project, Professor Richard Hodges, and others from the School of Art, Media and American studies (AMA) have contributed to the development of the site  at Butrint, influencing aspects such as its heritage, its protection, its jobs and its tourism.

The UEA team and the Butrint Foundation collaborated with the Albanian Ministry of Culture to involve the students both at UEA and Butrint. This has created fantastic benefits for both Butrint and the collaborators at UEA. Butrint has been established as an archaeological park protecting its cultural assets, preserving its heritage and opening it up to the public and to the academic community.

This included clearly defining the aims of the park which led to the creation of a museum and wetland trails preserving the history for the public and generations to come. 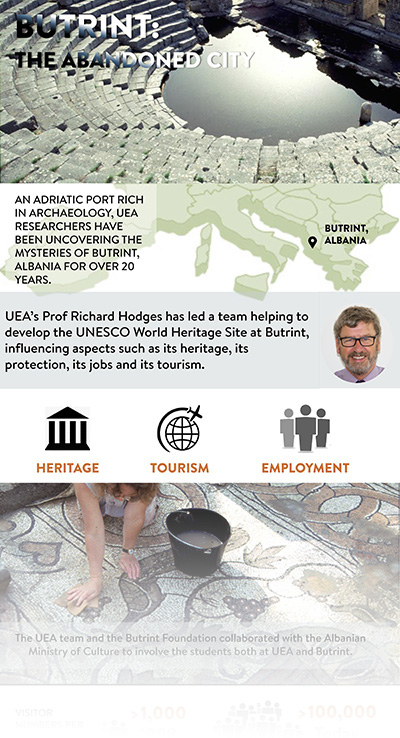 Approval from UNESCO in 2005 meant that the Butrint model could be used by the ministry of culture to base seven other archaeological sites on. By 2006/7, discussions instigated by Hodges created a national archaeological team which saw many of the alumni of the UEA team involved. Another successful outcome has been for the Sites and Monuments Record transferral to the Ministry of Culture, allowing Butrint Foundation and UEA to create an open access resource.

Through a series of complex archaeological investigations funded by a range of sources including the Butrint Foundation and the Packard humanities institute, as well as grants from the British Academy and the Albanian Ministry of Culture over £3 million has been invested in Butrint leading to an increased understanding of its regional importance and establishing best practice for other archaeological sites. This has had a positive impact on the protection of its cultural heritage and established a standard for the management of related places in Albania. 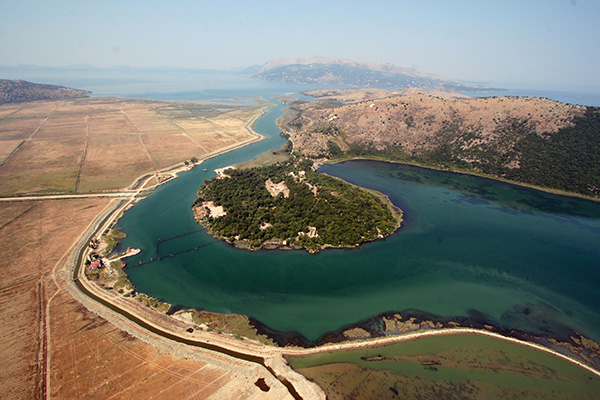 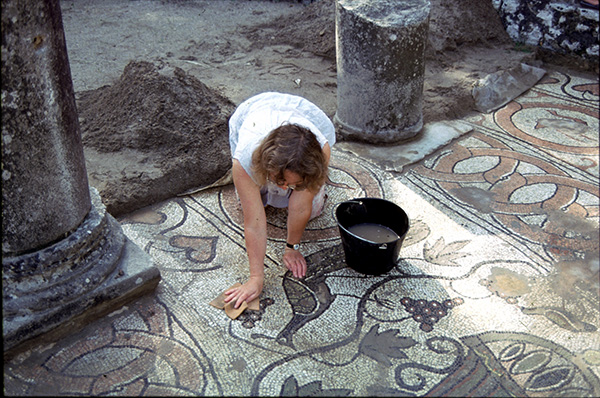 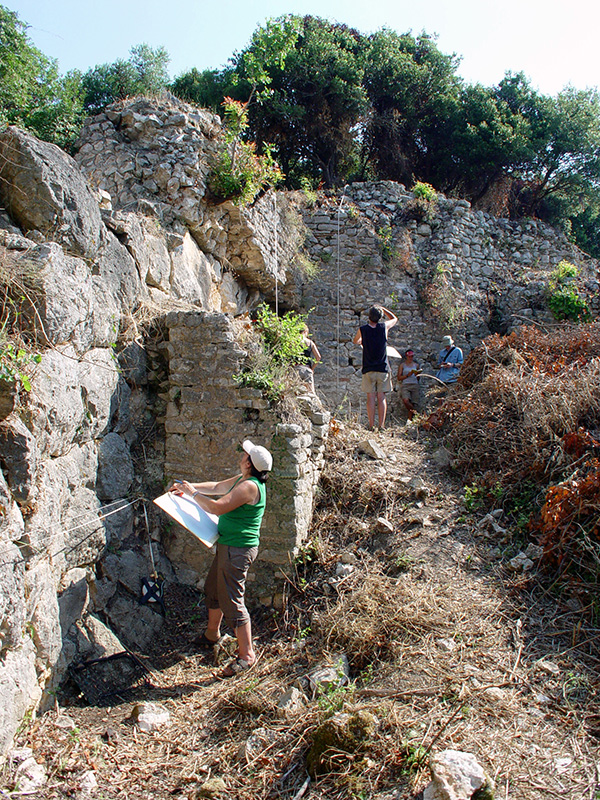 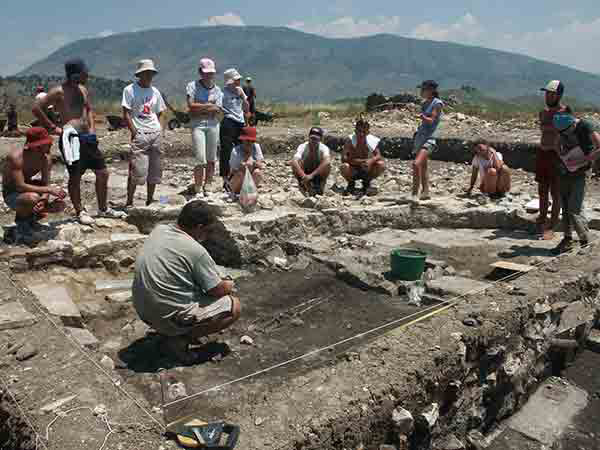 The benefits don’t stop there though; the UK has benefited from the collaboration with Albanian students being able to study an MA at UEA based on this project. There have also been a positive impact on the UK’s economy creating employment for research assistants from the heritage, museum and archaeology sectors.

Tourism has also seen a rise over the lifespan of the project with figures rising from under a thousand tourists to a total of 281,441. 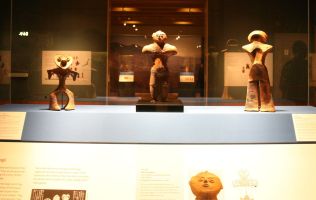 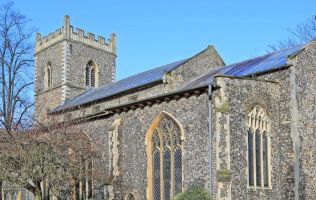