Back in the 1950s, when computers could just about play chess, some of the very first physics simulations were run.

The scientists who ran them raised fundamental questions that are only just being answered today – using the most advanced computers in the world.

As Physicists at the University, we have helped to solve a problem that was thrown up by one of the first ever computer simulations, initially run over 65 years ago. It’s known as Fermi-Pasta-Ulam (after the pioneering scientists who designed the model) and it’s significant for lots of reasons, both historic and scientific.

Enrico Fermi, John Pasta and Stanislaw Ulam worked with ground-breaking computers in the 1950s, such as one of the first digital computers ‘MANIAC I’. Recognising the significance of this new computing power to the future of physics, they joined up with another researcher, Mary Tsingou, to create a digital simulation of a real physical process at the Los Alamos National Laboratory in 1953.

The results were completely unexpected which was what made this simulation so significant and marked the beginning of non-linear physics.

The model the scientists created was designed to illustrate how heat is conducted in solids. It represented a simplified, one-dimensional structure made of 32 mass particles connected by springs. A single wave of energy was virtually input, passing through the uniform structure from particle to particle.

What the researchers expected to see was the system reaching ‘thermal equilibrium’, whereby energy is evenly distributed among all particles according to the laws of thermodynamics. But, after an initial dispersal of energy, it actually appeared to gather back into the original wave.

The surprising results achieved from the Fermi-Pasta-Ulam (FPU) model challenged the way physics had always used simplified models of complex systems. Now, these extraordinary scientists could see the potential for technology to build much more accurate models of increasingly complex phenomena.

The fundamental physical/mathematical principles brought about by this simulation would later inspire thousands of research papers, the basis of chaos theory and new insights into the laws of thermodynamics.

Despite all this fascination with FPU, the problem has only just been partly explained by an international team of researchers, including Dr Davide Proment of UEA. It was demonstrated that, contrary to Fermi’s original results, the system will thermalise regardless of the initial conditions if given enough time – the sort of huge timescales that we need modern computers to simulate.

The reason for the behaviour of the system is down to the complex behaviour of waves. Dr Proment’s team used mathematical theories usually employed to study how waves interact in the ocean (wave turbulence theory) to explain what happens in the FPU model.

The breakthrough represents a great example of modern science in action, incorporating vast computing power, an international team working across several different institutions, and expertise drawn from a variety of disciplines.

We encourage this collaborative style and lateral approach to science – bringing practical, applied mathematics into more abstract and theoretical domains, and helping our physicists to work in diverse areas across different Schools. 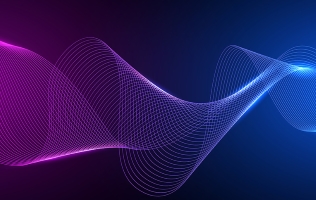 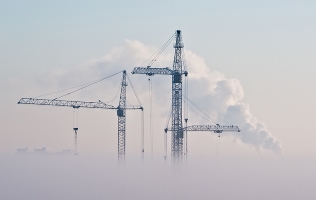 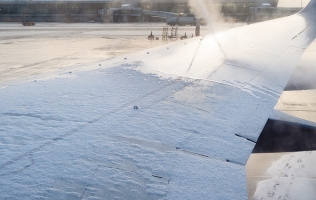