A growing population with increasing demands for meat presents an ecological problem at a phenomenal scale for the food industry – with over 50 billion chickens and almost 300 million cattle raised annually worldwide, is it possible to provide what mankind wants to eat in a sustainable way?

Raising animals for food presents one of the biggest challenges to the environment with concerns over land and water use, pollution, transport and wastes.

Consideration of the sustainability of agricultural production systems demands that animal farming needs to maximise efficiency – the amount of food, energy and time that goes into rearing an animal needs to be recovered in that animal’s weight and size in order to make best the use of the planet’s scarce resources.

The agriculture industry has always aimed to produce bigger, healthier animals more quickly, but now food producers must balance the increasing appetite and demand of a growing population while simultaneously minimising the harmful effects to the environment.

One way to measure the efficiency of animal production is to look at the feed-to-weight ratio of reared animals. Feed Conversion Ratio (FCR) compares the amount which a farmed animal is fed to its resultant gain in weight, as a way of measuring conversion efficiency.

This means that what animals are fed is of huge importance and requires the animal feed industry to deliver on performance. 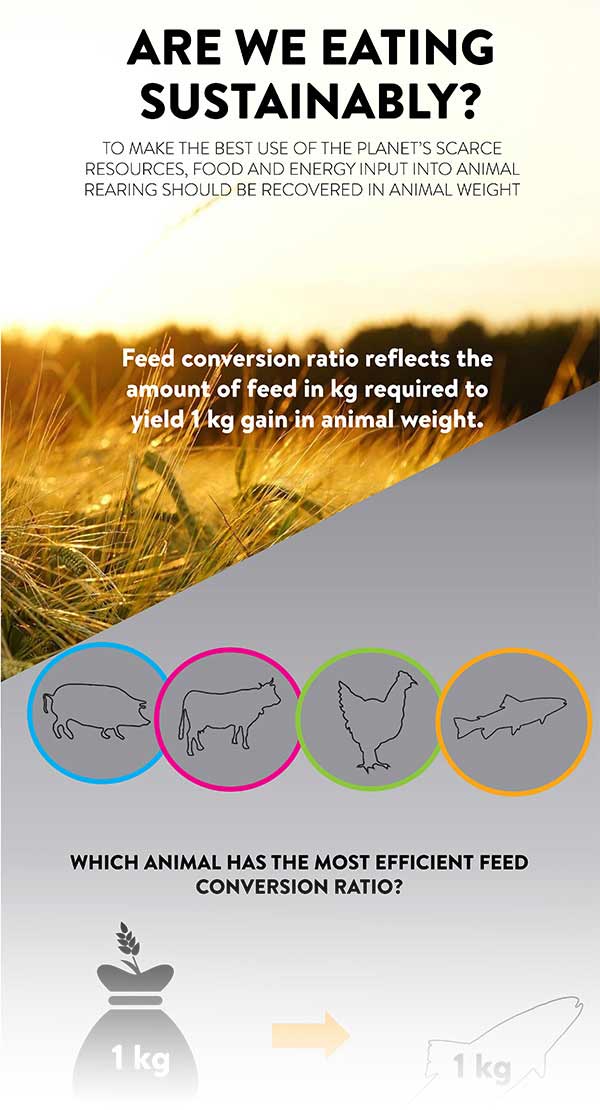 Phytate is an abundant store of organic phosphate present in grains and beans where it accounts for 2-3% of dry weight. The phosphate it contains is an essential nutrient for all animals.

Most animals are fed on a diet of grains and cereals but phytate is not easy to digest, particularly as non-ruminant animals such as poultry and pigs have the enzymes but not in the correct place and not in the sufficient quantities to release the phosphate contained therein. Consequently, excess phosphorous (phosphate) is lost to the soil via animal waste.

Significantly, undigested phytate is itself detrimental to animal health as it binds tightly with metal ions (such as iron and zinc) preventing the animal from benefiting from these essential minerals. Freshwater and marine environments can also take a big hit from undigested phytic acid as it can lead to algal blooms, a serious case of environmental pollution.

Animal feed is either augmented with rock phosphate (expensive to mine and, as a naturally occurring resource ultimately limited in supply) or with enzymes - synthetic products of the Industrial Biotechnology sector which release phosphate from phytate as the feed passes through the digestive tract of the animal. The release of phosphate improves animal performance and worldwide the feed enzyme market alone has an estimated annual worth of $1bn.

The work of Drs Brearley and Hemmings is fundamentally concerned with the engineering of these enzymes, phytases, and with the demonstration of their efficacy in carefully controlled animal feed trials along with their industrial partners, AB Vista.

Since starting out in 2004, AB Vista has achieved the status as one of the UK’s top contributors to the animal feed industry. With more than 170 staff employed across the world, the core of AB Vista’s core values is to ensure that animal nutrition is the best it can be. This is achieved by providing animal feed with enzymes that will make the animal’s energy and nutrition as efficient as possible.

Is Engineering Agriculture The Future?

Most enzymes added to animal feed are 3rd or 4th generation enzymes, originally derived from fungi but more recently from bacteria.

On its journey through the animal gut, the enzymes are subjected to constant assault from high (or low) pH environments and to protease attack, while at the pelleting stage in the feed mill the feed enzymes and the feed are subjected to temperatures approaching or exceeding 100deg C.

Because animal feed is comprised of different materials processed under different conditions in different countries for different animals, it is essential that feed enzymes are as versatile as possible and that they are tested in as many environments (feed situations) as possible. With phytases, we at UEA, have pioneered research on a family of novel enzymes which in many ways are suited to animal feed applications. With our industrial partners, we test current and next generation enzymes in animal feed trials, to determine effective dosing, to determine the physiological basis of their efficacy, and, of course, to guide precision agriculture.

Dr Brearley's long-standing research in inositol phosphate, including phytate, enzymology of plants and animals reflects a strong tradition of inositol phosphate biochemistry in the UK. The cellular pathways by which phosphates are added or removed from inositol and inositol phosphates are complex and the enzymes that perform such functions are targets for the pharmaceutical and feed enzyme industries. From this perspective, Dr Brearley saw that there is tremendous natural variation in the structures and function of enzymes capable of acting on phytate and with colleagues on the Norwich Research Park including Dr Hemmings and Beatriz Gonzalez (CISC, Madrid) was the first to characterise two enzymes, one that makes phytate and one that degrades it. The latter holds promise as a next generation product for the feed enzyme industry.

AB Vista have worked with Dr Brearley for more than 5 years now, the initial contact being made on the basis of potential overlap between his work and our interests. This relationship has flourished to the point where AB Vista now commission more work with Dr Brearley’s lab than any other University in the world.  The value of the work being done in Dr Brearley's lab is such that he was one of several invited guest speakers to give a Plenary Lecture at a conference organised by AB Vista on phytate and phytases (2nd International Phytase Summit, Rome, 2014).

Brearley's and Hemmings’ work closely with industry to analyse the efficiency of the enzymes.

They analyse animal digesta in order to decipher the effects of their enzyme (Dr Brearley developed new methods to analyse levels of phytate and its digestion products, including inositol in animal digesta) and have widened their research to consider the industry practice of ‘super dosing’ – which is gaining wide acceptance as a means to improve animal nutrition.

With the feed industry submitting samples from across the world, it is possible for the team to piece together how the new enzymes are impacting on animal performance - giving a real time picture of how their research is changing food production across the globe.

Brearley and Hemmings hope to deliver to market a completely new, thermostable and catalytically active enzyme to spearhead a new era of sustainable, precision engineered agriculture.

They are also looking to explore other potential areas where the industry doesn’t currently measure feed performance – such as their work on inositol.

Although the industry is currently geared around using phytate digestion (phosphate release) as a model to analyse feed to weight ratios, when phytate is digested it actually breaks down into phosphate and inositol (a simple organic molecule with 6 carbons in a ring). Dr Brearley is looking at what the contribution of inositol released from animal feed during digestion is to animal performance.

The scientists have developed a method to measure inositol in animal plasma – if feed is efficient an increase in inositol in the animal plasma is displayed which can be correlated with improved animal performance such as improved weight gain and muscle physiology.

As a direct result of their research it is now possible for the industry to consider a completely new way to measure the effectiveness of animal feed, potentially directly benefiting the industry’s ability to deliver a high performing product in a sustainable way. 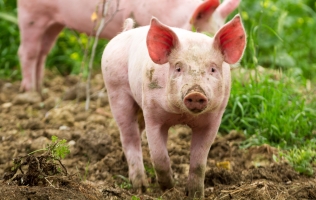 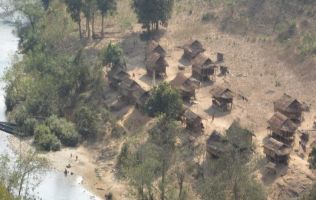