Dr Maren Duvendack is lecturer in development economics at the University of East Anglia. In 2011, she undertook a systematic review of the evidence surrounding microfinance, a form of credit provision often touted as a remedy for poverty in the developing world.

Dr Duvendack's report, which found no evidence to support the benefits of microfinance, had a lasting impact on the conversation in this area – and continues to influence the debate today.

In concept, microfinance sounds hard to argue against. Pioneered in the 1970s by Bangladeshi social entrepreneur Dr Muhammad Yunus, the term describes the practice of offering small loans and other financial services to people living in poverty – people who have traditionally been excluded from the mainstream banking system. The theory goes that access to credit will help the poor to set up their own businesses, stimulating local economies and, ultimately, helping to break the cycle of poverty.

To borrow a phrase from politics, microfinance appears to offer a hand-up, not a hand-out. It's easy to see the appeal of easily-accessible credit as a democratising force for good in the developing world, and microfinance tends to be couched in terms that emphasise this ethical, grassroots approach. In particular, it's often touted as a way to tear down culturally-entrenched gender barriers around financial independence.

They were to assess what impact, if any, microfinance programmes have had on alleviating poverty and improving wellbeing. Their findings, presented in a landmark study, were damning: based on the available evidence, the impact of microfinance was zero. The widespread enthusiasm for microfinance appeared to be built on foundations of sand.

How was the evidence reviewed?

Dr Duvendack's study, "What is the Evidence of the Impact of Microfinance on the Well-being of Poor People?'" was among the first systematic reviews of the benefits and value of microfinance, including individual, group and mixed lending. While earlier studies focused on impacts in specific geographical areas, this was the first truly global review of the evidence.

The undertaking involved rigorously screening more than 2,600 studies, from academic papers to "grey literature", such as documents written by non-governmental organisations (NGOs), print media and webpages. These documents were drawn from a variety of sources: briefly, the team searched 11 academic databases, four specialist microfinance websites, and eight NGO or aid organisation websites, as well as the bibliographies of a large number of reviewed books, journals and PhDs.

Inclusion and exclusion criteria were then drawn up to narrow the list down to the most appropriate studies, and documents that passed this inclusion criteria were then subjected to a rigorous quality appraisal. Screening the literature was a crucial part of this review, because – as the team discovered - many of the case studies and reports produced about microfinance simply don't hold up to academic scrutiny, whether due to weak methodology, insufficient data, or outright bias.

In all, of the 2,643 documents the team subjected to the systematic review process, just 58 survived. This, in itself, might have been an early warning that the benefits of microfinance had been systematically overstated.

What the review found

In reviewing the 58 highest-quality publications left after this review process had been applied, Dr Duvendack's review found nothing conclusive to support the view that microfinance has had a positive effect economically, socially or on the empowerment of women in the developing world.

The methodology used in many evaluations was also called into question, particularly the appropriateness of using randomised controlled trials (RCTs) – a technique borrowed from medical research and considered to be the ‘gold standard’ by many – as a way of evaluating the effectiveness of microfinance.

In any case, the RCTs considered by the review did not prove any positive impact and, more worryingly, failed to acknowledge this – instead calling for more research, presumably until a positive impact could be found. This underlying theme of enthusiasm for microfinance, in spite of a lack of any real evidence for its benefits, proved common throughout much of the literature.

To quote from the report's conclusion:

"Microfinance activities are highly attractive, not only to the development industry but to mainstream financial and business interests with little interest in poverty reduction or empowerment of women … it remains unclear under what circumstances, and for whom, microfinance has been and could be of real, rather than imagined, benefit to poor people."

Dr Duvendack's report was considered a major challenge to the widely-held view that microfinance initiatives were generally successful, achieving widespread coverage and sparking considerable academic debate. These shortcomings were brought into the media spotlight after a number of articles, including in the Guardian and the New Republic, were published citing the study.

As a result of its publication, Dr Duvendack was invited to deliver keynote speeches on microfinance at events held by the Max Planck Institute for the Study of Societies and the University of Pula. She also spoke at the House of Commons' All Party Parliamentary Group on Overseas Development's event, "Measuring the Scope, defining the limits: weighing the evidence on microfinance".

Dr Duvendack's study generally concentrates on the lack of evidence for microfinance's success, rather than the specific reasons for why microfinance might fail.

However, in an interview, Dr Duvendack suggested that the assumption that access to finance alone can be an effective solution to poverty is flawed. After all, providing a loan to start a business does not teach somebody how to run a business, how to manage growth and plan expenditure, or how to hire effectively. Many recipients of microfinance may also lack literacy and numeracy skills.

As an example, she mentioned a woman in India who took out a loan so that she could open a kindergarten for local children – something that, at first glance, sounds like a poster story for the inclusive power of microfinance. However, without any guidance or support, and with no experience of managing a business, the venture was unsuccessful and the woman was ultimately left in debt.

In short, without the infrastructure and education to support it, microfinance cannot be expected to have the impact it's supposed to – and worse, it runs the risk of leaving borrowers in debt. Despite its grassroots, community-centric origins, microfinance has become big business in India and elsewhere in the developing world, attracting major financial institutions as a new, untapped market was born. It shouldn't be a surprise that so many voices are still advocating for it – even when the evidence doesn't match up with the aspirations. 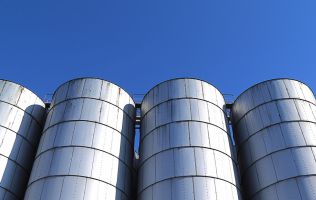 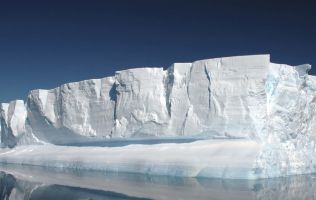 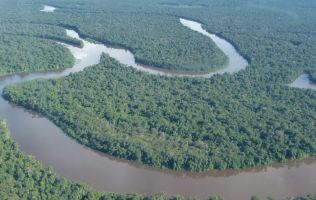 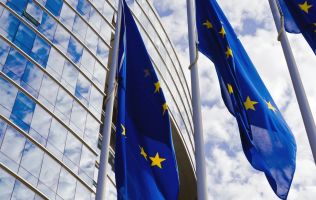