Young and Old and Gone - Memories Of Ian Dury 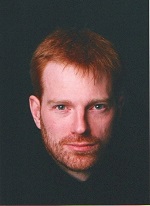 I knew I’d see Ian Dury on stage again. Just once, at the London Palladium. However, for most of those gathered in the UEA’s Lower Common Room on the 4th February 2000 it was their last glimpse of pop’s ultimate outsider. He passed away 23 days later with his wife Sophy and his two little boys, Bill and Albert, at his side. He was 57: "Young and old and gone".

There was an extra twinge of sadness for me on that night in Norwich. In addition to being a lifelong fan, I was completing my biography of Ian. For more than a year and a half, I had delved deep into his past, both personal and artistic, striving to understand him through some of those who knew him best. Happy memories, some less so, have been shared with me in a variety of settings: from squats and dingy rehearsal rooms, to the cosy cottage that belonged to Ian’s aunt Molly.

Ian denied me an interview as he was gravely ill, but he was happy for me to interview his band-mates and had co-operated in other ways. He had summoned me to his Hampstead home towards the end of 1999. I had succeeded in tracking down Barry Anderson, his childhood friend with whom he leapt excitedly into the open-air swimming pool on Southend seafront on that fateful summer day in 1949. Within weeks, Ian succumbed to polio. Barry never did. Such is life’s lottery.

Barry was living in Switzerland when I made contact with him and I gave him Ian’s phone number, putting them back in contact for the first time in about 30 years. Taken aback at the extent of my research and perhaps wanting my job to be complete, Ian unlocked a valuable door. “Go and see my aunt Moll,” he instructed in his gruff, sinister brogue. “I’ll tell her to expect you.”

Ian was clear that he did not want my book to be a 'hagiography' and he talked about the possibility of me returning to interview him. It was not to be and the next time I saw Ian he was on stage at The Cambridge Corn Exchange, a week before Christmas. He looked weak, sitting on a box and struggling through the opening numbers. He soldiered on, as was his style, but the cancer was ravaging him. Emotions were running high on stage and off at the Lower Common Room when his sidekick Derek The Draw (now lead singer with The Blockheads) escorted him out to ecstatic cheers. An iconic figure who had gone from pub rock curio to household name was enjoying an unexpected renaissance with his band. However, the party was tragically cut short and as the gaunt-looking performer waved his farewells, it was clear the end was in sight: "But when we’re torn from mortal coil / we leave behind a counterfoil"

Norwich had been one of the stop-offs for the bus full of reprobates Stiff Records had sent out on the road in 1977. Ian had joined Elvis Costello, Nick Lowe, Wreckless Eric and Larry Wallis on the Stiffs Greatest Stiffs tour, a countrywide jaunt that was reminiscent of the Motown Revues of the Sixties. The maverick label was throwing a lifebuoy to a bunch of jaded pub rockers, whose careers were threatening to vanish forever beneath pop’s frothy surface. Ian Drury did not so much grab the opportunity as throttle it, treating every night like a prize-fighter and trying to floor Elvis Costello with a knockout blow. The music press were in no doubt by the end that it was Ian and his blistering group who had emerged the victors. Ian’s album New Boots and Panties entered the UK album chart during the tour and remained there for a staggering 89 weeks. The release of What a Waste as a single brought a Top of the Pops appearance that had once seemed as unlikely as a moon landing for the former leader of Kilburn & The High Roads. In January 1979, Ian was lying on a beach in France when he was given the news that Hit Me With Your Rhythm Stick had reached number one back home. It was both his and Stiff’s first chart topper: "Das ist gut! C’est Fantastique! / Hit me, hit me, hit me"

My book about Ian led (albeit many years later) to doing another about Stiff, which took a chance on him and was handsomely repaid. The label was willing to take on the industry’s square pegs, a midnight at the lost and found for music’s waifs and strays. The major record companies were part of the jet set by the late ‘70s, all expense accounts and boardroom meetings. Stiff took decisions on the flip of a coin in the next-door pub, and songwriters could wander in off the street and hand their demos straight to the people who ran it.

Early records were knocked out cheaply and quickly at the grimy Pathway Studio where Nick Lowe and some session musicians would often be waiting. Nevertheless, the artwork and marketing of the records was razor-sharp and - as with the likes of Madness, Lene Lovich, Tenpole Tudor and The Pogues - visually engaging. All of which made researching the book and speaking to those it signed a colourful experience. After all, it is not every day that you are driven erratically across London by Jona Lewie, take a train with Rat Scabies or have to help get Shane MacGowan out of a toilet cubicle…