DE LA SOUL, LIVE MUSIC AND WHY THE STAKES IS (STILL) high

I was at Newcastle University at the time and saw them there at the Students’ Union venue. It was a memorable occasion, but UEA in 2017 was better. Why? Because this time I was with my son.

It’s advisable to prepare yourself for audience participation at a hip-hop gig: rabble-rousing chants; playground games of ‘my side’s better than your side’; a little baiting. So far, so old school. But what if the old in the old school were to be taken rather more personally? This is exactly what happened, unlikely as it sounds, during De La Soul’s life-affirming show at UEA on 8 March 2017. The surprise, thinking back to it now, was that marking the old in the old school made perfect sense.

De La Soul have history with UEA, having first played here on 22 October 1989. They visited again in 2006, but the 1989 date is the one for the record books. Back then they were touring to promote '3 Feet High and Rising', a kaleidoscopically inventive and articulate treasure trove of a debut album, and one of the indisputably great records of the past thirty years. I was at Newcastle University at the time and saw them there at the Students’ Union venue. It was a memorable occasion, but UEA in 2017 was better. Why? Because this time I was with my son, one of a number in the audience unable to participate in the age-based shouting game for reasons of – well, of age: he’s 17. I’m old; he’s still at school. The age difference is all too obvious, but courtesy of parental privilege, the likes of De La Soul and the other Native Tongues have helped to bridge the gap these past few years.

Pos and Dave split the room three ways: 18 to 30, 30 to 40 and 40-plus (or something like that). It was a neat way to acknowledge what everyone could see, even with the lights down: that the members of the group, along with a fair number of their audience, are now 40-somethings. Rap may be a young person’s game but the generation that grew up during the so-called golden age of hip hop is now pushing 50. There was, admittedly, much opportunity on the night for generational embarrassment, even with the rappers easy-going owning of their middle-agedness. The teenager standing in front of us was certainly looking anxiously to distance himself from the enthusiasm of his father. And yet there was more to the occasion than inter-generational shout-along renditions of ‘Me Myself and I’, ‘A Roller Skating Jam Named “Saturdays”’ and ‘Stakes is High’. Hip hop at its most compelling is and has always been about history and affiliation, in its words and in its music.

Listening to De La Soul and the best of their golden-age contemporaries was a cultural and political education for me, back in the late 1980s and early '90s. Hip hop’s importance felt equal to that of the literature I was encountering, simultaneously, on my undergraduate degree. The rhymes taught me about African-American history and culture, while the sampling and re-imagining of decades of recorded sound was a gateway to deep traditions of jazz and soul. The music was rooted in social history and the social history sounded musical, each vibrantly bound up in the other.

So, the generation game played by De La Soul at UEA wasn’t just a crowd-pleasing variation on hip-hop’s old-school showmanship. It was in the tradition of a music that lives in the present by what it makes of the past; that lives by how present it makes the past feel, and sound. That night, with Long Island in the house here in Norwich, was a communal celebration of the best of that tradition. It was evidence of how vital the music is, now more than ever. Stakes is (still) high.

My first proper exposure to music was as an 11-year-old with a rap mix tape made for me by my dad. It was a compilation of the best (and least explicit) music from his collection. Drawn in by the colours of the cover of 'People's Instinctive Travels and the Paths of Rhythm' and the vague suggestion of a football theme in ‘Can I Kick It?’, I was in. Soon to follow were the fresh cadences of ‘Concrete Schoolyard’ and the fun of ‘The Magic Number’, the latter by a band called De La Soul. My focus was set. The beat, the eloquence of the lyrics and the joy of the songs: it was hard not to get hooked; and although it was a while before I listened to 3 Feet High and Rising in its entirety, my khaki De La Soul t-shirt spelt the name of my favourite band for several years to come.

Scroll forward a few years, past the release of 'And the Anonymous Nobody', to the day when my dad came home, too excited to keep his purchase of the De La Soul tickets a surprise, chuffed that a seemingly un-Norwich band would find themselves at the LCR – again! And what a gig it was. The absence of Maseo was noted and not appreciated, but that didn't stop ‘A Roller Skating Jam Named “Saturdays”’ sounding any less sweet. Being alongside many like-minded listeners, far from the Ed Sheeran-filled ears of my school year, made for an atmosphere like no other. Everyone in the room, a slightly older crowd than expected, reached De La heaven.

The sullen tones of Elliott Smith have recently taken my adolescent fancy but my music taste would be nothing if, back in primary school, I hadn’t heard about the potholes in the lawn. 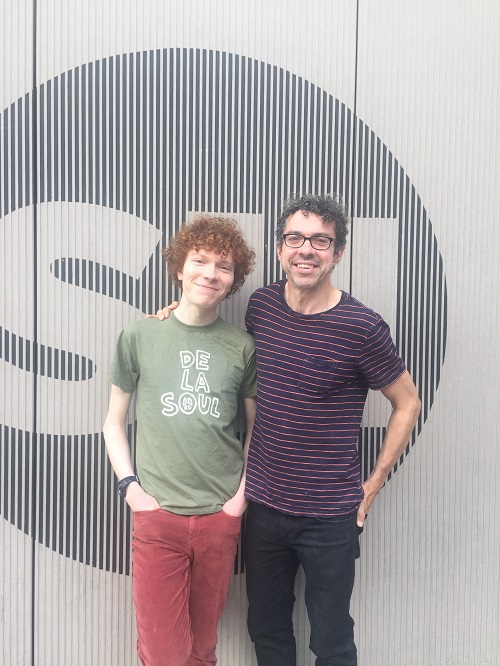