LIZZ PAGE ON WHY SHE MAY YET HAUNT UEA'S LCR

Savages 23 November 2016: turning loudness, quietness and darkness up to eleven 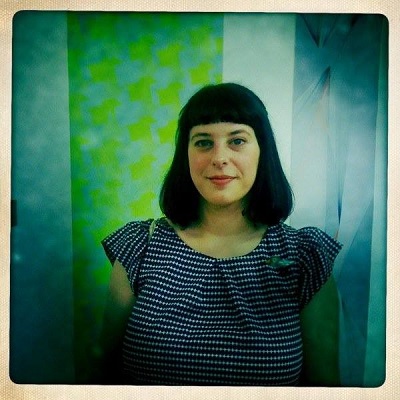 Now then. I’ve attended probably 300-400 gigs in my capacity as a lifelong music obsessive, plus some more as Outline Editor, and at least half of those at the LCR and the Waterfront since I arrived in Norwich in 1993 as a very overexcited UEA undergraduate. But Savages at the LCR last year was perhaps the most perfect live performance I’ve ever seen. I don’t say this lightly. Read on to find out why I left the gig shaking and having almost lost my mind.

I got myself properly down the front, centre forward, for the intro, and it didn’t disappoint. A reading of the lyrics of Leonard Cohen’s 'A Thousand Kisses Deep' laid over quiet classical music was a beautiful and moving start, especially as the stage and the auditorium were in total darkness. In fact, I don’t think I’ve ever been in such a pitch black LCR until four totally composed women took to the stage, white beams flashed and Savages launched into 'Shut Up'. It’s an absolute powerhouse of a track, demonstrating bass player Ayse’s astounding ability early on in the set (also see the incredibly fast introduction to 'Sad Person'). It’s massively loud all night without being in any way painful, even one row from the barrier, sharp, crisp and biting when it needs to be, and heavy and thick when required. Gemma is pretty much the best guitarist I’ve ever seen, and I’d rate her alongside Johnny Greenwood. Serious, intense and absolutely focused throughout, her playing is completely individual, and her background in being a ‘noise-maker’ still shows – she plays with sound, rather than playing the guitar, creating keening long stretched out wails, screeching feedback and dramatic riffs. Fay Milton on drums was also one of the best musicians I’ve ever seen – loose and wild but her power utterly controlled at the same time. The band was tight, and they kept in touch the whole way through via eye contact, so it felt like one big noisy beast working together.

But despite the fact that the whole band was absolutely extraordinary, and I struggled to choose who to watch the whole time, the star of the show was lead singer Jehnny Beth. Elegant, poised, dramatic and classy at all times, even during her many energetic crowd surfing/stage diving episodes of the evening, it was impossible to take your eyes off her. Her presence was modest, warm and inclusive – she came down to shake the front row’s hand several times, thanked us all for coming, and encouraged us all to get involved. It felt like we were all in it together; even though this was a proper stage performance it also felt like a group celebration. Her voice was strong as hell, her movements artistic without being in any way pretentious and her energy endless.

The Norwich crowd was as quiet and reserved as usual at gigs, but one of my favourites, 'Husbands', started a good natured mosh pit and a rising energy and a passionate reaction down the front. We got an extended version of 'T.I.W.Y.G' which was as heavy as any metal band I’ve ever seen live, 'She Will' lifted me off my feet, 'The Answer', shrill, crazed and heartrending, 'I Need Something New', guttural and swirling, and 'Hit Me', a massive punk fest.

'Adore Life', the title track from their latest album was absolutely the most beautiful thing I’ve ever seen on stage. Jehnny Beth was lit by a spotlight, and this, the only slow song of the night was a masterpiece. It’s a positive, peaceful song, full of love and comfort, lacking any of the anxiety that is present in other tracks. The mood in the room changed and it felt like we were watching a singer with the quality and poise of Marlene Dietrich or Edith Piaf. She is truly a momentous talent. There was a silent pause in the song that lasted at least 10 seconds, and it reverberated as loudly as the loudest points of the evening. The lights rose on stage as the song ended with a crescendo, and we were lit with warmth for the very first point of the set like the sun was rising on us. It took my breath away. The work they’ve done on creating an impressive and unique visual and audio show really showed, but it also felt entirely genuine and heartfelt.

As a treat we got a cover of Marianne Faithful’s 'Why D’Ya Do It?', and it was a rollocking, fun version despite the subject matter. The grand finale, of course, was 'Fuckers', and it was extraordinary. To see Jehnny Beth kneeling up on the hands of her fans, erect, proud, intelligent and fierce, but also not afraid to show her vulnerability and heart filled me with absolute joy. I nearly cried. No wonder everyone reached out to try to touch her and show their appreciation of her and the rest of the band. I have never before personally felt the urge to get closer to a musician in that way. But Savages were different, and for the first time ever I reached tentatively out to touch her shoulder gently, just to thank her for making me feel loved, appreciated and understood, on top of the high entertainment factor. Her ability to make her audience feel this way is a true gift.

The coming together of lyrics that I can identify with only too well, music that grinds my insides up and touches my soul, and an uber-stylish, professional and genuine visual experience made this a very special night for me. And after seeing hundreds and hundreds of live shows, I have experienced the best one ever.

From 1993 until today I look forward with great excitement to seeing more superb acts in the same room in which I have enjoyed and loved and been moved by live music from the ages of 18 to 42…and beyond. I fully expect to be having it large in the LCR until I die.

And then my spirit will haunt it.