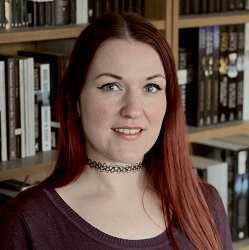 The very first time I witnessed Blondie live was at UEA in 2005. It was November, about a week before my birthday and I was beyond excited. I was working at the student union bar on the evening of the gig and my particular shift meant I only had to work for the support act. That way, I could watch the band properly and not from afar, standing precariously on a beer crate as I usually did.

As soon as the shift ended I didn’t even wait to remove my work shirt. I ran to the front of the crowd, pushing my way through the other gig-goers and waited in anticipation. As the lights dimmed, the butterflies in my stomach increased and as the band stepped on stage, the metaphorical lepidopterans were replaced with pure adrenal excitement. I was euphoric.

If you asked me now, I would be unable to recall the first song played as I was so completely overwhelmed by the presence of Debbie Harry on stage. To use the lyrics of “Heart of Glass” (which I do remember was one of the encore tracks) I was “riding high on love’s true bluish light”. She was in her sixties back then and still seemed as glamorous and as energetic as ever.

Halfway through the show, I was taken by the way the wind machine whipped through her golden locks as she belted out the lyrics to “Maria” and I was in awe. It’s a surreal feeling when you find yourself so close to your heroes, I had always imagined how she’d be in real life and was overjoyed to find her self-assured, badass demeanour was exactly as I expected.

Ever since I was a small person in the 1980s I’ve loved the music of Blondie.

My dad would always play vinyls and read comics on a Saturday afternoon and I would listen along intently, humming out of tune, nodding my head and eventually learning all the words.

Seventeen years after the group disbanded, their comeback album “No Exit” was released. It was 1999 and I was almost fifteen years old. I bought the single Maria on CD with my pocket money and I couldn’t wait to get my hands on the new album. The best part was that I purchased it before my dad could, so it was now my turn to play Blondie for him.

During my formative years, I shaped my personality around the idea of being a “rock chick” like Debbie Harry and even asked my parents for a guitar (they obliged but unfortunately I was terrible). Attempting to emulate Harry’s style I begged my mum to let me dye my hair. I persisted until she agreed but sadly, blonde didn’t pair with my freckled pale skin so I dyed over it with red without asking permission and got myself into a lot of trouble. Oh, teenage rebellion, what fun you were!

Whenever you see a band with several albums under their belt play live, chances are you won’t hear your favourite song. The song “Rapture” is one of mine; I was delighted when I heard the opening drum fill. In fact, it’s because of that song that I probably began to develop an early appreciation of rap music.

I think it’s that versatility that kept me listening to them over the years, the way they would jump from a ‘50s sound to new wave to rap to punk to reggae to disco and then back again. Few bands have the skill to create or even replicate an ever-changing sound without it sounding experimental, for Blondie it seemed to come so naturally.

The band name Blondie might be synonymous with Queen Deborah Harry herself, but the rest of the group have been just as influential. Co-founder of the group and guitarist Chris Stein alongside drummer Clem Burke have definitely left their mark in musical history. While I might not offer as much prestige and subsequent accolades as the Rock And Roll Hall of Fame, the band have certainly left their mark on me and I will never forget that particular autumn of 2005 because of it.

It was without a doubt, one of the best gigs I had the pleasure of experiencing during my time as a student at UEA.