DAVID POWLES ON THE POWER OF LIVE MUSIC 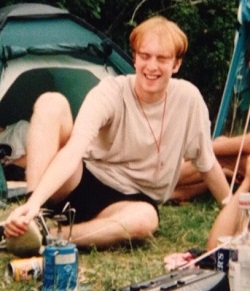 There have been some wonderful gigs at UEA’s Nick Rayns LCR over the past two decades, and I feel privileged to have been present for so many of them.

Super Furry Animals, LCD Soundsystem, Richard Hawley, Leftfield, Ed Sheeran as he won the Next Big Thing competition (after which I was lucky enough to interview him), Midlake (with support from John Grant and Grandaddy), Doves, Public Enemy, The Charlatans.

These are just some of the happy memories that come immediately to mind, but there are many, many more.

However, it is not always the gig from the biggest name that resonates the longest, and to this day the evening which provides my fondest memory of the venue was in fact one of my first spent there.

The band were Gene, a relatively run of the mill Smiths-esque indie band with a dozen or so top 40 hits to their name. I take pride in the fact I'm one of only a few hundred people who follow their Twitter account, which remains active even though the band are not.

Just 16-years-old at the time I'm pretty sure this was only the second gig I'd attended. The first was Cast at The Waterfront, in case you were wondering.

In those days seeing one of your favourite bands in the flesh was a really big deal - logistically and mentally.

There was about eight of us who wanted to go, but growing up in deepest darkest Suffolk, with the gig being on a school night, this presented something of a challenge.

Fortunately one of the group had convinced their Dad not only to be the designated driver, but to hire a mini bus and wait in the car park while we were inside throwing ourselves about to favourites like Olympian and For The Dead.

We talked about the gig for weeks beforehand. We debated the songs they'd start with and what would be in the encore. We made sure our fake IDs (mine had me down as a student at Bristol University) were ready to go.

It seemed to take an eternity to come around.

The only problem was that when the big day at the end of January finally came, so too did the snow - and lots of it.

That day lots of phone calls were made. Landline calls of course. Could we still go? Was our friend's Dad still up for driving? Who was in charge of getting their parent to buy us some tinnies for the journey?

We lost one person to the weather (penalised for living too far away and down roads that didn't seem safe to navigate) but other than that we were eventually good to go.

Much of the dualled A11 was still some way off, so after what seemed like the journey to end all journeys we finally found ourselves outside the venue, ready to go.

As we entered, the support band was just finishing. We'd made it, just.

The gig itself was superb. Lead singer Martin Rossiter spat out his lyrics like a man possessed. We moshed and sang along as he climbed speakers, jumped into the crowd and put on a mighty fine show.

And that was how it proved. The start of a lifetime of loving live music.