Creative approaches are needed if we are going to successfully communicate urgent scientific realities to diverse audiences and encourage mainstream collective activism on climate change that leads to genuine governmental action. Sometimes a single image can do more to change attitudes to climate science than any number of articles; the sight of animals such as pilot whales and albatrosses struggling with the fall out of pollution on Blue Planet in 2017 seemed to bring home to people the evils of single use plastic and now reusable water bottles are now much more common as are ‘bags for life’. My research focuses on visual narratives such as this and the ways in which climate change and environmental issues are represented in film and television and through documentaries.

If we treat these media as visual ‘texts’, then it is important to understand how meaning is produced within wider cultural and historical contexts and to offer critical examination of the themes, structures, and use of generic codes and conventions in films and television programmes that overtly or more covertly engage with contemporary anxieties and socio-scientific discourse. Interdisciplinarity is key – what can film makers and writers learn from climate scientists and vice versa?

This research can be very practical. I was one of seven UEA investigators on the ‘Meeting the Sustainable Development Goals’ project (2019-22) and my remit was to utilise and develop the power of short documentary filmmaking for educational, communicational, and advocacy purposes. This gave me the opportunity to use my creative skills and to experiment with visual narrative construction. As a transdisciplinary and transnational project, this also meant that I could collaborate with UEA researchers from the Schools of Pharmacy, Chemistry, International Development, and the Tyndall Centre for Climate Change Research, as well as with a number of overseas partner universities and NGOs.

Along with my research assistant, I produced 15 short films for this project, a number of which provided insight into the local effects of climate change, environmental degradation and economic hardship in marginalised communities in developing countries. These films have been and continue to be used in various efforts to empower local communities, to support both local and international training and educational programmes, to increase awareness and promote debate, to make research accessible to various stakeholders around the world, and to stimulate conversation with policy makers. 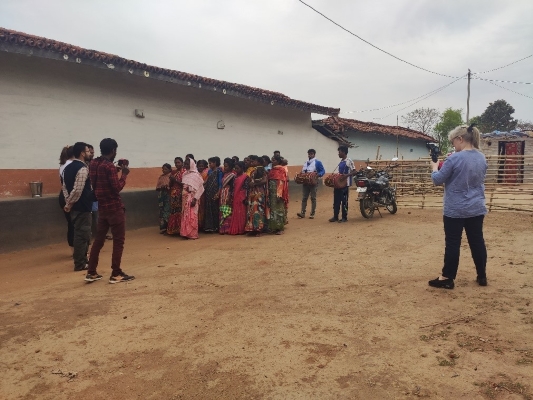 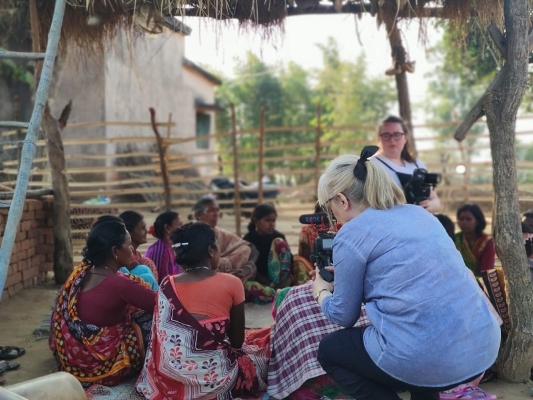 Over recent years, my research has also focused attention on media uses of a particular kind of narrative, the post-apocalyptic, and the ways in which climate change and environmental issues have been approached in film and television within this construct. There is a long-standing link between the apocalyptic/post-apocalyptic narrative and environmentalist activism. For example, in an overview of popular environmentalist publications since Rachel Carson’s Silent Spring (1962), Jimmie Killingsworth and Jacqueline Palmer note that apocalyptic narratives “have served as a standard feature of environmentalist polemic … as a rhetorical means of contesting their opponents’ claims for the idea of progress with its ascendant narratives of human victory over nature”. Unlike biblical apocalypse, as Ursula K. Heise points out, this secular usage of apocalyptic narrative in environmentalist literature “assumes that the End of the World can in fact be prevented”. Use of the post-apocalyptic in environmentalist literature has been less common, even though Carson’s brief prologue for Silent Spring, “A Fable for Tomorrow”, adopted its conventions in looking back to the present day from a devastated future time. However, the shift toward the post-apocalyptic in recent visual entertainment and documentary narratives surely alerts us to the importance of bringing the analytical skills of media studies to bear upon the ways in which this narrative variant is used in conjunction with high-profile public debates surrounding issues like climate change.

Many of these visual narratives speak to or resonate with real-world debates about future prospects for humanity, and my research aims to provide insight into the various ways in which fictionalised or speculative documentary media narratives can be understood as part of broader socio-scientific discourses.

Dr Christine Cornea is an Associate Professor in Film, Television, and Media, with an interdisciplinary research interest in environmental issues and Founder and Director of the UEA Green Film Festival.

Christine will commence a 10-month Research Fellowship beginning Autumn 2022 at the Centre for Apocalyptic and Post-Apocalyptic Studies at the University of Heidelberg in Germany, working with international scholars and scientists to research collaboratively on ‘ideas and experiences of the doom of worlds and their aftermath.’