Video game writing and a return to UEA

Sarah J Longthorne is a professional writer and the senior narrative designer at Sumo Digital  Nottingham, having previously worked at Fusebox Games and Jagex.

Sarah graduated with a first-class degree in Scriptwriting and Performance in 2014 and was shortlisted for The Student Room's 'Student in a Million' award in 2014 after setting up a  mental health movement during her studies. In September 2021 she has returned to UEA part-  time for an MA in Creative Writing: Prose.

She was a finalist for the Rising Star of the Year (Development) award in the MCV Women in Games awards 2019 and was listed as one of MCV’s 30 Under 30 “best young talent in the industry” in 2021.

Why did you choose to study at UEA?

About eleven years ago, while I was studying my A-Levels, a girl in my English Language class told me that UEA had the best creative writing course in the UK, but that no one in our cohort was good enough to get in. That’s the moment UEA became my first choice.

What were your career ambitions while studying here and how did they develop?

I wanted to be a published fantasy author, which is still true. I was interested in screenwriting too, of course, but didn’t know how one would break in, and was told regardless that doing so was a dead end. As a result, I went for whichever jobs would allow me some level of writing and ended up in marketing.

How did you come to work in the gaming industry?

One of my marketing colleagues noticed my love of video games and told me that there were a couple of studios in the city, one of which was surely hiring for my skillset. I looked around and found a marketing role at Jagex, which makes RuneScape. Once at Jagex, I asked for opportunities to contribute some writing to the game and got involved in game design initiatives, eventually leaving to take my chances as a freelancer before ending up at Fusebox Games and finally Sumo Digital Nottingham, where I am now.

What have been your career highlight?

This year I made MCV’s 30 Under 30 list in 2021, and just this week I was promoted to Senior Narrative Designer! A lot of the games I’m most proud of haven’t been announced, or else I can’t yet talk about them, but shipping those titles will be a high for sure.

What is the most rewarding thing about working in games and on games writing?

It’s always such a joy to work with artists, animators and voice actors and see your stories and characters come to life for the first time, and to see players enjoying your work once the game comes out. I also love announcement time, watching everyone get excited online.

Does working on a video game give you more narrative options than in more traditional forms of storytelling?

Games arguably provide the most immersive form of storytelling by allowing the player to inhabit the protagonist and move the story forwards with their actions – and in some games, even alter the story! But the more control the player has, the less we can dictate certain beats. We also have to consider the collaborative nature of game development and the fact that the narrative is penned in by what we can technologically achieve, which may change over the course of development.

With that in mind, do you think the industry should be on the radar of more creative writing students?

Absolutely! I wish I’d known there were jobs here for writers when I first graduated, particularly since it’s one of the only industries which pays a stable salary for creative writing, assuming the studio is financially sound. But interactive writing isn’t necessarily a smooth transition – writing skills alone won’t cover it.

After making a successful start to your career you’ve returned to UEA to study a part-time MA in creative writing. Why have you decided to come back and how do you think it will help your career?

Returning for the MA was always my goal, and publishing a novel my dream. My mentor (alum Greg Buchanan) said the MA would transform my writing life, and so far, he was right. I’m more confident, my writing is improving and I’m on track to complete this draft, which I hope to one day get in front of an agent – perhaps with the help of the anthology! 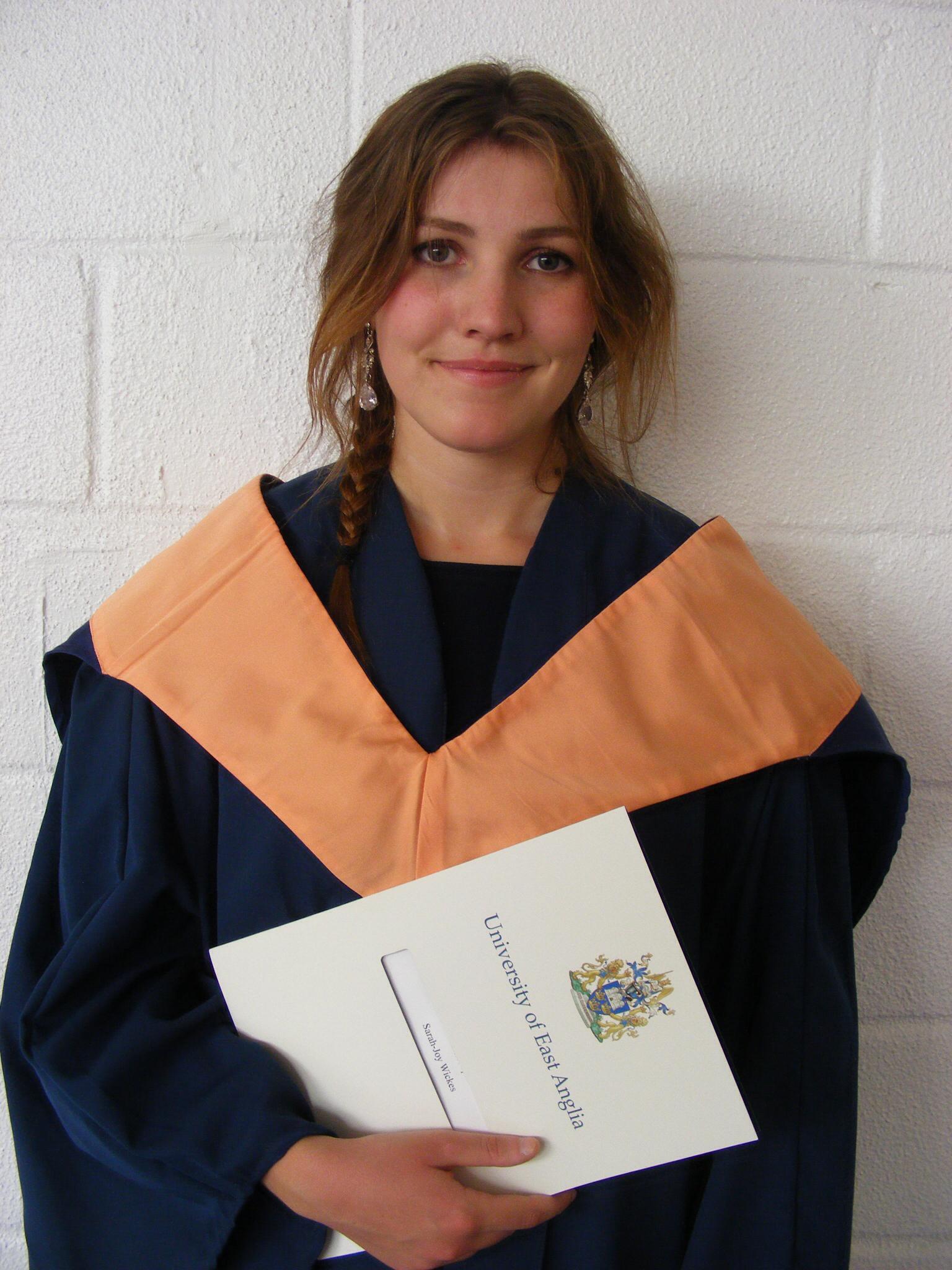 And how does it feel to be back studying at UEA? Has it brought back some good memories?

While I enjoyed my BA, I was quite unwell mentally and struggled to make and keep friends. This time has been like a reclamation. I’m building new memories and associations with all the things and places that hurt before, replacing old with new, bad with good. What I’d assumed to be a sad story simply wasn’t over yet.

I intend to stay in video games while writing fantasy on the side. Hopefully by the end of next year I’ll have shipped at least one AAA title, and I hope as well to have made good progress on my first novel, Uthervold. Fingers crossed that will be on bookshelves one day!