The strength in storytelling

Molly Naylor is a poet, scriptwriter, and co-director of True Stories Live. She grew up in Cornwall, graduated from UEA in 2009, and stayed on in Norwich. ‘I’m one of those classic UEA students that stays because it’s so delightful,’ she says.

A recent recipient of a UEA Engagement Award, Molly spoke to Freddie Reynolds in the Alumni team about missing out on her first Edinburgh show in four years due to the COVID-19 pandemic, the strength of storytelling, and how she’s worked with her co-director Lucy Farrant to make their events as accessible as possible.

It’s not about performing. It’s about being authentic. It’s not an application of skills, but an irradiation of blocks. 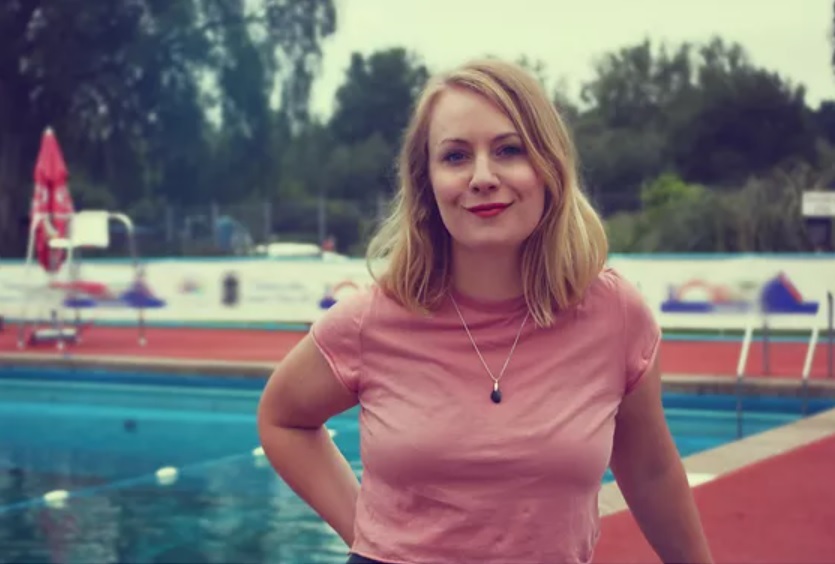 How has your work been affected by what’s going on?

I’d just finished writing a theatre and spoken word show when the lockdown happened. I was taking the show to the Edinburgh Festival and was about to embark on a run of preview performances nationally. And then, of course, it all started getting cancelled. So what I thought I would be doing at this point was an intense series of performances leading up to my first Edinburgh show for years. It’s strange to not know when it’s all going to happen again.

Of course in many ways I’ve been very lucky, and I have a lot going on. I have this strange career where I’m a scriptwriter and a poet and a spoken word performer – and then of course I have my work with True Stories Live. I recently found out this is called a ‘portfolio career’, which is a fancy name - I’m delighted! And it means at the moment that I can still pay the mortgage.

Why did you make the decision not to turn to online performances?

I think the joy of performance for me is the people in the room. The idea of me just doing it in my flat just feels really dreadful. For me transferring that experience to online hammers home the separateness of it even more. I’ve adapted to this way of living now – to the things I can do and the people I can see. But performance is an area that I just can’t really imagine adapting to though it’s something that I should probably try and switch my perspective on and start thinking about. I saw Luke’s (fellow UEA graduate Luke Wright) online show and that was great.

Can you tell me where the idea for True Stories Live came from?

I’ve always loved storytelling events and I’ve tried to put them on in bigger cities and it hadn’t really worked. Lucy went to New York and to Moth – a very famous storytelling event – and she came back saying that we had to do something like that in Norwich. We had a really good meeting of minds. Lucy’s an amazing producer and I’m good at hosting, so it’s a great combination.

At first we reached out to anyone we could think of who would be a good storyteller – friends, relatives, colleagues – and now we have this open call system where anyone can get in touch and pitch a story. We do workshops in which people who have a small idea for a story can come along and I help them turn their idea from a kernel of a thing that happened into a full structured story. It’s not about performing. It’s about being authentic. It’s not an application of skills, but an irradiation of blocks.

We thought it would take ages to build an audience but the first night we ran the show it was sold out, and it’s just continued to be really popular. It seemed like there is a real audience of people who want to hear stories and tell stories in this really simple form.

Why do you think it works so well in Norwich?

Norwich is the perfect size. There’s a lot going on, but there’s always room for more. And because it’s quite small you may find you come along and recognise someone. People get to know each other, and get to know the storytellers.

The anthropologist Robin Dunbar says that the perfect number for a social group in 150. And the Norwich Arts Centre [where True Stories Live takes place] seats 150 people. So, it works well!

You won a UEA Engagement Award for accessibility. Can you tell me why that's important to you?

We’re interested in expanding it out to people and making sure people are able to do it in a way where there is no barrier to entry. A lot of people who come and tell a story on our stage have never performed before. They could be terrified of doing it; they’re not natural performers. And they’re not doing it to put on a show, but because they feel compelled to say something, or because they have something to work out in their own heads.

We work with lots of different groups in Norwich – Pride, New Routes, Mind, and many others – and we’re aware that there are people who don’t have access to, or don’t have awareness of, these sorts of events because it’s not at the forefront of their minds due to their economic or social situation. So we’re always looking to attract those who don’t usually access the arts.

All our events are pay what you can afford – which could be nothing. And we actively reach out to different people in our community who we think could benefit from doing a series of workshops with us.

What’s the plan for True Stories Live in the short term?

We decided not to do anything immediately. We were wary of panicking, transferring things over to a digital platform and not really giving it the thought it needed. But over the last few months I’ve been thinking about ways we can do something online that has a semblance of the feeling that the live shows have. And I think we’re getting there now.

One of the worries is supporting the storytellers, as the live events provide a very supportive environment. The idea that the storytellers are going to tell this really difficult or heart rendering or funny story alone in their bedroom is odd. We were worried that we wouldn’t be able to give them the aftercare they deserve, so we have to make that right.

More from the UEA Community Blog.