'The UEA and Norwich communities gave me a sense of belonging'

Kit Rackley graduated from UEA in 2004. In the first of a series of blogs to celebrate the class of 2020, Kit writes about the path to an unexpected career and their memories of university. 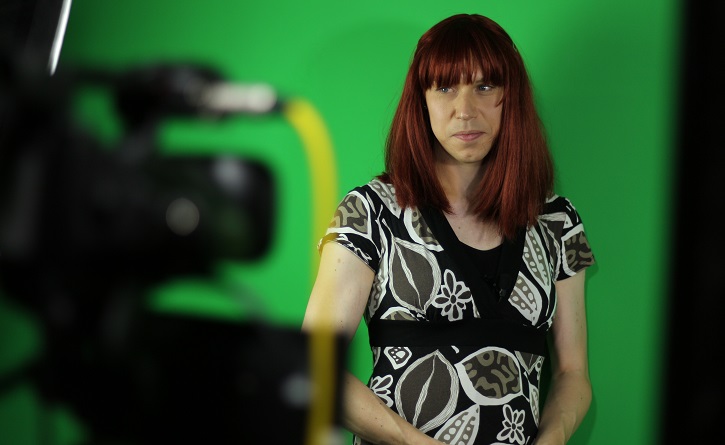 Admittedly I felt a little lost after graduation. Lost in the sense that my time as an undergraduate at UEA was one of the best and transformative in my life. At UEA I had finally found somewhere where I could start to fit in, where I was safe to begin the discovery of myself and my worldviews. My degree gave me experiences and new ideas, while the UEA and Norwich communities gave me a sense of belonging and freedom. So when that all came to an end in 2004, I was lost.

I never really thought about becoming a high school Geography teacher. Sure, being at university led me to have a go at being a summer camp councillor for middle-school kids in the USA between my first and second years. And I was good at it. So maybe, I thought, I could do a career working with kids about a subject I was passionate about.

My closest friends today – in fact pretty much all of them – directly or indirectly came from attending UEA. Two of them who did Environmental Science with me now live happily married in Cambridge and one of them works for the British Antarctic Survey. Another is married with kids the same age as mine, so we often do family things together. We all get together for American Thanksgiving every November, as my wife is from the USA. We started the tradition back in 2004 while I was doing my PGCE course at UEA and have been doing it almost every year since.

During my 13 years teaching Geography at a high school outside of Norwich I also helped out as an Associate Tutor training new PGCE students. I still do that off and on today as I’ve had a couple of career changes since. I took a year out in 2017-18 to work in the USA, first with climate scientists at the National Oceanic & Atmospheric Administration (NOAA) in Boulder Colorado, and then at the Exploratorium, a museum of science and technology and visitor attraction in San Francisco.

These posts, and then a two-year role for a non-profit, led me to work with world-leading climate scientists and academics, taking complex scientific processes and information and communicating it to students and members of the public. I certainly did not understand a lot of the details that the scientists were working on, but my geographical knowledge was deep enough to understand the elements that were important for non-experts to know, and challenge misconceptions. Both the connections to make these experiences happen - and the knowledge needed to succeed - was made possible by my time at UEA.

I have many fond memories of UEA: a dawn walk in the Lake District with fellow students on Steve Dorling’s meteorology field trip; having to go remind Iain Lake that breakfast was ready on the South Africa trip and seeing only his legs sticking out of his tent because he was deep into the latest release of the Harry Potter series; the open-mic Chill ‘em Out Jazz Café run by poet Luke Wright...

But one has stuck with me as an important life lesson, as well as changing my world view. The brilliant, late, Professor Kieth Briffa led my Climate Change module in the third year. He put a figure on the board, and told the class to analyse it – we all came to the conclusion that there was a strong correlation in the data and proceeded to make hypotheses and conclusions. After listening to us talk for 15 minutes, he gave a very damming critique of our approach - we had all fallen for his 'set-up'. He'd deliberately used a debunked dataset to teach us that lesson, but he didn't make us feel bad for it and spent part of the lesson going through biases that make everyone make spurious conclusions, which then lead to ineffective if not counter-productive actions.

Keith Briffa was one of the most inspirational and influential people I had the pleasure of being taught by at UEA. My friends and I would affectionately mimic his scouse accent (I can never say “dendrochronology” without going Liverpudian). By extension, if it wasn’t for Keith and his colleagues at the Climatic Research Unit, I probably wouldn’t have had experiences like working for NOAA.

Over the last three to four years I’ve documented my experiences. Feel free to check them out on my blog. I’d be delighted if you drop by and say hi.

Kit studied Environmental Sciences as an undergrad. They returned to UEA in 2004 to study for a PGCE