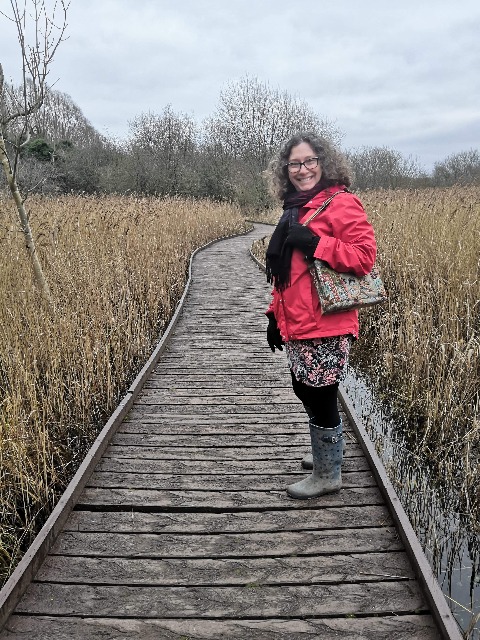 Simone Chalkley began her degree (a BA in English Literature with Creative Writing) at UEA in 2016 after 16 years running her own proofreading and editing business, and graduated last year. Last month she won UEA’s Snoo Wilson Prize for Scriptwriting, an annual award which honours one undergraduate and postgraduate for innovative and creative scriptwriting.

Simone explains why she started university later than most, what pulled her back into education, and why everyone should discover more about the ‘female Shakespeare’ that was her scriptwriting subject, Aphra Behn.

I needed to be a good role model for my children and that gave me further impetus to get back into education. I did courses at home and ended up running my own successful proofreading and editing business for the 16 years (20 now!) before I came to UEA.

Can you tell us a bit about your submission for the Snoo Wilson Award?

I wrote a 60-page historical fiction biopic screenplay about the first paid woman playwright in England, Aphra Behn, recreating the days prior to the opening night of her debut play ‘The Forc'd Marriage’.

When I heard about her I couldn't believe that she was not widely known outside of academic circles. In my eyes, she is the female equivalent of Shakespeare and deserves her name to be out there. She wrote many plays and poems, and it is widely debated that her prose fiction helped shape the novel format.

She wrote about subject matters such as sexuality and bisexuality, politics and slavery, and religion in a witty, satirical form. They were controversial subjects at the time, for men as well as women, and what I tried to do as best I could was to include all of these things in my work and create her very own rollicking romp – and I believe I was successful in this!

How did it feel to win?

Being announced as the winner and receiving such wonderful feedback from the judges made me feel like I had been understood. My work had been valued for exactly the reason I had wanted it to be.

When I discovered that Timberlake Wenterbaker was on the judging panel, I was star-struck. I am a big fan and the thought that she would be reading my work had my stomach in knots. I wanted so much to be the winner, not just for me but also for the woman I had written about.

What made you decide to come back to education as a mature student?

The education system didn't suit me as a youngster and even though I had enough GCSEs I struggled to fit in, which I imagine has happened to many people, so I left and ended up taking a different route.

After doing a variety of jobs that didn't hold many prospects, I then went on to become a young single parent. I needed to be a good role model for my children and that gave me further impetus to get back into education. I did courses at home and ended up running my own successful proofreading and editing business for the 16 years (20 now!) before I came to UEA. 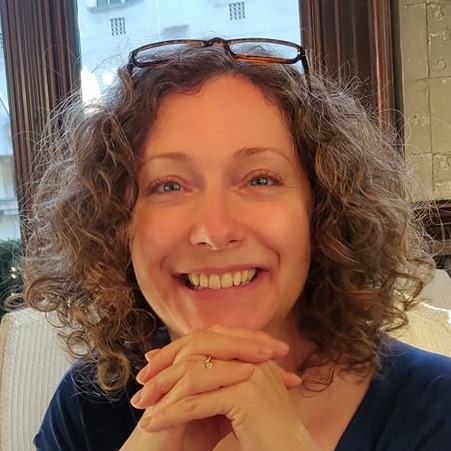 Working for myself from home was wonderful but eventually I wanted to be around people again. I tested the water by doing an Access course and when I got accepted to UEA after that, it was beyond the scope of what I imagined might happen. I was thrilled. I started on the foundation year as I didn't have a portfolio of creative writing and had to take the time to create one.

In my line of work there is always room for improvement and I like to update my skills regularly, but there is a big difference between making someone else's work look good and creating something completely from scratch. And there was always that pull, that desire to give it another go to prove to myself that I might be capable now I had more experience.

I embarked on the BA because I craved something different. I wanted to work with others and see where the creative side of things might lead. It has definitely taught me many new things as well as enhancing my previous skills. I had no idea that I was going to become a scriptwriter but the first time I ever wrote a script was in 2nd year and from then on, I received consistently high marks.

Having graduated and won the award, what are your plans for the future?

As well as continuing to run my own business, I make sure I have the time to be creative. I participate in writing workshops with other writers for prose, script, and poetry on a regular basis and as well as writing new things I have plans to rework my entire body of work from the BA, which mostly consists of Feminist Theatre, Speculative Fiction, and Historical fiction, but I also have plans to create some new work in the form of adaptation.

At present, I am enhancing and extending my winning script into a full length feature film for a competition for women aged over 40. I won't rest until I see Aphra Behn on the big screen, where she rightfully belongs! That might take a while and cost lots of money, so in the meantime, I am also thinking of turning it into a stage play. Watch this space!

What would your advice be to someone thinking of starting a degree as a mature student?

Just go for it. If you're thinking about applying, then just try it. It's not true that you can't teach an old dog new tricks. One week in third year, I was grappling with a particularly tricky concept in my speculative fiction module and, I kid you not, I literally felt a 'boom' in my mind and I swear I felt my brain created new synapses that day; a new pathway was formed when I finally grasped the meaning and got to put it in my essay. It was actually painful but worth it.

I got a great grade for that! No one is too old to learn. I might come back for a Master's at some point. I'm just waiting to see what happens with the COVID situation and seeing my youngest off to uni.

And as a graduate, any advice for current UEA students in general?

If possible, try to join in with extracurricular activities when you can. When I did get to go to SocieTea and the Filmmaking Society I really enjoyed it. Also, take advantage of the grounds and get in as much walking and nature as you can; walking around the Broad is great for inspiration and clearing your head.

Also, take advantage of all the support at the Hub and the library; the Hub was a lifeline to me in my final year. I wrote my dissertation under the most extreme circumstances - I had personal problems and then the pandemic hit too and I actually thought I might have to defer 3rd year or quit. This is why this win means so much to me, because I went from almost not finishing it to it being a success. All that hard work paid off in the end and the support of the Hub was second to none.