Xav Sinden, Dom Fraser and Callum Dineen are the three members of The Year in Pictures. All International Relations and Politics students at UEA, they met in their first year (‘at the first lecture on the first day’). Now in their third year - and after a year in lockdown - they have just released their debut EP.

Alternative Endings was recorded over the past year in lockdown, each track laid down in separate bedrooms – though the UEA music centre played a starring role when it came to recording the drums.

Xav (lead guitar and vocals) and Callum (drums) talk to us about the EP, the recording process, the collaborative writing process and, of course, their favourite night at the LCR. 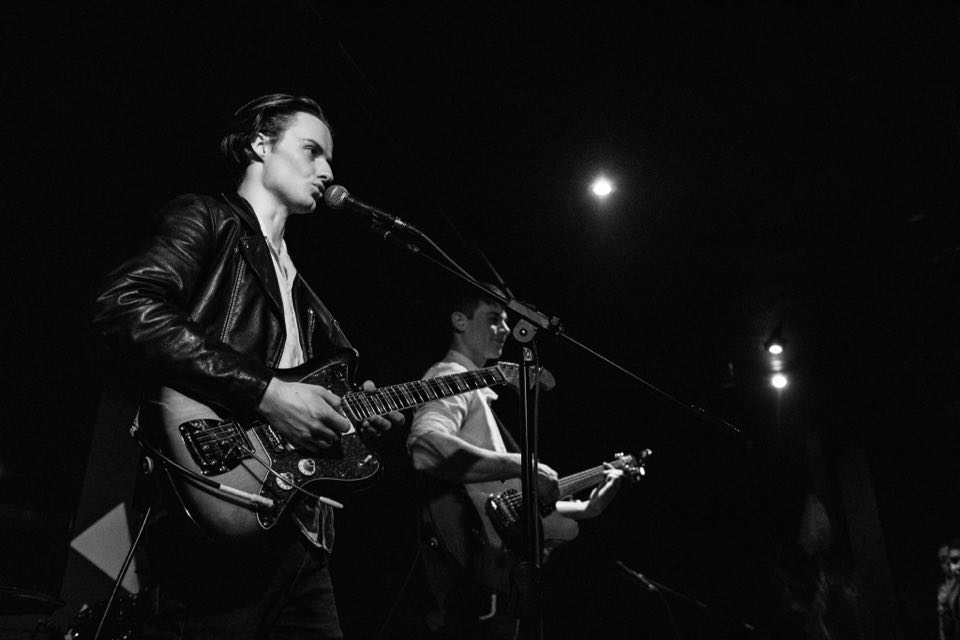 Congratulations on the new record!

Xav: Thanks! It’s nice to have it out in the world.

When did you all meet – and WHAT inspired you to start the band?

Xav: I met Dom at the first lecture on the first day of our first year at UEA, and then I met Callum a couple of days later. For me and Dom this is our first experience in a band. We started playing together without any expectations of what it would be. Fast forward two years and we’ve made this thing!

Callum: I’ve been in bands of various genres, whether that be jazz or rock, or played in orchestras, since I was about 11, so it was a must for me to get in a band when I came to UEA. Within a couple of minutes of meeting Xav I knew that I’d found someone that I was going to be making some music with.

How did this record come about? Had you started writing it pre-pandemic?

Xav: A couple of the songs – ‘Wasting My Time’ and ‘Nothing To Say’ – started life pre-pandemic when I was in Perth, Australia, on my semester abroad. The rest were written when we started recording the EP in the latter half of 2020.

Callum: I wrote ‘Hopeless Fever’ at the end of 2019 and it was the only song on the record that we played live before the pandemic kicked in. When we came to record it in October, I decided to change the lyrics a little to create more of a narrative structure and we added some extra guitar parts in. Having that space in between the conception of the song and the recording allowed us to take a step back and see what could be improved with it. ‘For No One’ has been around for years; I wrote the lyrics to that one back in 2017 as a poem and about a year later put them to the chord sequence of a jazz standard called ‘Autumn Leaves’. One thing I love about being in this band is that we each contribute songs, and we each contribute to each other’s songs. It’s a very collaborative process.

You wrote and recorded the album in lockdown, which is probably not how you expected to record your first EP.

Xav: It actually wasn’t too different to how we’d have done it anyway to be honest. I prefer to do everything in my bedroom where I can have total control and spend as much time as I want trying to find the right sounds. When we’ve recorded in a studio there’s always that pressure to get things done as quickly as possible as we’re paying for the time. Doing it this way meant that for better or worse I could spend hundreds of hours diving really deep into the production side of things. The only thing that wasn’t recorded in this way was the drums which we did in the big rehearsal room in the UEA music building in October.

Callum: I’ve done quite a few recording sessions in a studio so this was different than what I’m used to. Because we hadn’t spent a lot of time together in person for a while, one or two of the songs I’d only heard rough demos for so hearing full versions in the sessions before I laid down drum parts was an interesting challenge. It was great to have complete control over what we were doing and figuring out parts in the moment!  The drum sessions had a very DIY feel to them which created very spontaneous ideas. We had a lot of time over the couple of days recording the drums and it was just us in the room, so there was very little pressure and we explored a lot of different avenues.

How influenced were you by current events?

Xav: There’s probably only one line in the whole EP that deliberately alludes to what’s going on in the world right now. A few people have said that these are lockdown anthems, but I think that might just be a coincidence. But I’m happy for it to be whatever people want it to be.

Callum: I like to write lyrics that come from a place and are not really necessarily about a specific thing or person. If someone listens to a lyric on the EP and it resonates with them, whether that be from current events or a situation in their personal life, that’s a great thing.

Xav: Definitely! The one that sticks out to me is Slaves in autumn 2018; it was a crazy show and afterwards I felt like I had been in washing machine for an hour. I remember watching the opening act Lady Bird and thinking I can definitely do this myself (that’s not a slight at them, I think they’re great!) and so I went straight back to my flat after that gig and wrote our first song there and then. 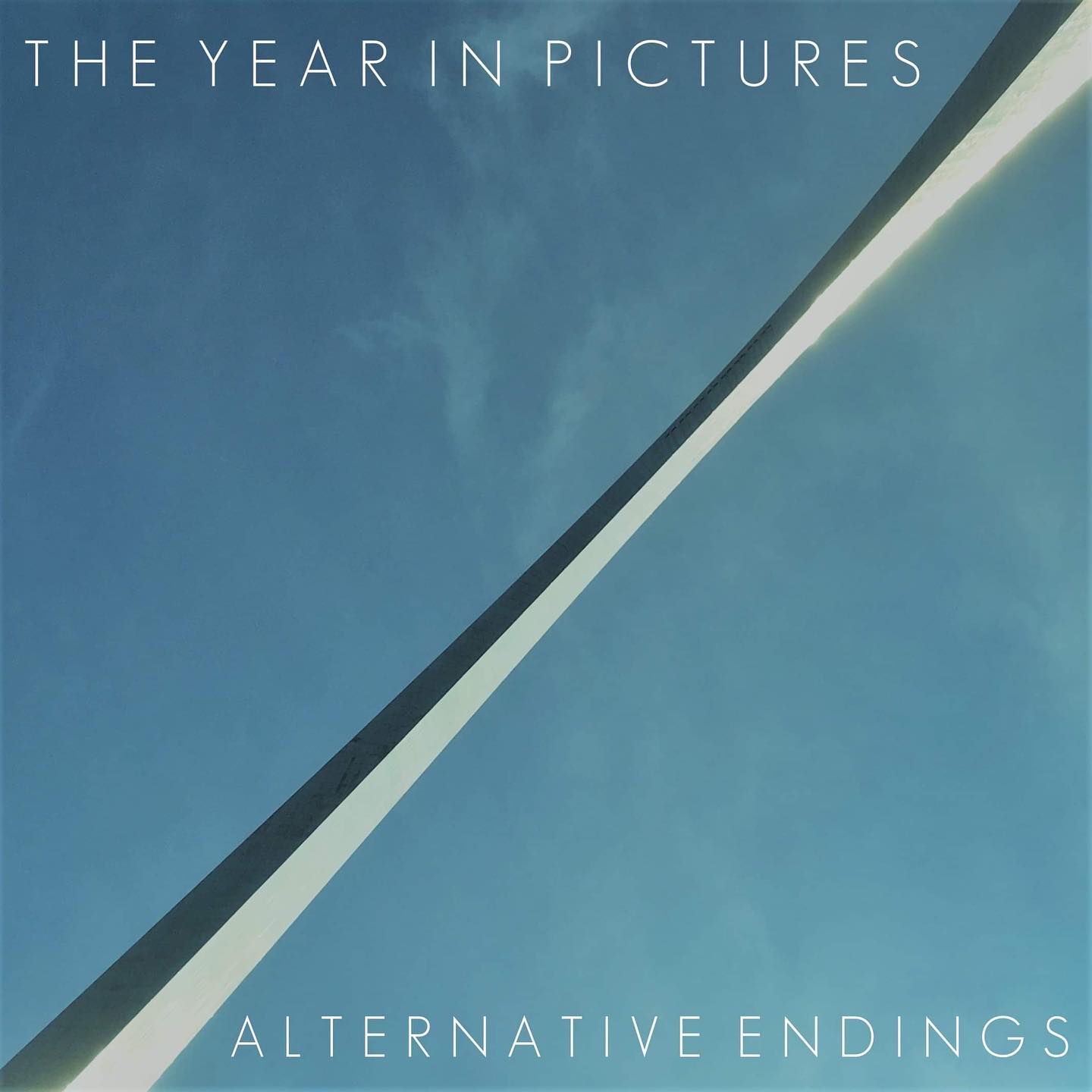 You worked with Dalton Allison of Post Animal. How did that come about? And what did he bring to the project?

Xav: I’d been getting into Joe Keery’s solo project Djo and through that found out about Post Animal. I really love the drum sound on the Post Animal records as well the guitar tones on both projects, so I contacted Adam Thein who produces both with a demo of the song Alternative Endings. It turned out that for Post Animal records the drum sound and guitar tones are all Dalton’s domain, and he was keen to get involved after hearing what I had.

This was my first venture into the world of production and he gave me loads of great advice throughout the various stages; from micing up the drums to mixing live and DI recorded guitars, he really knows his stuff. I think his overall ‘sound’ is most apparent on ‘Hopeless Fever’.

What’s next? Any post-pandemic tour plans?

Xav: Hopefully a return to gigs soon! But in the meantime we have some almost finished songs we want to record.

Listen to the record, and find out more about The Year in Pictures on Facebook.