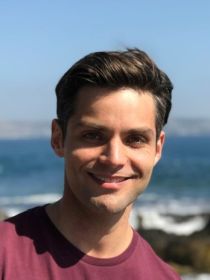 This year’s UN Climate Change Conference, COP25, is chaired by Chile, but hosted in Madrid. We spoke to Fabio Bicalho, a MSc Climate Change and International Development graduate from Brazil who is currently working with the UN in Chile, about the importance of the event to South America, where the issue sits on the region’s political agenda, and about his memories of his time at UEA.

We started by asking him how impactful he thinks these large UN climate change events like COP25 can be.

These conferences are some of the greatest examples of multilateral efforts in history. Given the global dimensions of climate change, this very fact should be praised.

Stakes at a conference like this are high and so are expectations, which might sometimes lead to frustration over outcomes that are far from the desired. It’s true that a great deal of the decisions are taken prior to the conference. Still, it is the Conference of the Parties that gathers the political conditions for important decisions to be taken. That was the case of COP21, when they reached a historic consensus on the need to limit global temperature rises, as reflected in the Paris Agreement.

I also believe that one of the major contributions of an event like COP25 will be its capacity to draw the world’s attention to the climate emergency we are facing. For two weeks climate change will be one of the most discussed topics at the global scale. Hopefully this visibility will encourage further behavioural changes at the individual level and, more importantly, the implementation of more ambitious policies for climate change mitigation and adaptation.

How important do you think it is that Chile is chairing the event this year?

It is extremely fitting that Chile is chairing COP25. The fact that a country from the global South is in the frontline of the negotiation could have the effect of bringing more attention to issues particularly important for the developing world, such as the need for enhancing adaptation measures, discussions regarding climate justice, loss and damage, and the importance of increasing financial support to the most vulnerable countries through climate funding mechanisms. As populations and ecosystems in developing countries are more vulnerable to the impact of climate change it would be important that the Presidency of COP25 pushed for more ambitious actions.

I’ve lived in Chile for less than two years, and I would dare to say that climate change has become higher and higher on the political agenda and on public opinion over this period. It’s a fact that the growing interest on the topic reflects the global movement towards building awareness of the current climate emergency. Inspired by young activists in other countries, Chilean students, for instance, adhered to Fridays for Future and other movements claiming for climate action.

“Chile has been witnessing waves of social unrest, which, in the end, cannot be completely dissociated from climate change”

I think that a great deal of the growing interest on climate change in Chile is also due to the fact that the impact of climate change have been felt more and more closely by everyone, leaving no doubt regarding the need for urgent action. Besides the already confirmed increased average temperatures and changes in precipitation patterns, there is also concern regarding the unique natural heritage Chile is home to, including glaciers and forests.

In spite of the COP25 eventually taking place in Madrid, I think the whole process Chile went through in preparation for hosting the Conference has left an important legacy in the country – and the Social Summit for Climate Action is still going to take place in Santiago. Chile has been witnessing waves of social unrest, which, in the end, cannot be completely dissociated from climate change. The issues behind the protests, such as high inequality and the lack of access to public services, have serious implications in terms of climate justice and vulnerability.

How has your course helped your career?

The MSc covers a wide range of topics, from climate models to the governance of climate multilateral negotiations and getting in contact with such diverse content really helped me pursue a career in that field. After finishing my studies, I went back to my home country, Brazil, where I worked as a consultant to the public and private sector on topics such as carbon pricing instruments and climate change adaptation, both of which are covered by the course.

But the most important outcome of my studies at UEA has been the development of a real sense of the political economy of climate change. By trying to be aware of the power dynamics and the actual motivations behind our behaviour as economic agents – and as societies – I have been more successful in communicating the messages and policy recommendations that, in my understanding, need to be conveyed when it comes to climate change.

What attracted you to the MSc and to UEA in the first place?

By the time I applied I had already been working in the field of climate change for a few years. Because of that I was aware of some of the important contributions to climate science made by researchers at the Climatic Research Unit and the Tyndall Centre for Climate Change Research and I remember that the possibility of studying at a university where such high-level research was carried out was a crucial factor in my decision to apply. Later on, reading testimonials by alumni helped me confirm my choice.

Can you share any particularly strong memories of your time at UEA?

For sure! Apart from the many interesting lectures, the good friends I made, and the time spent in the campus, there is one particular memory I treasure.

One of our lecturers offered me the opportunity of assisting her in a research project she was coordinating at the Tyndall Centre. For the next month I helped her interview members of the local communities of Blakeney and Cley, in North Norfolk, which had been affected by a storm surge some months before. This turned out to be one of the most enriching experiences of my career so far, not only giving me the chance to connect the content learnt in lectures to a real case, but also to see how people in a context that was different from the one I was used to responded to the impact of an extreme climate event.

Have you visited Norwich since you left? And are you still in touch with fellow alumni or lecturers?

I have not visited Norwich since I left, unfortunately! I am looking forward to traveling to the UK again and having the chance to visit UEA. I am still in touch of some of my lecturers through social networks and with some of the good friends I made in the School of International Development. As most of them have followed careers in climate change and development, I am sure we are still going to cross our paths many times in the future. This year, I have even met one of my fellow alumni, from the Maldives, who was in Chile for a climate change conference in preparation for COP25.

How does university differ between your home country and the UK?

There are some important differences, but I would point out two. The first is the way courses are structured, which usually demand students at UK universities to have a higher degree of independence and a more active role in their formation. That could mean fewer hours of taught lectures than in universities elsewhere, but it also means there are other activities that allow students to develop their critical thinking and the capacity to carry out an academic debate, such as seminars.

The second difference worth mentioning is the higher degree of internationalisation of universities in the UK. In my course, for instance, there were 15 students from 14 different nationalities, not to mention the faculty, also from a variety of backgrounds. I believe this fact adds much to the pluralism and diversity that should characterise every university.

Any advice to students coming to study at UEA, either from Chile or elsewhere?

Talk to the University’s alumni. They will be able to share good tips and answer many of the questions you may have before starting your studies. In the end, one year is a short period of time to explore everything UEA has to offer, so it is good to count on the experience of those who have been there. Also, engage with your classmates and lecturers, attend the events taking place at the campus (the School of International Development and the Tyndall Centre always had great seminars) and elsewhere.

Apart from that, enjoy the UEA campus (one of the most beautiful!), don’t miss the Sainsbury Centre and taking a walk around the lake. Also, take some time to explore the coast of Norfolk and the city of Norwich. The city has a lot of history, reflected in its well-maintained medieval sector, and is home to surprising places; it took me almost a year living in Norwich to find out that, many years before, one of my childhood idols, F1 racing driver Ayrton Senna, had lived two blocks away from my house!

Fabio Bicalho graduated from UEA in 2015, with an MSc in Climate Change.