‘Dum te dum’: isolation, fandom and The Archers at 70

Whether you love it or do your best to avoid it, The Archers has been with us for 70 years. UEA alumna Claire Mortimer reflects on the remarkable endurance of a radio soap opera centred on farming and rural village life, mirroring both the local and universal challenges we face, and how The Archers provides familiar comfort to so many during a time of uncertainty. 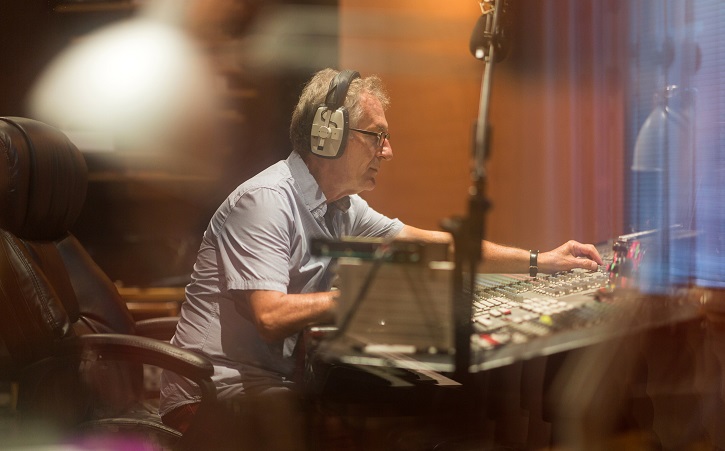 Today (29 May) marks the 70th birthday of BBC Radio 4’s The Archers, a radio soap opera with the remit to deal with agricultural matters for the farming community and an unlikely success story. This impressive milestone is not going to be marked in quite the way producers had originally imagined, with the coronavirus pandemic resulting in the unthinkable. Recording was stopped, episodes rationed before drying up altogether and listeners have had to make do with repeats of classic episodes. The bizarre nature of our current reality has forced a rethink about the format, with cast members recording in their own homes and the promise of interior monologues at the heart of the new episodes.

At a time of national emergency, the loss of The Archers compounded the sense of despondency and isolation among listeners, for many of whom the characters and places of this parallel world were a vital element of their daily lives. Many of its listeners have grown up with the show, its characters and storylines, its places and peculiarities. It’s a familiar world running in tandem with our own.

The producers have always endeavoured to ensure its relevance, with rapid rewrites and last minute edits to include any momentous events in the ‘real’ world. One example of this was in response to the outbreak of foot and mouth disease across in 2001, of clear relevance to a soap set in a rural community, which was conceived as a way to cover agricultural matters for the farming community. The strength of its fan following today is evident in the communities of listeners bonding over their investment in this farming community, using social media and Zoom as a means to perpetuate their communal engagement with a fictional world.

Fandom is not restricted to the following of film franchises, boy bands, and reality TV stars. The Archers fanbase is predominantly female listeners, the middle-aged and pensioners. These fans are adept users of social media, helping to maintain the sense of community online while the parallel universe of Ambridge was abruptly curtailed on the airwaves. My involvement has been with the Academic Archers, presided over by Dr Cara Courage and Dr Nicola Headlam, which is intended as an open and cross-disciplinary space for fans online, and at their annual conferences. It is not the sole fan forum for The Archers, with social media facilitating ways for listeners to be part of a community to celebrate and discuss the community of Ambridge. In addition to the BBC Archers social media presence, there is also Archers Anarchists and Dum Te Dum.

My involvement started when I responded to a call for papers for their annual conference. I was inspired by their theme of Women of Ambridge, given my research into mature women in British film for my PhD at UEA. I had listened to the programme on and off for over 30 years and was particularly interested in the archetype of the battle-axe, and the vilification of the village gossip, Susan Carter. I didn’t think of myself as a ‘fan’ as such, having missed too many episodes over the years, and not having any merchandise adorning my home.

The conference at the British Library was unlike any other I attended. For a start it was sold out and it mixed academics with ‘ordinary’ listeners, and experts from across different walks of life. Presenters who ran over time on their papers were pelted with flapjacks, and the whole conference sang ‘dum-tee-dum’ together in unison to try and beat the record for the largest Archers sing along. It was overwhelming. The conference goodie bag included a bottle of kefir, in homage to one of the storylines of the soap opera when Helen attempts to diversify Ambridge Organics.

One of the most stimulating aspects of this conference was how a fictional world became the focus for consideration for a diverse array of academic and non-academic topics: the politics of the village produce show, blood spatter pattern analysis inspired by the stabbing of arch-villain Rob Titchener and a most unlikely presentation on counter-insurgency in Ambridge given by a political advisor to NATO in Afghanistan.

Throughout the pandemic Academic Archers has responded by staging weekly mini-conferences on Zoom, featuring papers from past conferences, including my own, allowing for re-evaluation and discussion in the light of our present reality. One paper concerning the great Ambridge flood disaster of 2015 made explicit how planning for disasters, including pandemics, had been the casualty of austerity, leaving much of the country ill-prepared. What has emerged for me is how the programme’s long history and status has generated a committed fan community who have used social media to ameliorate their isolation and sense of crisis, not purely because of the loss of the programme, even though this is clearly indicative of the scale of the catastrophe engulfing our world.

The programme’s genesis inspired by the honourable pursuit of public service values in serving a farming community has become the bedrock of a devoted following, whose engagement with The Archers has flourished in the face of lockdown.