Second year medical student, and chair of the COP26 National Working Group for Students for Global Health, Amit Singh was one of many UEA students who travelled to the UN climate change conference in November to speak up for climate action. He shares his experience of the COP26 summit. 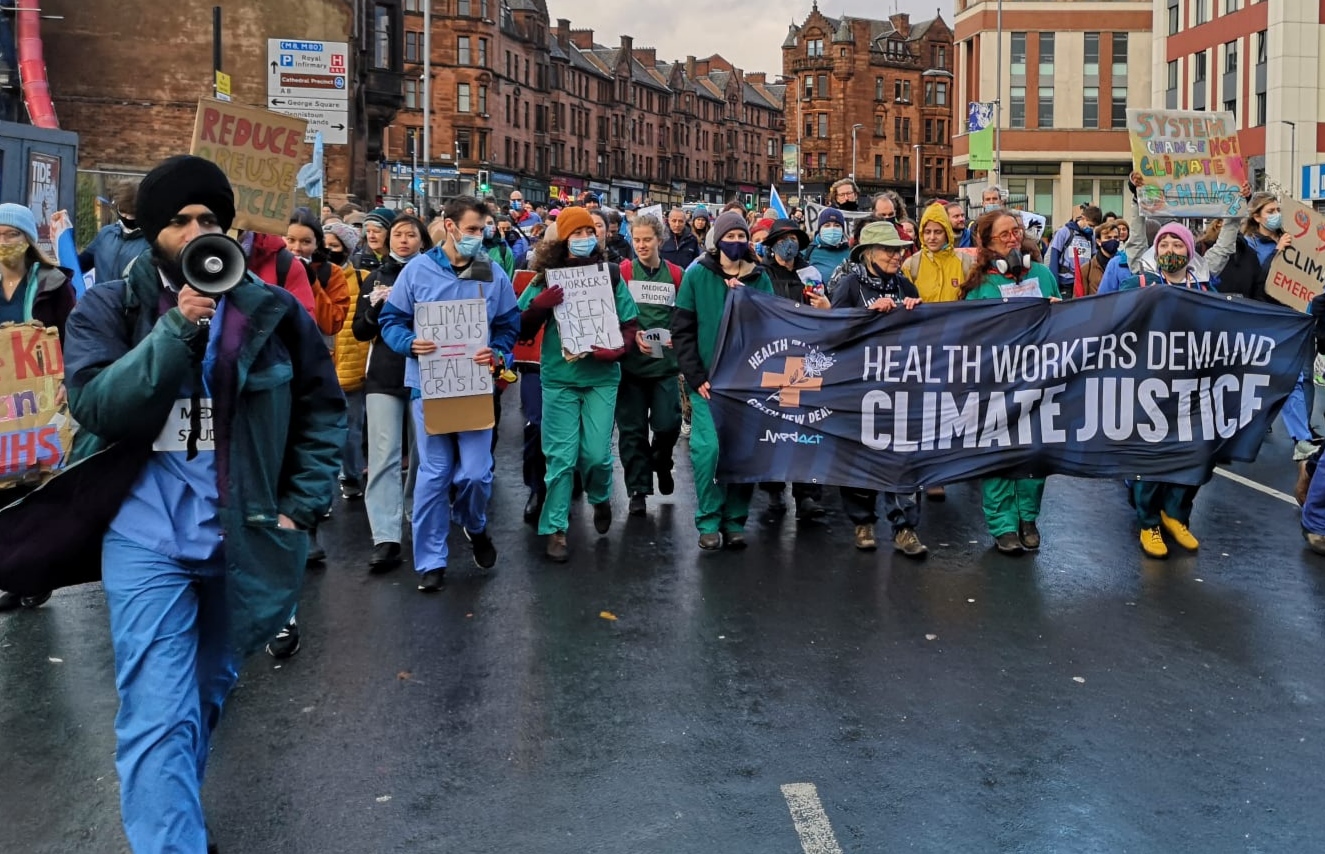 It was a huge privilege to attend COP26, representing the International Federation of Medical Students Associations. I spread my time between lobbying government ministers for the inclusion of health in the national pledges, protesting for action and reparations for the global south, and strategising with other health and non-health related non-governmental stakeholders.

During a protest we organised to ensure that governments keep fossil fuels in the negotiation text, US representative Alexandria Ocasio-Cortez took a picture of us. To be so close to world-leaders, influencers and activists was not only empowering but inspiring. There was a community spirit between activists, inside the negotiation zones and outside of them, that I have never felt before. There was no need to justify or explain the intricacies of climate justice as we were all there with a similar mentality and were all ready to begin organising the moment we touched the ground in Glasgow.

As is obvious from the results, and from the fact that the largest delegation was of fossil fuel companies, the negotiations did not deliver much-needed climate justice. Watching negotiations falling apart over days felt hopeless and gut-wrenching. Speaking to those most impacted and understanding their fears of the results of these decisions was heart-breaking and enraging to see. When I personally asked Alok Sharma, COP26 President, why he allowed Scotland's largest industrial polluter to sponsor the conference. He had no answer. This felt like betrayal to those relying on the COP presidency to save lives.

On the other hand, I met politicians that bought hope and care. Speaking to Amelia Womack, deputy leader of the Green Party, I was conscious of her busy schedule and offered her to return to the negotiating rooms. She ignored this and asked me what my demands from governments were and how we can get there. Seeing a clear difference in different politicians was disappointing but conversations like these bought hope that we aren’t alone in this fight.

Crying together, laughing together and sharing visions together created a one of a kind community spirit

Overall, it was a pleasure to attend and learn from community organisers as to how to further progress the climate justice movement. On the Sunday before COP26, Students for Global Health co-organised the first ever People’s Health Hearing with other wonderful grassroots organisations. This day bought so many emotions, with testimonies on the ground and powerful reflections by experienced activists. Crying together, laughing together and sharing visions together created a one of a kind community spirit. I look forward to working with these wonderful individuals again, to continue the struggle for climate justice.

Amit is a UEA Climate Star, a group if individuals from across the UEA community making a real difference to the environment through personal acts and activism.  Find out more about UEA's role in tackling climate change.