Climate of change: our climate story 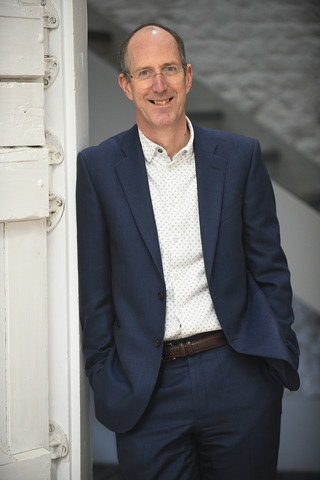 It’s almost become a cliché to say we’re at a critical juncture in the fight against climate change. Last year’s Extinction Rebellion protestors weren’t the first to blockade streets and disrupt public transport in the name of environmental protection – it’s been happening for decades. But the urgency with which they acted, and the number of people involved, drew everyone’s attention to a clear maxim of a campaign that has reached its peak: time is running out.

It’s not just the activists saying it. Just as the West was starting to grapple with COVID-19, the WMO issued a report stating that ‘time is fast running out for us to avert the worst impacts of climate disruption.’ And it’s a view that we at UEA share. After all, so much of the evidence informing the actions of grassroots campaigners and international initiatives like the Paris Agreement is supported by our science.

Over the last few decades our scientists have helped to show a ‘discernible human influence on global climate’ through observational data. Our scientists stood down attempts by climate deniers to hijack the headlines and spread fake news. Our scientists continue to explore exactly how we are affecting our climate, finding new ways of tackling it.

Last week UEA Professor Corinne Le Quéré wrote that government pledges need to be ‘backed up by concerted, tangible action over the coming decades, which requires effective climate policies backed by robust governance.’ That’s why I’m proud to be president of Aurora, a network of European universities committed to tackling the major issues of our time and putting sustainability at the heart of what we do. UEA is also part of the International Universities Climate Alliance, a global network set up to help researchers share their latest findings with the public and collaborate more closely with research teams and policy makers around the world.

But just six months after Secretary-General of the United Nations António Guterres wrote that "Climate change is the defining issue of our time", it may feel as if the pandemic has overtaken the climate crisis as the key issue of this generation. Indeed as we approach the week when COP26, the UN Climate Change Conference, should have taken place, the UK will be into a second national lockdown. The potential impact of another lockdown, and the stress it puts on livelihoods, rightly dominates people’s lives.

But another crisis, the climate emergency, continues.

Recently our researchers were involved in a major new report highlighting the role nitrogen fertilisers are playing in increasing atmospheric concentrations of N2O - a greenhouse gas 300 times more potent than carbon dioxide. The next Global Carbon Budget, due to be released in the coming weeks, is likely to show that we’re on the same dangerous path, despite the Covid-related dip in emissions that Prof Le Quéré’s lockdown study revealed earlier this year.

So there’s more to discover, and more we can do to find practical solutions.

COP will return next year, and in the build-up we’ll be sharing what we have learned, highlighting what we can do as a community, and working with young people to compile a manifesto for change.