Earlier this month Dr Rebecca Fraser, Dr Rachael Mclennan and Dr Alex Hammond facilitated a virtual event on the recent global Black Lives Matter protests and its impact on both the United States and the UK.

Dr Fraser pulls out the key highlights from an important and well-attended event. 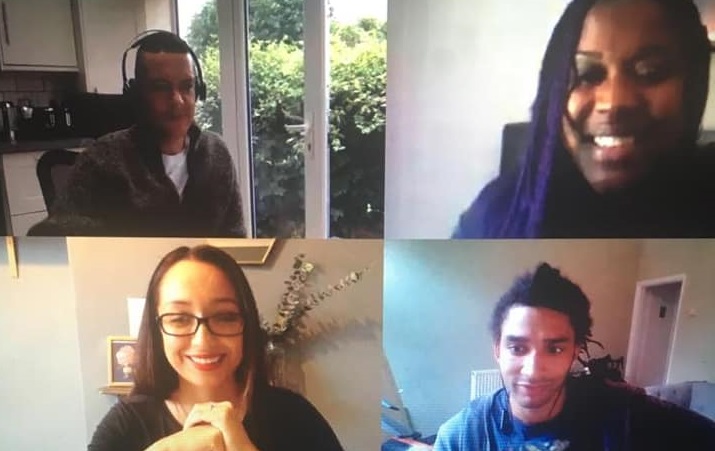 This is nothing new. Time and again the news reports the death of a black person in police custody. Michael Brown, Breonna Taylor, Toni McDade, Eric Garner, Elijah McCain, Sandra Bland, to name but a few. And now: George Floyd.

Yet, the reaction this time has felt different, moving from localised protest to national – and then global. American Studies here at UEA has long been engaged in the process of deep and sustained reflection of the structures of American power and privilege, and the ways in which these are articulated through issues such as race, gender and class. Several of us in the department teach modules and developed research projects that foreground questions of race, reflect on how racism is articulated and manifests in American society, and explore issues around racial justice bound up in questions of citizenship and equality. And never had it become clearer that we at UEA need to be part of an urgent and ongoing conversation that engages the University community – staff and students – in discussions around anti-racist pedagogy, processes of decolonising the University, and how to be a critical ally to such movements.

Speakers at the event included Dr Becky Avila, a UEA graduate of American Studies and a grants manager of the Los Angeles-based not-for-profit Safe Place for Youth; Kimberly Jones, an activist, bookseller and author of YA fiction book I’m Not Dying with You Tonight; Norwich South MP Clive Lewis; and Piers Harrison Reid, also a UEA graduate, of Health Sciences, and now a Black British poet and A&E nurse at the Norfolk & Norwich University Hospital.

The session was powerful and emotive. Kimberly Jones talked to a number of issues related to racism and its histories in the US, beginning with slavery and the conditions of white supremacy that this engendered, leaving Black people disenfranchised politically and economically even after emancipation in 1865. She spoke of how, as a consequence and ever since, we witness slavery by another name, through the conditions of labour, the constant challenges to Black-owned businesses, and the persistent and pervasive racism borne of a racially structured hegemonic order where the odds were always stacked against Black and Brown people.

Clive Lewis MP underlined the point that capitalism and racism are mutually reinforcing. He named George Floyd’s death as another example of lynching and linked the overwhelming response to his death globally to the condition of lockdown and rates of mortality among Black and Brown people due to the pandemic, serving to lay bare the extreme inequalities of wealth, health, and status in the US and UK.

Becky Avila meanwhile discussed the anti-Blackness inherent in the response to the protests and the ways in which such actions by people of colour are never judged as acceptable, no matter how peaceful they are. She also considered the anti-Blackness evident in her own Latinx communities and recounted the micro-aggressions of racism encountered as a Latinx woman, particularly around aesthetics and ideals of ‘beauty’.

And Piers Harrison-Reid’s reading of “More Blacks, More Dogs, More Irish” and his thoughtful reflections on the work of talking and writing about race as a Black man in the UK was particularly moving, and gave rise to conversations around how racism impacts on one’s own self-perception.

The speakers generated a wealth of questions and discussion that served to underline the point I raised at the end of the event: this cannot be a stand-alone conversation. It has to keep on going through similar events over the next few years across the University sector so that the massive response to George Floyd’s murder in the form of the Black Lives Matter protests is not just a moment, but a point when we collectively said, ‘Let’s move this forward for real and effective change.’

More from the UEA Community Blog: Dear George: a poem

Find out more about American Studies at UEA