Imagine a game you could play on your smartphone that would help unlock hundreds of years’ worth of data about navigation, memory and dementia in the space of just 12 twelve months.

Well, thanks to research at UEA that possibility is already a reality. Dementia affects around 47 million people worldwide but with dementia research getting eight times less money than cancer research, more support is needed to prevent its devastating effects.

The effects of dementia can often leave those affected feeling detached and disorientated as it disrupts people’s ability to form new memories. One early tell-tale sign of dementia can be the loss of spatial awareness, meaning a person’s most familiar places and environments become impossible to navigate.

Thanks to UEA’s involvement in dementia research we’ve advanced our understanding of the detection and early signs of dementia, right through to the care and post-diagnosis support required for someone living with the disease.

Major findings have come from a game called Sea Hero Quest. UEA partnered with Deutsche Telekom, a German telecommunications company, and University College London, to produce a free mobile game that helps us collect data on how people navigate.

Sea Hero Quest is an adventure game encompassing different levels where the player is taken into a virtual reality world. The player needs to navigate through the land by using landmarks and visual clues, all with the aim of collecting lost pieces of an ocean journal belonging to their father.

It was Michael Hornberger, the professor of dementia research at UEA, who co-developed the game.

Amazingly, the first 12 months since the launch of Sea Hero Quest attracted a staggering 2.8 million people to play the game. This amount of data equates to hundreds of years’ worth of lab research. This highlights the power apps have in research when used in the correct way and suggests research doesn’t always have to involve lengthy hours of working in a laboratory.

This project provides an unprecedented chance to study how many thousands of people from different countries and cultures navigate space. This will help shed light on how we use our brain to navigate and aid in future work on diagnostics and drug treatment programmes in dementia research.

Sea Hero Quest is one of the first major studies to help us benchmark spatial awareness. Interestingly, memory regions in the brain are often blamed for causing dementia but this area declines with the natural ageing process, making it harder to determine whether a person has dementia or poor memory due to age. It’s often spatial awareness that is a key factor in determining the difference between a healthy person and a person with dementia.

The development of Sea Hero Quest has meant we have been able to progress in being able to identify the early signs of changes in spatial awareness. This in turn means we may be able to say whether or not someone is getting dementia long before the more well-known symptoms of memory loss occur. 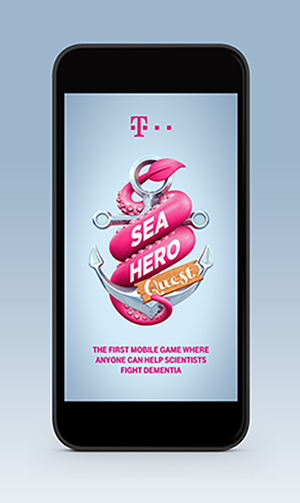 Sea Hero quest will be used as a tool to help predict whether patients have dementia and it will also be able to provide treatment for those that are already living with the disease. A new version of the game will be developed to provide identification of patients in a clinical setting, something that could be used for drug trials to see how effectively drug treatments are actually working.

UEA scientists, along with University College London and Alzheimer’s Research UK have also recently assisted Deutsche Telekom to introduce Sea Hero Quest as a Virtual Reality (VR) game. If players spent just 2 minutes on the VR game, this would equate to five hours’ worth of lab research. The introduction of the VR version of Sea Hero Quest means that scientists can cross validate the data collected from the mobile version and continue to build upon the wealth of research that they’d already collected. This will in turn help us to gain a greater understanding of human spatial awareness and behaviours in order to help fight dementia.

In a clinical environment, VR allows an even more immersive and intuitive diagnostic assessment of navigation ability in people who may potentially develop dementia. Sea Hero Quest VR allows us to measure more intuitively when people are not sure of their bearings, for example by stopping and looking around. VR therefore has the potential to capture additional complementary data to Sea Hero Quest mobile.

UEA’s other research in dementia is helping to provide a lifeline for people with dementia. Prof Eneida Mioshi’s research is recognising a need to explore how people manage post-diagnosis, and how health and care services can best help prevent crises at home. The objective is to bring research from UEA not only to the NHS, but into public health policy, down to family doctor level and eventually down to the family environment at home.

Similarly, other UEA research led by Dr Lee Hooper and funded by the National Institute for Health Research (NIHR), showed eating together, providing social support and interaction during meals could help people with dementia avoid dehydration and malnutrition. The team found that eating family-style meals with care givers, playing music, and engaging with multisensory exercise could all help boost nutrition, hydration and quality of life among people with dementia.

With dementia looking to affect 131.5 million people worldwide by 2050, UEA’s research has helped us move closer to providing a real breakthrough in battling one of the world’s most damaging diseases. 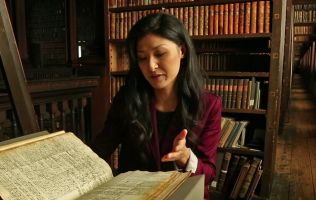 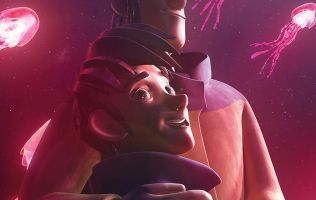