A Guillemot and Fairy Tale Frog 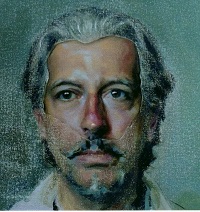 Something went awfully wrong back in 2006: Guillemots had just released their all-conquering proper debut album ‘Through The Windowpane’ and they were using the UEA stage to try out their first big tour. “Too good an opportunity to miss”, I thought. I knew not who they were, where they came from, and how the magnificent individuality of their debut came about.

And I also knew that by going to see them play live I’d be none the wiser; the enigma would remain intact.

Of course they were a magnificent, organised, chaotic cacophony, with a drummer who appeared to be being paid for every time his stick hit skin, a moon goddess on upright string bass, a guitarist who appeared star-struck (that is, struck by his own star), and an old man wearing robes, sitting in a rocking chair behind a bank of keyboards singing his lungs off.

Like the fairy-tale frog, the old man turned out to be a handsome young man, a bona-fide icon and superstar, distant like Bowie and intense like Brian Wilson. They played a long set with attached encores and that was that, or so I thought.

But wait! They leapt off stage, sweaty and heady, and manned their own merchandise stall selling their produce (various eps, posters, Brussels sprouts, collapsible shopping bags and branded swimwear) to unsuspecting fans like me, who queued up patiently to get stuff signed. I swear there are more signed copies of their albums in the world, now, than pristine unbesmirched ones.

I thought that this could start a trend, and trend-setting it did. Soon every middling band was manning their own stall, some with thinner queues than that night. Unlike The Clash who would maintain that they were a band-of-the-people (a Garage Band no less) from the safety of their luxury tour bus, here was a group as down-home as any traditional-music musician: long may this path be trod by all. 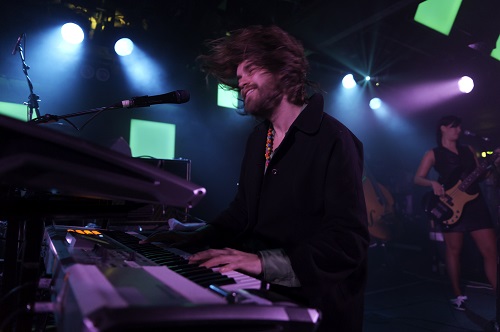 I am a part time Art Director, Manager, Stroller, Set Designer, Ancient Cyclist, Master Dilettante, Editor, Tourist, Author, a founding member of the Guild of Dabblers and Scribblers, a Certified and Registered Dab-Hander and A Master Of Oily Seas.