Falling in love with Wreckless Eric in 1977 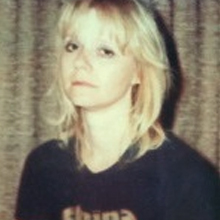 So it’s Tuesday, 18th October 1977. We should be tucked up in the library writing the first essays of the new academic year, but instead we’ve got tickets for the LCR.

It’s already cold, and the walk from my flat near Bluebell Road is short and brisk, a gaggle of us in our footless tights, all backcombed hair and breathlessness, cramming into the bar, hoping to catch a glimpse of the guys we fancy, but realising the crush to get a drink is rendering any kind of interesting opposite sex encounter almost impossible.

The noise is deafening, the excitement is visceral. We’re all here for the Stiffs' Greatest Stiff Live Tour gig. According to the New Musical Express at the time, the tickets were on sale for somewhere around two quid – astonishing, when you think we were about to see five of the hottest acts from the coolest label in England, all in one place at the same time.

The 24-date tour was, so music historians relate, a chaotic drug-and-drink-addled affair from start to finish. They had a tour bus, and they were all on it: Elvis Costello and The Attractions, Ian Dury with his new backing band the Blockheads, Nick Lowe, the Pink Fairies guitarist Larry Wallis and newcomer Wreckless Eric. I still can’t believe that line-up all these years later. I saw many of them over the years at other venues – Ian Dury in particular I associate more with basement gigs in sweaty London pubs in the eighties, leaning heavily on his “rhythm stick” and bellowing “Oi-oi!” at the punters.

The actual night is a blur now (well - come on, I’m sixty-seven!); but for me the standout memory has to be Wreckless Eric, wrapped in a candlewick bedspread, completely off his face, burbling incoherently a rat-arsed version of “Whole Wide World” into the mic as he staggered about, seemingly unaware of where he was, let alone what day it was or why he was up there blinking into the lights while a seething mass of students below him sang along encouragingly. (Ian Dury was on drums, apparently.) Eric also managed a garbled rendition of “Reconnez Cherie” which was another favourite of mine – perhaps because I was studying French (but I doubt it). The lyrics, although unintelligible as rendered that night by Eric, were as poignant to me then as Keats is now:

I remember the finale. They were all on stage, all playing and singing “Sex and Drugs and Rock and Roll”, Ian Dury’s classic rant, with the crowd yelling along in a happy ecstasy of bouncing, booze-enhanced bad behaviour. I expect Health and Safety and stricter stewarding wouldn’t permit an event of such chaotic stature now.

UEA music events have been many things to many people, I know. But for me, that LCR stage will always be the place where I lost my heart to a small figure in a bedspread who couldn’t really sing at all.