A night of stiffs 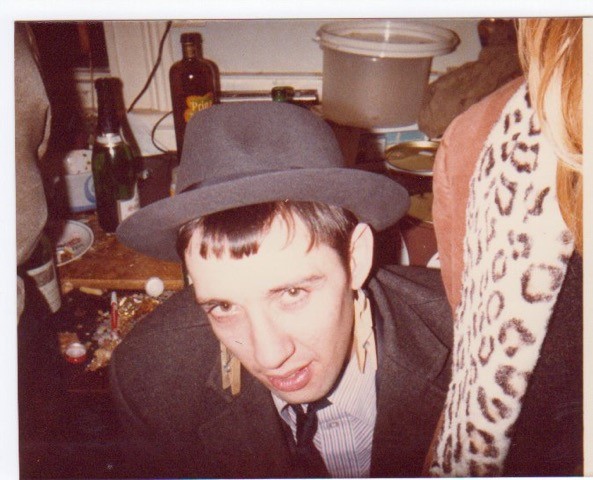 It all started with manoeuvres. This was something we did when the bar shut. We each used to choose a Hollywood character such as John Wayne or Errol Flynn (I seem to remember Paul Whitehouse insisting that he was Michael Caine - even then a dab hand at impersonations) and set off trotting into the night as if on horseback around the grounds of UEA discussing goodness knows what in the voices of our chosen characters.

And so it was that on the 18th October 1977 I found myself suggesting such a mission to Wreckless Eric who I encountered in the main concert hall post sound check.

We were both in the kind of exhilarated, intoxicated state that immediately relishes such a very good idea and we set off for a brisk gallop around the building giggling at the absurdity of it all.

This was the night the Stiffs came to UEA, and I am listening to the Live Stiffs album for the first time in three decades as an ‘aide memoire’ to one of the most beautiful and joyous evenings of music that I can recall. Of course the recollections are a little patchy, something of a blur . . . the kind of memories you have on waking, with the conviction that you have had a brilliant time but aren’t entirely clear as to how - or even why. However there are moments that shine through of that night that are unforgettable. Wreckless Eric calling ‘The Whole Wide World’ and sending ‘Semaphore Signals’ and still name-checking the wrong town (Bristol). Elvis Costello, tight and professional. Nick Lowe, down to earth and very Rock and Roll with the aid of Dave Edmunds. Larry Wallis, long hair. Ian Dury taking charge at the end of the night with the extraordinary Blockheads, and it was Norman Watt Roy on Bass who quite literally changed my life. I had never seen anything like him; never experienced playing quite like that! Hunched over his instrument which had somehow become an extension of his body, the elegance of his shape, the dark shadows under his eyes that looked like he hadn’t slept for a thousand years, the beauty of his playing... I was worshipping at an alter of perfection. And this eccentric bunch of mavericks joined together at the end to sing ‘Sex and Drugs and Rock and Roll’ and we - the crowd - joined in chanting this eulogy to the three essentials of life; it’s all our brain and body needed. As people left wading through the glasses and bottles scattered across the floor I remember being struck by the smiles on everyone’s faces. Everybody was smiling. Everybody! This was different.

I have sketches in my diary - not of the gig but of that period - that make the time more vivid in my memory: Chris Barnes playing pinball; Jim Reilly’s less than complimentary cartoon of me playing pinball; Paul Whitehouse asleep and drunk in a chair; Steve Hackett cutting his own hair in my room in Waveney Terrace (and I can see a poster for the Stiffs Tour that I probably filched on the night to his right.) What fun we had! 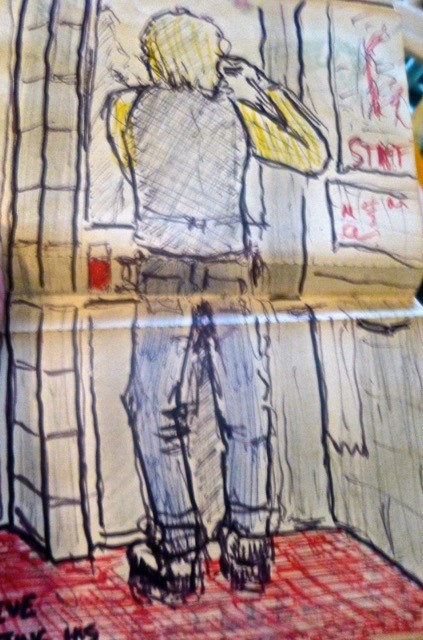 As my subsequent life unfolded I was lucky enough to get to know some of those whose performance had so floored me. In the early Nineties, working with Norman I presented him with a transcription - courtesy of Guitar Magazine - of his bass line to ‘Hit Me With Your Rhythm Stick’. He was thrilled, glanced at it and laughed exclaiming, “It’s in the wrong key - Ab? - I wrote it in F!” He added that he had thought that if he crammed loads of notes in there he would make more money and beamed at me, “— and I was fucking wrong!” Around the same time, when the Nutty Boys were supporting Ian Dury and the Blockheads at the Clapham Grand, Ian kindly wrote a greeting to me and my daughter, Melody (who was three at the time) in my diary. I was thrilled and as I write this, listening to the album - my introduction to these wonderful people - I again have a broad grin on my face. Thank you Ian; ‘Louis is Pooey’ indeed. 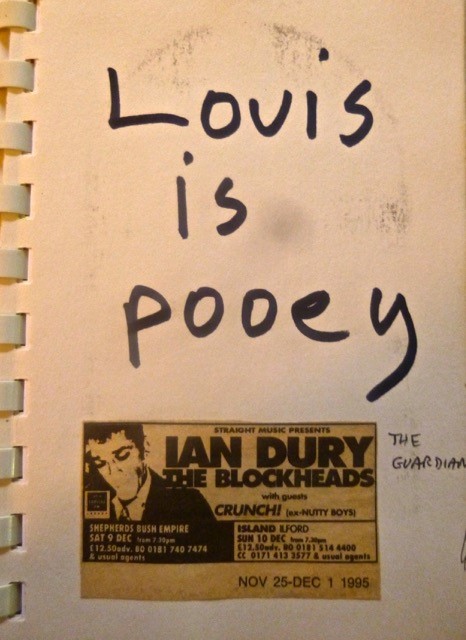 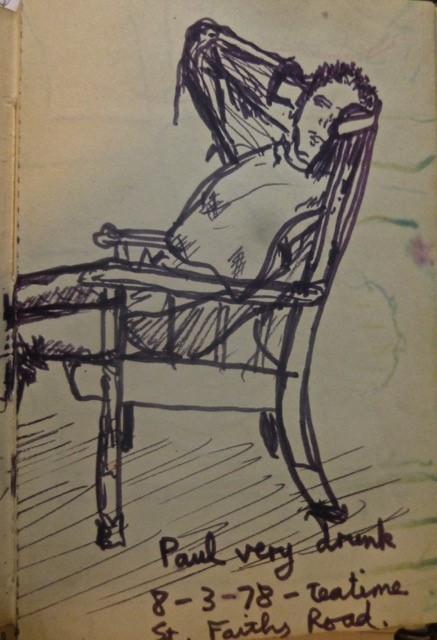 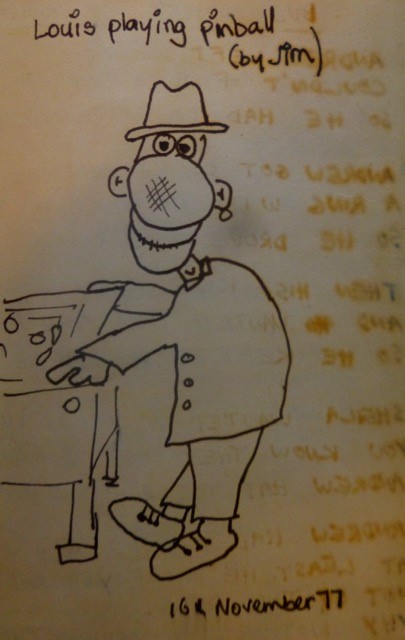