The View from Professor John Street

UEA and Punk: our place in its history 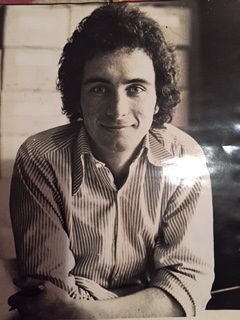 In December 1976, UEA and its Vice-Chancellor, Professor Frank Thistlethwaite, became part of the history of punk. It is a moment that has not perhaps received the attention – or the credit - it deserves.

The University helped punk, or more precisely, the Sex Pistols, to acquire the notoriety and spirit of rebelliousness that was vital to their success.

It may not rank with our place in the winning of Nobel or Booker Prizes, but it is a contribution that deserves its moment in the sun.
On December 1st of that year, the Sex Pistols, together with a few of their closest followers, featured on Thames TV’s Today show, hosted by Bill Grundy. They were a last minute replacement for Queen. In the course of a chaotic, ill-tempered interview, the band – egged on by Grundy – swore. The next day the national press headlines spoke of a nation’s anger at the band’s behaviour. The Daily Mirror’s front page read: ‘The Filth and the Fury’.
The following day, December 3rd, the Sex Pistols, together with the Clash, Johnny Thunders’ Heartbreakers and the Damned, were due to play the first night of their first national tour in the LCR at UEA. Only they didn’t. The Vice-Chancellor demanded that the gig be cancelled. Other university venues followed suit, but we started the trend – and the record of that decision and its aftermath is part of UEA’s archives.
The University’s official line was that ‘the publicity surrounding the group and its reported attitude to violence’ meant that ‘[t]he university cannot be satisfied that this concert would go off peacefully.’  The cost of cancelling was the booking fee of £750, not an insignificant sum in those distant days.
The UEA Students’ Union was divided over the decision. There were fans, disappointed at not being able to attend the gig. There were others, less interested in punk, and more concerned about the Union’s autonomy. They occupied a part of the Registry and called a motion of ‘no confidence’ in their President, Aidan Lines. The student newspaper, Phoenix, produced a special issue to cover the row.
The President himself shared some of the concerns about Union autonomy, but was perhaps more worried about the cancellation fee and the implications for his union’s finances.
The vote of ‘no confidence’ was lost, and in the subsequent exchange of letters (no email then), the Vice-Chancellor agreed that the university, rather than union, would bear the cost of the cancellation. After this, the university’s archives fell virtually silent on the Sex Pistols. The Council – the sovereign body of the University – was not invited to comment on the decision. However, the archives do contain one final item of interest. It is a press cutting of a review of the Pistols’ performance at Leeds Polytechnic. Scribbled in the margin are the words ‘I take it that we can now await the immediate demise of Leeds Polytechnic as an educational establishment.’ UEA has, of course, thrived as an educational establishment, whether despite or because of its role in the rise and fall of the Sex Pistols, we may never know.