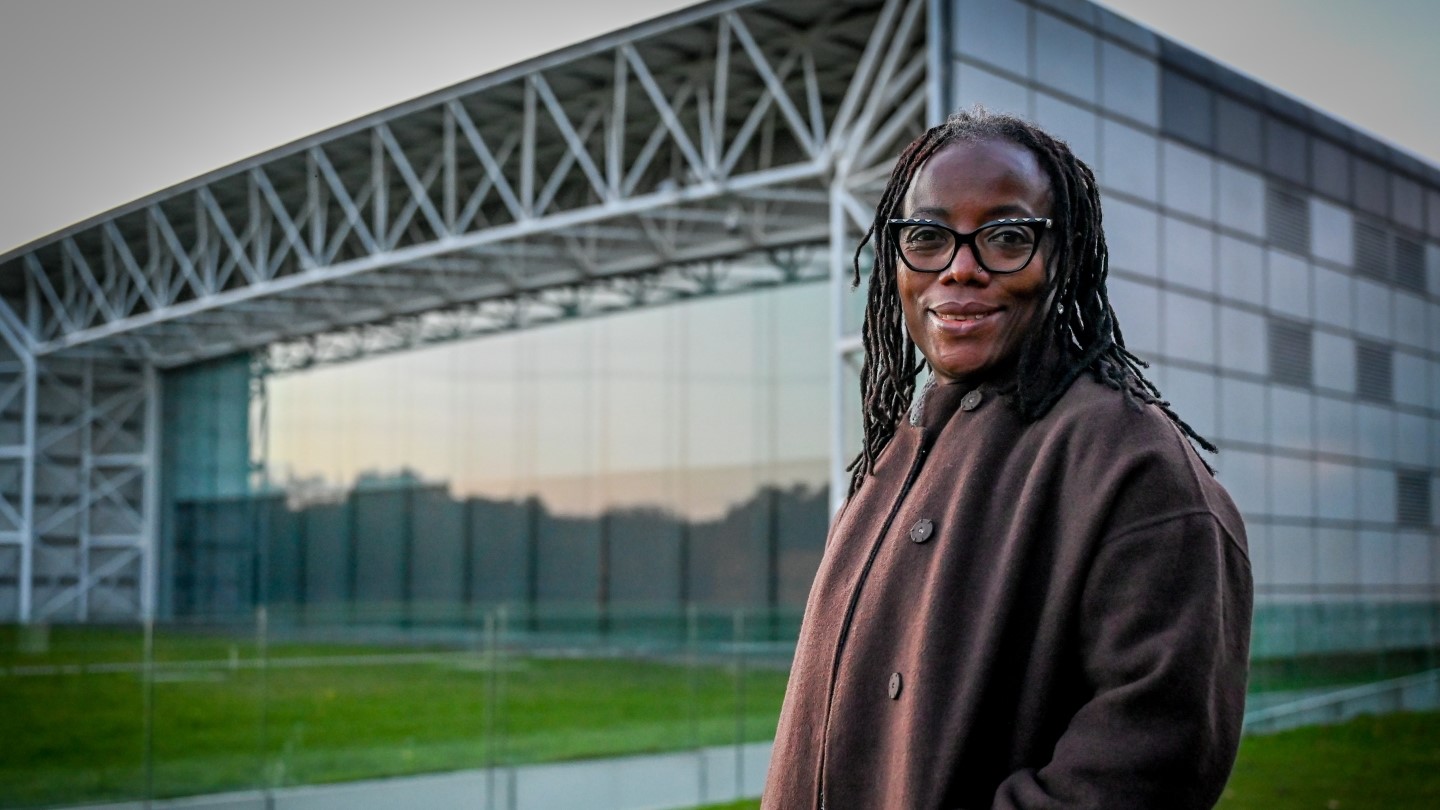 Internationally acclaimed Zimbabwean novelist, playwright and filmmaker Tsitsi Dangarembga is UEA’s inaugural International Chair of Creative Writing. Her most recent novel, This Mournable Body, was shortlisted for the Booker Prize in 2020, and in 2021 she received the PEN Award for Freedom of Expression and the Peace Prize of the German Book Trade.

UEA is working with Tsitsi on events, classes and workshops across the African continent in 2022 with the programme complementing her work at the Institute of Creative Arts for Progress in Africa, which she founded to foster creativity and change in society. The International Chair of Creative Writing role also encompasses a new scholarship programme, ‘Global Voices’, that is nurturing the next generation of international talent. The inaugural year has been fully funded by one generous philanthropist who has a passion for championing global voices and supporting emerging new writers.

The events across the African continent are co-curated with Prof Jean Mcneil, author and Director of Creative Writing at UEA, and include:

The Namibian literary and arts organisation Doek is working with UEA to host an exciting new festival of literature in Namibia, in partnership with the Goethe-Institut, Germany’s not-for-profit cultural association. The festival, a celebration of Namibian and African literature will connect Namibian readers and writers with their counterparts across the rest of Africa and the African diaspora and will nurture new writing in Namibia, providing a creative and immersive space. A series of workshops, public readings and cultural events will take place featuring Tsitsi Dangarembga, along with fellow writers including Zukiswa Wanner, Femi Kayode and Troy Onyango.

This two-day short story workshop in Kampala will give up to 20 emerging writers the opportunity to develop their writing technique in the short story form. The aim is to nurture talented writers who will work to develop ideas for new short stories from inception until the completion of a first draft. Poet, author and activist Dr Atuki Turner will be joined by Doreen Baingana, author of the short story collection Tropical Fish, which won the Grace Paley Award for Short Fiction in 2003 and the Commonwealth Short Story Prize (Africa Region) in 2006.

UEA’s International Chair of Creative Writing programme is working with writers and facilitators Zukiswa Wanner and Elias Mutani to hold an innovative bilingual writing workshop to nurture writers working in English and/or Kiswahili. Kiswahili is the lingua franca in several east African nations, and its influence as a spoken and literary language reaches far and wide. However, there has been little teaching of fiction written in Kiswahili. Up to 20 writers from Ethiopia, Kenya, Rwanda, Tanzania and Uganda will be selected through an open call to attend this residential workshop in Nairobi, held in partnership with the Goethe-Institut.

Call for Submissions: An English and Kiswahili Short Story Masterclass

Are you in East Africa with a short story idea or an unpublished short story which could use some panel-beating from experienced hands in the trade and possibly make it into an anthology? UEA's International Chair of Creative Writing programme, invites you to submit a 2000 - 3000-word short story in English or Kiswahili for the opportunity to take part in a weeklong residential Masterclass in Nairobi from 4 - 9 July.

Story submissions in either English or Kiswahili are welcomed from writers based in Ethiopia, Kenya, Rwanda, Tanzania and Uganda. Selected stories will go through an online editing process before a final selection is made for the face-to-face masterclass, which will be facilitated by Elias Mutani and Zukiswa Wanner and will feature guest readings from Tsitsi Dangarembga and Jean McNeil. Participants also stand a chance of being published in two anthologies of Kiswahili and English short stories.

To take part, please email your 2000 - 3000-word short story to nairobisubmissions@gmail.com by Midnight East African Time on 9 May 2022.

Please note that participants will be expected to pay the cost of their travel to and accommodation in Nairobi.

UEA is partnering with the Gaborone Book Festival, Botswana’s foremost literature festival, to host writing workshops, readings and public events which will celebrate and highlight the work of writers from Botswana. Our activities will focus on writing for children, writing history, and workshops that explore how to get work published.

Elias Mutani is a two-time Burt Award winner for his Young Adult fiction titles: Human Poachers and The Wanderer and the Golden Paper Knife. He is also a translator and has been part of the Swahili-English translation team for the Commonwealth Foundation and the Caine Prize. He is a member of the selection committee for the Kiswahili chapter of the UN SDG African Book Club and was a juror in the Kalahari short story competition for African writers using Kiswahili, French or English. He was facilitator, editor and translator for the Afro Young Adult project by the Goethe-Institut, which aimed to discover new talents in young adult fiction across Africa. He founded and co-ordinates the Right to Read Initiative, an agency for cultural development through creative writing in Tanzania. 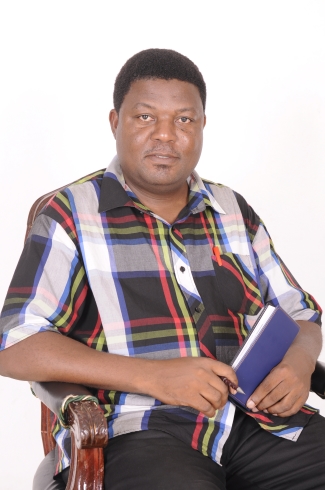 Rémy Ngamije is a Rwandan-born Namibian writer and photographer. He is the founder, chairperson, and ‘artministrator’ of Doek, an independent arts organisation in Namibia and the editor-in-chief of Doek! Literary Magazine, Namibia’s first and only literary journal. His debut novel The Eternal Audience of One was first published in South Africa by Blackbird Books and is available worldwide from Scout Press; it was honoured with a Special Mention at the inaugural Grand Prix Panafricain de Littérature in 2022. He was the Africa winner of the 2021 Commonwealth Short Story Prize and has been shortlisted for the AKO Caine Prize for African Writing and the Afritondo Short Story Prize. His work has appeared in Granta, One Story, Lolwe, LitHub, The Johannesburg Review of Books, American Chordata, Columbia Journal, New Contrast, Necessary Fiction and Hypertext Magazine amongst others. 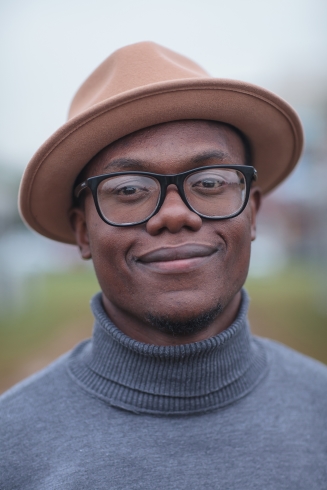 Keikantse Phele is a co-founder and Curator of the Gaborone Book Festival - the only existing literature festival in Botswana - which has been running since 2018. The curators use the platform to also celebrate and highlight the literary works of Batswana authors who are largely unknown and Keikantse is the Programme Coordinator of the Children’s Programme, a flagship strand that promotes reading in public primary schools. She is also a human rights lawyer and a researcher and holds a Bachelor of Laws from the University of Botswana and a Master of Laws (LLM) in Sexual and Reproductive Rights in Africa from the University of Pretoria. Keikantse is a 2018 alumna of the prestigious Mandela Washington Fellowship. As part of the Fellowship, she was a Legal Fellow at the Brooklyn Defender Services in New York. Her areas of expertise are women’s rights, public interest litigation, HIV and the law, LGBTIQ rights and indigenous rights. She has worked in civil society organizations in Botswana and internationally and is an educator and is a part-time lecturer at a local college. 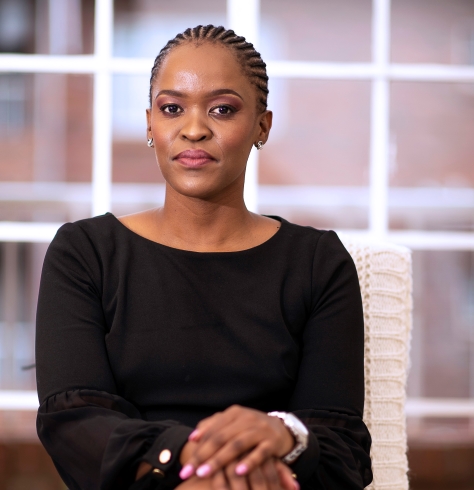 Kenanao Phele is a co-founder and Curator of the Gaborone Book Festival - the only existing literature festival in Botswana - which has been running since 2018. The curators use the platform to also celebrate and highlight the literary works of Batswana authors who are largely unknown. Apart from running the book festival, Kenanao is a highly experienced marketing and communications specialist. She is studying for a master’s degree in Entrepreneurship. 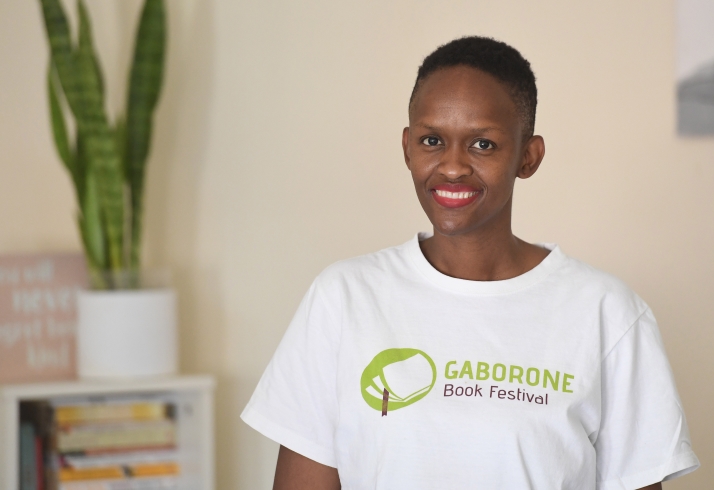 Atuki Turner is a women’s rights activist, with a legal background, who has employed her skills and expertise to work to end violence against women and children both nationally and internationally. She is well known for her campaign against Bride Price, which secured a landmark ruling when the Supreme Court of Uganda outlawed Bride Price refunds, which required the refund of the Bride Price on the dissolution of customary marriages. Her 2015 doctoral study on ‘Bride Price and Literary Activism in Uganda’, demonstrates how storytelling is linked to social and political action. She is the Executive Director of MIFUMI, a Women’s rights and development agency that she co-founded in 1995; and is a published poet, winner of a short story competition in the UK’s Daily Telegraph newspaper. She is currently writing her second novel which explores the issue of Bride Price. 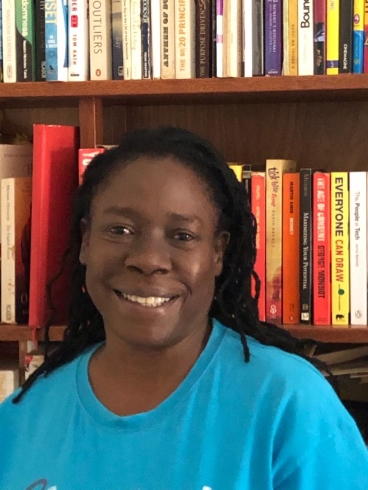 Zukiswa Wanner is the author of four novels, three children’s books and two books of non-fiction. Together with Elias Mutani and Renee Edwige Dro, she administered and edited the Goethe-Institut funded Afro Young Adult project which led to the publication of anthologies in English, French and Kiswahili. As a publisher, she has published authors including Kenya’s Mukoma wa Ngugi, Nokuthula Mazibuko Msimang from South Africa and Angolan Yara Nakahanda Monteiro. She founded and curated the virtual literary festival Afrolit Sans Frontieres and is currently working on Virtually Yours, an online discussion series exploring contemporary African literature. She has facilitated writing Masterclasses for Femrite, Lolwe, Writers’ Inc and the Caine Prize Workshop. A 2020 Goethe Medalist, she has been a juror for Etisalat Prize for Literature, the Commonwealth Prize and the inaugural Grand Prix Panafricain de Littérature. 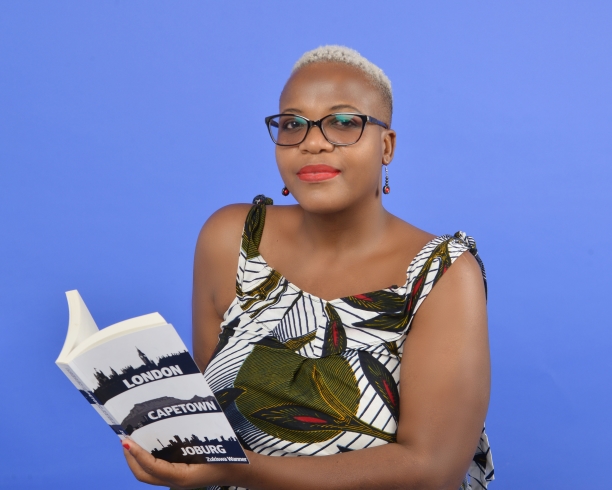 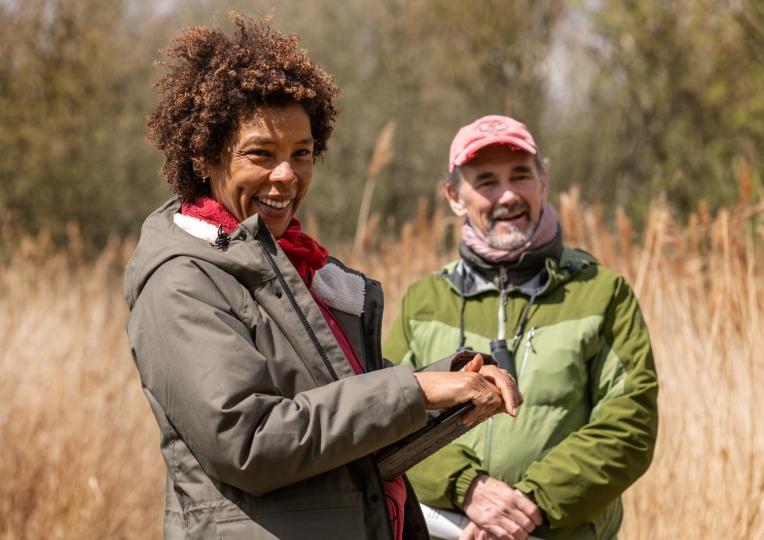 Song of the Reeds: Rewilding Drama
Hands on a rainbow 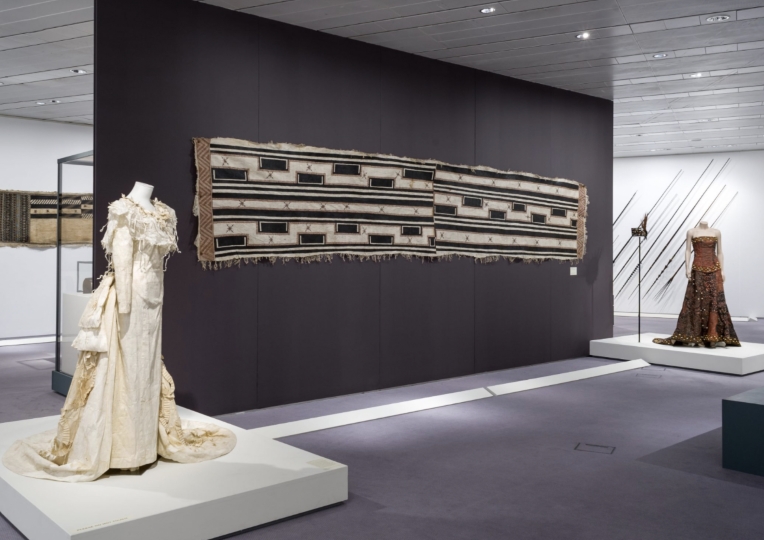 Fiji in the World
Colourful computer screens in a dark studio 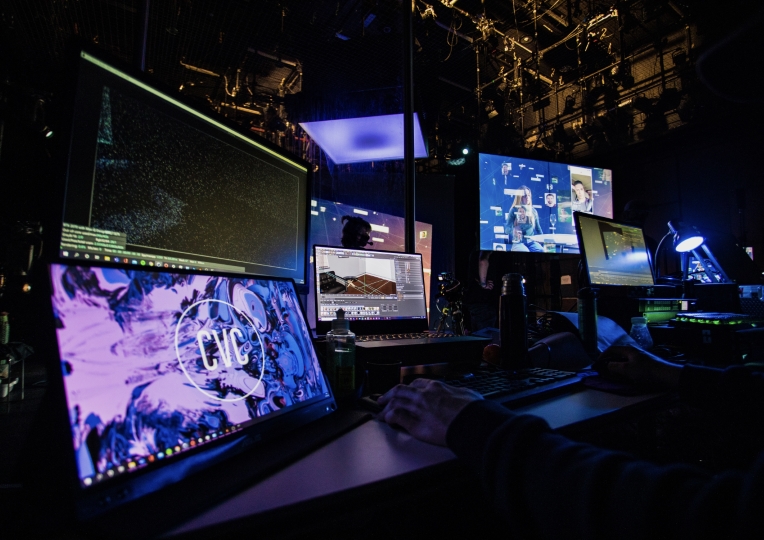 The Future of Writing
Safe and Sound Pyramid Installation

Cultural Responses to Disasters
Books lined up in a row