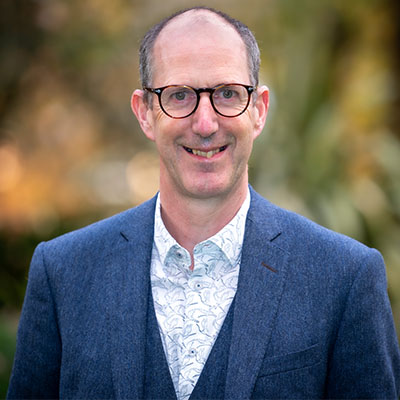 The Vice-Chancellor is the principal of the University. They provide academic and administrative leadership to all elements of the institution. They oversee financial security and represent the university regionally, nationally and internationally. They also undertake certain important ceremonial and civic duties.

Professor Richardson's own research career as a microbiologist began at the universities of Birmingham and Oxford. He has led a research group in UEA's School of Biological Sciences for 23 years - conducting world-leading research into the biochemistry of environmentally and medically important bacteria. In 1999 he was awarded the Fleming Medal and a Wolfson Royal Society Fellowship for his contribution to the understanding of bacterial bioenergetics.

Prof Richardson is married and has two children. Originally from Whitley Bay, near Newcastle, he lives in Norwich and enjoys exploring the Norfolk coastline and collecting the work of local artists. A keen football fan (and diplomat), he divides his loyalty between the Canaries and the Magpies.