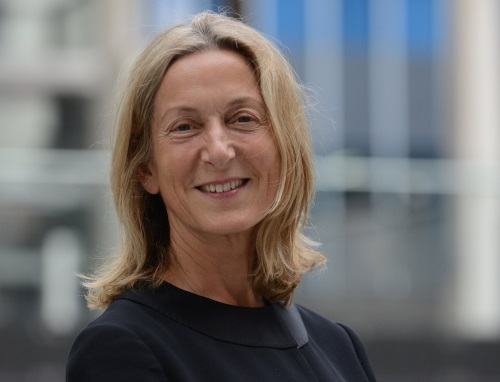 The Chancellor's formal duties include chairing the University's annual general meeting and conferring degrees at graduation ceremonies. The Chancellor shapes their role in the way they feel best supports the values and aspirations of the University.

Dame Karen was born in Lancashire and educated at the University of East Anglia, where she studied English and American Literature from 1975 to 1979, also attending Wellesley College in the USA. She has since enjoyed a stellar career, founding and growing companies large and small. She was appointed UEA's new Chancellor in 2016 and is a strong influence on the cultivation of enterprise and entrepreneurship within the university, as well as helping to forge deeper links with industry.

Dame Karen co-founded the Café Rouge restaurant chain in 1989, became CEO of the Spirit pub group in 1999, and is co-founder and chair of the Food and Fuel group of London gastro-pubs and café bars. She is Chairman of both the Hawksmoor and Mowgli restaurant chains and sits on the Board of Deliveroo. Dame Karen is also a Commissioner of The Crown Estate.