Any of our current students can benefit from the writing support offered by our Royal Literary Fund Fellow.

Appointments book up quickly and there is high demand – so it's important to book these in advance. You can book by emailing the Fellow. 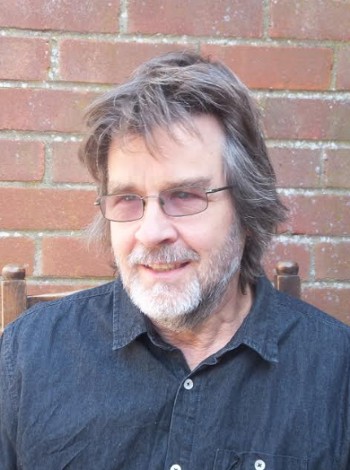 Christopher Woodall has been appointed Royal Literary Fund Writing Fellow at the University of East Anglia for 2021-2022. Despite graduating in English at Queens’ College (Cambridge) in 1976, obtaining a Licence des Sciences du Langage at the University of Bordeaux in 1979, and an M.A. in Literary Translation from the University of East Anglia in 2004, Christopher has lived his life mostly outside academia working principally as a jobbing translator from Italian and French, his literary translations including works by Massimo Carlotto and Lydie Salvayre.

Christopher’s debut novel November (2016) and his short-story collection Sweets and Toxins (2019) were both published by Dalkey Archive Press. Christopher is currently at work on two novels, one of which is a sequel to November. He lives in mid Norfolk with his partner and teenage child. For more information, see Christopher’s website.

There, among other things, you will find 28 reproductions of paintings by the artist Paul Ebdon, each illustrating a particular moment in a novella (‘Stranger Than/Beneath the Tide) written in the late 1970s and now published online. You can click between text and images.