Sitting down to start writing a novel? It’s a big ask in a time of crisis, writes author and UEA graduate Tim Clare. But take baby steps and the sentences might just start flowing. 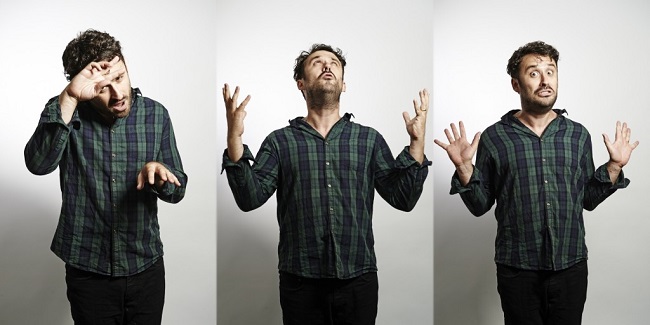 In Albert Camus’ novel La Peste, plague strikes on the city of Oran. One character, a middle-aged clerk called Joseph Grand, decides the perfect time has come for him to write a novel. The secret, he says, is getting the first sentence right. Once he’s done that, the rest of it will flow naturally. He knows the opening line has something to do with a woman riding a brown horse, and he begins to experiment with different ways of phrasing it.

We encounter him at several points throughout the novel, and you probably don’t need me to tell you that whenever we do, he’s still stuck on that first sentence. Getting it right becomes a torture to him – he keeps thinking he’s finally cracked it, only to fall back into doubt and despondency. We learn, in fact, that years ago his wife left him after his career failed to flourish, and he always meant to write to her, but he could never quite find the right words, and his letter went unwritten.

Many people imagine, faced with a sudden stretch of free time due to illness, or a child leaving home, or – just for example – a global pandemic of a magnitude unseen for a hundred years, the ideal time is finally here for them to write that novel they’ve always dreamed of. So they sit down, they make a cup of tea, they place a couple of biscuits invitingly on a saucer, they clear a space to write, they walk around for a while to clear their head, they make a new cup of tea and replace the biscuits, they sit down, they stare at the blank page… and an odd discomfort insinuates itself into their heart and stomach.

When a big change comes over our lives, even if it’s an ostensibly positive one, like moving house, or retirement, one of the first things we’re likely to experience is grief. Change means loss, whatever new beginnings may follow in its train. Loss stirs many emotions, and those emotions need time and kind attention.

Writing presents challenges both big and small, and turning that writing into a novel is several orders of magnitude harder – the difference between cooking for friends and successfully running a restaurant. This doesn’t mean it’s impossible – the cascade of new books every year proves that can’t be true – nor that we’re foolish to try, just that waiting for times of major life change in order to start is like tiling your bathroom during an earthquake.

The best way to start – and of course I could be wrong, there’s certainly no shortage of writers with opinions on how you ought to write and few of us agree – is small, and gently. A little something every day. An experiment. A manageable, fun, sustainable practice that you’re able to do because you enjoy it, not because you feel your life will have been a failure if you don’t. Creative writing, in all its forms – fiction, poetry, memoir – can be intrinsically rewarding, a source of improved mental health and a refuge in which you can shelter during difficult times, of which, as humans, we will all endure a lot.

I’ve made two free online courses – the Couch to 80k Writing Bootcamp and the 100 Day Writing Challenge – both of which are made up of short podcast episodes that give you focused daily exercises that take just ten minutes. Nearly 20,000 people have tried them out. When you’re ready, if you think you might enjoy it, try either of the first episodes and see how you get on.

Oh, and Joseph Grand? He ends up abandoning his quest for the perfect sentence, to help fight the plague. Once the plague lifts, he lets go of his perfectionism, writes to his ex-wife, and starts his novel over. He’s realised the perfect line – like the perfect time – doesn’t exist.

Tim studied Creative Writing (MA) at UEA, graduating in 2006. Find out more about Tim’s writing, poetry and podcasting on timclarepoet.co.uk, and follow Tim on twitter.