14 December marks twenty years since the celebrated author and UEA professor WG Sebald died of a heart attack while driving his car to his home in Poringland. 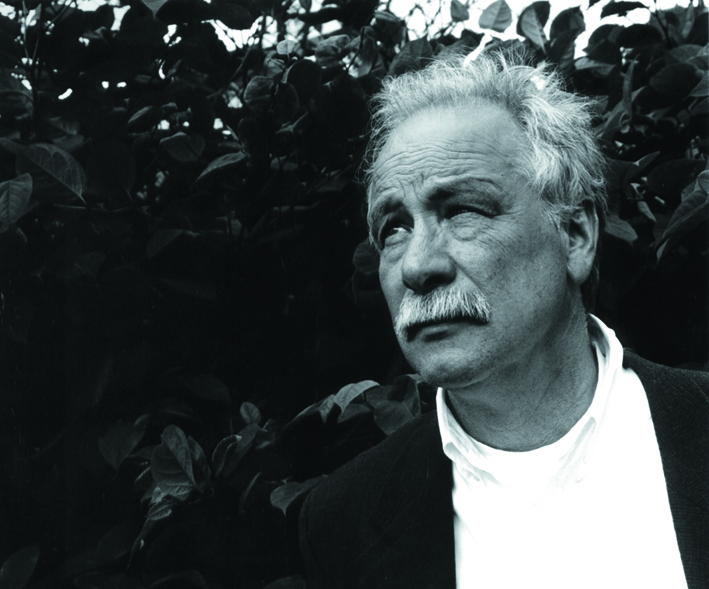 Max, as he was known to his friends and colleagues, taught at UEA for thirty years and today we share memories from those who worked alongside him and were taught by him.

Also included is a poem by Norwich poet Ron Nevett, which pays tribute to Sebald’s The Rings of Saturn. And you can find out more about UEA and WG Sebald in Dr Nick Warr’s story, A View Between Thresholds.

“Fifty-one years have passed since we first met, 20 years since that fateful phone call. But I need no Sebaldian devices to conjure up finely-etched memories: from our chance encounter in Earlham Hall prior to our respective job interviews to our last chat in the Old Rectory, four days before his death. In between, a close friendship and an excellent working relationship.

"Admired by his colleagues, loved by his students, Max was charming, charismatic, erudite, a spell-binding raconteur of often Munchhausen-esque escapades, with a wicked sense of humour and a highly infectious giggle – all this in stark contrast to the melancholy which sometimes afflicted him.”

“He was my personal tutor, so I only met him a handful of times throughout the year (1989-90), but I always remember his warmth and kindness. He seemed genuinely interested in how I was experiencing university. I don't think we actually talked much about my studies, except when I put in my request to change course which he was supportive of.

“He had a gentleness that made me feel at ease, but also a sort of intensity in the way he spoke. I found it quite strange at the time, I seem to remember, as none of my other lecturers spoke to me quite like that!"

"Max Sebald recruited me not once, but twice to the then German Sector of EUR; we worked closely together for eight years until his untimely death in 2001, defending the cause of German literature in the face of what often seemed like considerable opposition.

“He was a wonderful colleague, kind, generous, and much loved by his students, whether students of German or, latterly, the MA students to whom he taught Creative Writing, and the undergraduates in his Kafka seminars. Looking back I sometimes think that it was precisely his humour, and his highly developed sense of the absurd, faced with the labyrinthine idiosyncrasies of university bureaucracy, which in the end kept us – relatively – sane (he was after all not a Kafka scholar for nothing!)

“It is a great privilege to make his works the object of my own research and to be entrusted with the translating of his essays on Swiss, South German and Austrian literature in A Place in the Country."

“I got to know Max while we worked together in a small team dreaming up a Graduate School for the Humanities at UEA. (This was visionary thinking; the thing only actually came to pass many years later, well after Max’s tragically early demise.)

“He was the best possible person to be part of that project, to keep the rest of us honest: because his vision of what a university is was uncompromising. No managerialist nonsense or profiteering: just a quest after truth and understanding.

“In the best possible sense, I consistently found Max to be a kind of throwback to a bygone age (very like some the main ‘characters’ in his revelatory, brilliant books). He believed in knowledge and the pursuit of wisdom for their own sake; he delighted in intellectual stimulation whether given or received; he was mildly technophobic. He was intuitively open to potential friendship and intellectual comradeship. He was us - academics - at our best. And his fame came from a writing that reached way, way beyond us.

“Naturally someone like that is utterly and entirely irreplaceable. I miss him still.”

"Serious, funny, laid back. A man of real integrity."

“I struggled with German at first but Max was a great encouragement and inspired me to stick with it. He was an inspirational tutor and I enjoyed participating in the plays he put on. I’ve read all of his books and his writing in incredible. Such a gift for narration.”

This poem is taken from a collection of Norwich Sonnets by the local poet Ron Nevett, which I am editing for publication next year. It pays tribute to W.G. Sebald’s The Rings of Saturn (1995; published in English, 1998), a work that circles around Sir Thomas Browne, the Renaissance writer who lived in Norwich, and whose skull went missing for many years. Like the rings of Saturn themselves, the book is composed of many fragments floating in orbit – herring fishing, silkweaving (the Norwich 'Strangers'), coastal erosion – as Sebald’s narrator wanders between local news and world history, fact and fiction.

On The Rings of Saturn

This book is not about the rings of Saturn:
It starts in Norwich hospital and ends
Among the ancient Strangers treading patterns
From silken threads to try to make some sense

Where living things take flight into the fabled
Like silkworms from their robes of soft black down
Inside the mind of W.G. Sebald
Who circles round the skull of Thomas Browne

His learned dust dispersed without a trace
Beyond the Norwich ring road, time and space

Read Dr Nick Warr's story about UEA and WG Sebald and find out about the British Centre for Literary Translation, which Sebald helped establish.