Superbugs are a bigger problem than you think. Antibiotic resistant bacteria kill 23,000 people in the USA every year. Simple cuts could soon become killers. And routine medical procedures could become impossible in 10-15 years. Antimicrobial resistance (AMR) is one of the biggest threats to human health today.

However, there could be a small solution to a big problem, as ants show us how to use new antibiotics to win the war against disease.

The story starts in the Americas, home to colonies of leafcutter ants. Ancient famers, they have been growing their own food in underground chambers for over 50 million years. This symbiotic fungus is the only source of food for their larvae and queen. So, these incredibly resourceful ants protect their fungus gardens and prevent fungal diseases by using antibiotics. And as they’ve never misused their antibiotics, they’ve never had a problem with antimicrobial resistance.

The antibiotics the ants use come from bacteria that are very similar to the source of most of the antimicrobial drugs used in human medicine. At UEA, we’re collaborating with colleagues at the John Innes Centre to explore fungus growing ant systems. Our aim? To provide the world with better protection against disease and address a crisis that could impact on millions of lives.

Our joint research into the African fungus-growing plant-ant Tetraponera penzigi has led to the discovery of a new species of the Streptomyces bacteria genus in their nests. This bacterium produces a new group of antibiotics that are potent against antibiotic-resistant ‘superbugs’ like MRSA and vancomycin resistant enterococci. Our research also highlights the need to protect our planet from climate change and environmental damage as new solutions to potentially devastating problems can be found in the most unlikely of places.

“Our findings highlight the importance of searching as-yet under-explored environments, which, when combined with recent advances in genome sequencing and editing, enables the discovery of new species making natural product antibiotics which could prove invaluable in the fight against AMR.” - Professor Barrie Wilkinson

“It’s estimated that by 2050 10 million people a year around the world will die from drug resistant infections. We’ve discovered a new group of antibiotics that are very potent against superbugs.” - Professor Matt Hutchings 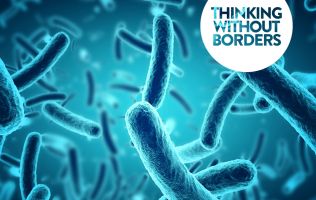 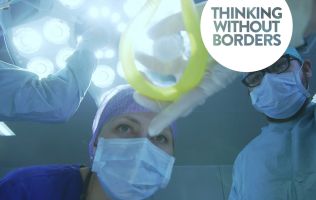