A Strange Coach Trip from Lowestoft 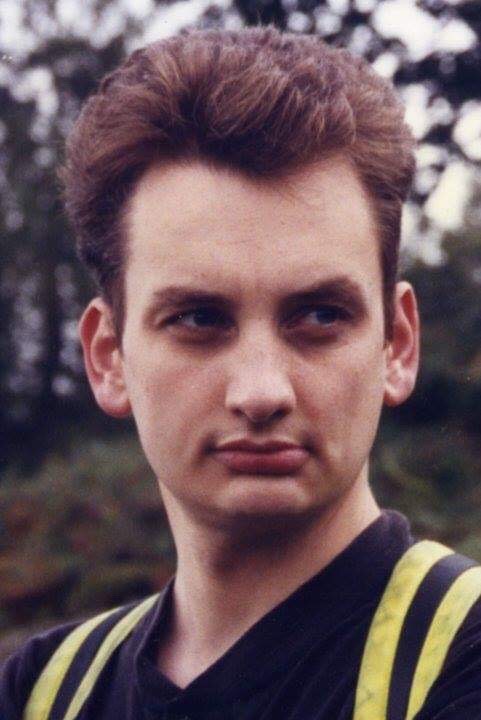 I love the Lower Common Room at the University of East Anglia. I’ll always be fond of it, as it’s the first place I ever saw a band live that I’d only experienced before through Top of the Pops.

Rewind to October 1980: I was in the Sixth Form at Benjamin Britten (then High School, now Academy) in Lowestoft, and I was so desperate to see ‘proper bands’ that I’d taken the alarming step of organising bus trips to gigs at the UEA. The first one had been the Skids on 11 October, and the second, The Teardrop Explodes on 29 of the same month, was where I broke away from the school minibus and started booking bigger buses through Belle Coaches (who, I’m happy to say, are still going).

This gig – at the truly unbelievable cost today of 50p per ticket – was unknown territory for me. Throughout 1979 and 1980, the Skids had been a regular fixture on TOTP, but the Teardrops I hadn’t heard of, part of the new Liverpool scene that also included Ian McCulloch’s Echo and the Bunnymen, Pete Wylie’s Wah!, Dalek I Love You and Orchestral Manoeuvres in the Dark. In the Sixth Form common room the Teardrops were the province of the much-talked-about-but-rarely-listened-to Radio 1 John Peel show. They hadn’t had any hit records (yet), inhabiting that magical realm of what I later came to know as ‘indie music’. The closest I came to hearing them before I saw them, was when my friend Gavin Taylor gave me a C90 tape of theirs and Echo and the Bunnymen’s debut albums on the bus to the gig.

The LCR wasn’t as full as for the Skids, but with a non TOTP act headlining I guess that wasn’t surprising. As we walked through the foyer, we saw the Teardrops’ guitarist, who was dressed in a WWII pilot’s headgear, greatcoat and riding boots. From what I remember, the band had initiated this fashion for military chic, and were subsequently rather pissed off when Bill Drummond, who managed them, and the Bunnymen, nicked the look for Ian McCulloch’s outfit. At the time, of course, it all seemed incredibly serious and exotic to my 16 year-old mind.

The closest I came to hearing them before I saw them, was when my friend Gavin Taylor gave me a C90 tape of theirs and Echo and the Bunnymen’s debut albums on the bus to the gig.

The support band were the Thompson Twins and there were about seven of them in those days. Only a few years later, slimmed down to a trio, they would be bona fide pop stars. I still find it intriguing today that on 1980s music retrospectives and documentaries, the Thompsons are hardly ever mentioned; maybe some music just doesn’t date well. In October 1980, before they were touched by the hand of Pop, they were pushing a fairly engaging indie jangle. I remember their single ‘Squares and Triangles’ being on sale at the merchandise stall.

When the Teardrops came on, Gav was straight down the front and kept shouting for the LP track ‘Second Head’, but I can’t remember if they played it or not. At this point in the band’s career, charismatic singer and upcoming Smash Hits pin up Julian Cope was still playing bass, Gary Dwyer was on drums – as he would be until the band expired in 1983 – and Dave Balfe, future managing director of Food Records who gave the world Blur, conducted keyboard duties. I can’t remember for sure who the guitarist was; they seemed to come and go on an almost weekly basis at the time, but checking I see that it must have been Alan Gill. There was a two-man brass section, which was a huge novelty back then.

The Teardrop Explodes were great. Even though I’d never heard them before the songs were immediately infectious, with a harmonic pop sensibility that, to me at least, looked back to the other rich Liverpool sound in the 1960s. I remember the mesmerising ‘Poppies in the Field’ and then current single ‘When I Dream’ being stand outs. They must have played ‘Reward’ as it was a hit only four months later, but I don’t remember them doing it. What I do know is that when the Teardrops next came to the UEA, it was £2.50 to get in and the LCR was packed to the rafters.

That night in 1980, I left the LCR with my musical tastes forever expanded, and a dedicated follower of Julian H Cope’s singular musical journey. Over thirty years later, Mr Cope has restyled himself as a pagan guru, Ian McCulloch is still touring with Bunnymen nucleus Will Sargent, and Pete Wylie… well, who knows?

Happily, I’m still going to the UEA and I’m still in love with the LCR.