FROM HALESWORTH YOUTH CLUB TO EMI VIA UEA

“We were still a 3 piece at the time, hadn’t released any records, and were using a £5 drum machine which I had to operate, as well as playing the Casio and singing. Multitasking was never my strong point. I’ve no idea how well the gig went; I think we were just pleased to be there.”

The first gig I ever attended was at the LCR in 1974, aged 14 or 15, it was a Halesworth Youth Club outing to see Curved Air. There was still a real hippy vibe at the time, everyone was sitting on the floor, hair was long and jeans were flared. The audience became a bit more animated when they played their only hit, Back Street Luv. After this they played it at least another 5 times.

Not long after this we had another trip to see Barclay James Harvest, who were incredibly popular with earnest young teenage boys such as myself. But times were changing, and the next trip was to see Dr Feelgood. This provoked a major rethink on hair length and trouser flaring among the youth of the era.

After a brief period of further education, I returned to Norwich in late '79 and in January 1980 I witnessed the best gig I’ve ever seen anywhere.  Although they were probably past their best, The Ramones were the most exhilarating, relentless and joyous band I have ever seen to this day. It was probably all over in 45 minutes! 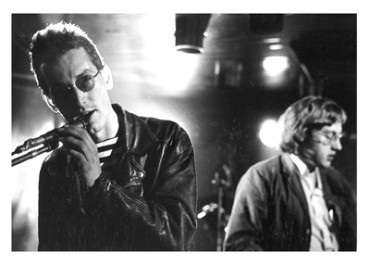 Further great acts that I saw in 1980 and 1981 include the Undertones, The Pretenders, XTC, Elvis Costello, Gang of Four, The Fall, and The Monochrome Set. A regular feature of going to these gigs was to spend too long in the bar downstairs and miss the support act, and often half of the main act’s set. I was very glad when I didn’t follow this routine one night and saw a very early Altered Images, who were absolutely charming and far better than the main act (I think they were called U2 or something similar). 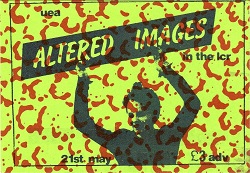 I was very fortunate to play at the LCR twice with The Farmer’s Boys. The first time was in early 1982 when Nick Rayns very kindly invited us to support Orange Juice, who were at their absolute peak. We were still a 3 piece at the time, hadn’t released any records, and were using a £5 drum machine which I had to operate, as well as playing the Casio and singing. Multitasking was never my strong point. I’ve no idea how well the gig went; I think we were just pleased to be there.  In December 1983 we were back as the main act, now a four piece with all manner of expensive technology at our disposal.  I would like to think that we gave good value for the £1 admission. 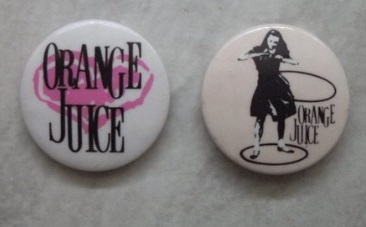 I have been back to the LCR a few times over the years; Blur in 1994 were a real highlight, as were Midlake and Jason Lyttle in 2010.

Looking down the list there’s a few nights that I wish I’d been there to see: Mercury Rev and The Flaming Lips in 1999, Muse in 2001, but the one which really stands out for me is REM in November 1984. I’m sure that I wasn’t doing anything better that night!