Q&A with Tracey Thorn: on the road with her book tour and returning to UEA's Literary Festival with a rescheduled date on 8 May.

First, many congratulations on the publication of your latest book: Another Planet – A Teenager in Suburbia – the reviews have been great – are you already being asked what comes next?

Thorn: Yes, and in fact an announcement has already been made in the Bookseller that I have signed with Canongate for my next book, which I am beginning work on now. It will be another non-fiction book, centred on the story of my friendship with Lindy Morrison, the drummer with Australian band the Go-Betweens. As the press release said, it will be a tale of 1970s activism and agitprop theatre, lesbian punk bands and police-state cities, rock ’n’ roll love affairs, female friendship, sex and drugs, Australia and London. Crucially, it will look at how the stories of women in music are told and who tells them.

In Bedsit Disco Queen (which I read almost in one sitting by the way) you mentioned that you’d been rejected by UEA as a would-be student in the ‘80s. I couldn’t help thinking that our loss was most definitely Hull’s gain. May I apologise for this oversight?

Thorn: Well thank you, although it did of course turn out alright for me in the end! I remember my visit to UEA, and it was one of those bleak, wintry days, with a searing wind blowing across the campus. I found the place a bit intimidating. Probably because of the chill outside, and the lack of warmth from the interviewer. I was very happy to go to Hull.

You played five gigs in our LCR venue in the ‘80s and ‘90s with Everything But The Girl (we have a poster from 1984) – do you have any stand out memories from your gigs at UEA?

Thorn: I am going to have to be really honest and admit that I have very few stand out memories from all my years of touring. In the end, there were just so many gigs, and unless something went spectacularly wrong, they tend to blur together. I do remember that poster though. It was a good one. 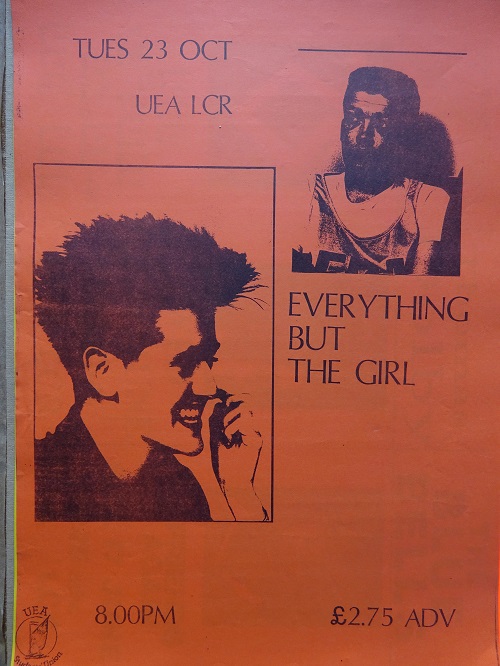 Welcome back by the way - your forthcoming appearance at UEA’s Literary Festival on May 8 won’t be the first time you’ve appeared on the Festival’s line-up. You visited in 2013 (we have the poster for that as well – we’re a bit like that at #UEAgigs): did it feel strange to visit the campus for a book festival rather than to play a gig?

Thorn: It was a long time since I’d done any gigs by then, so I think I was getting used to being back on stage but in a completely different capacity. I was interviewed by Lavinia Greenlaw, and we got on so well that we carried on chatting once we got off stage, then exchanged numbers, and have since become firm friends.

Your Twitter feed is buzzing – do you find it keeps you in touch with your fan base? (How did we manage without it?)

Thorn: I joined Twitter in order to “keep in touch with my fan base”, but I realised within about half an hour that it was going to be so much more than that. Twitter is useful for promo but all the fun stuff happens in different conversations. I have made loads and loads of friends via Twitter, and the feedback from people who listen to the music or read the books is absolutely lovely.

When writing and recording in the ‘80s did you dream that people would still be listening 30/40 years later? Would you have done anything differently if you’d known?

Thorn: Never gave it a second’s thought honestly. When you’re in your twenties you’re not really all that bothered about what’s going to be happening in 30/40 years’ time. It doesn’t seem real. But if I had thought about it, I would have been surprised. In the 80’s, for instance, we weren’t listening to music made in the 40’s. Pop music has now become ageless, sort of like classical music. It’s just a genre, and no one seems to care what era things come from. Streaming services have also massively encouraged this keeping alive of music from the past. It’s all there, a single click away.

I would have done lots of things differently throughout our career, but that’s only because, like every artist, I can now see all the flaws, and believe I could correct them.

Pre-digital music archives celebrating ticket stubs, history, listings, set lists etc. seem very popular now (or so we like to think). Many boxes in numerous attics have been raided by followers of UEA’s gig history project. You delved into your teenage diaries for Another Planet, do you have a bank of musical memorabilia you have plans for?

Thorn: No, I’m not really interested in looking at stuff for its own sake, like in a museum or something. I’m more interested in using it as a trigger for memories, or ideas, in order to create something new.

Do you spot modern day versions of the Marine Girls in performers like (Norwich girls) Let’s Eat Grandma?

Thorn: Absolutely. Although they are WAY more musically sophisticated and polished than we were. Inevitably. Everyone is.

Any advice for current UEA, (or any), students thinking of a career in writing or performing?

Thorn: Huh, I dunno really. All my knowledge of the music business is hopelessly out of date. I just know it’s very tough out there. But that’s true whatever you wanna do. It’s tough out there, is my only advice.

Another Planet - A Teenager in Suburbia

I'm not the only person to have grown up stifled and bored in suburbia, it's almost the law. The diary entries, this monotonous litany of having nothing to do, are a relentless howl of frustrated energy. Brookman's Park was stultifying, frozen-in-time. In the world at large, things changed a lot during the 1960s and '70s, but in the heart of the Green Belt nothing seemed to move. Stranded in the past it wrestled with the present, and hated the future. And there I was, stuck with it. 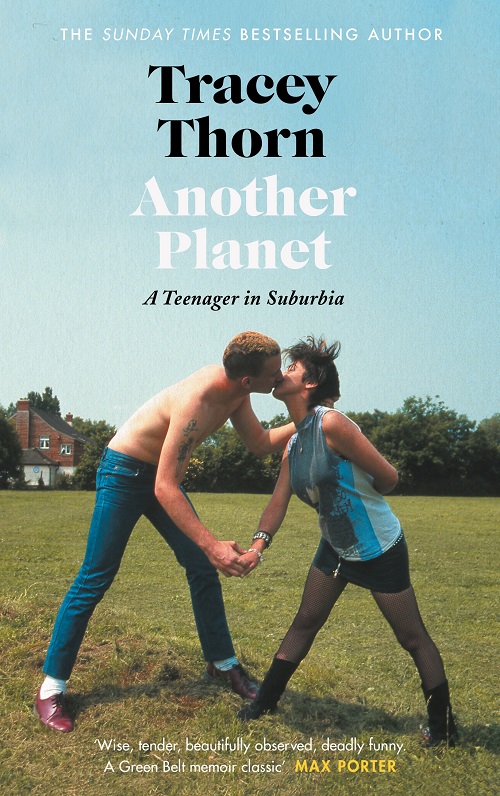 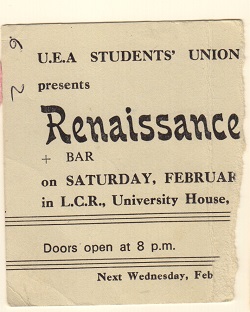